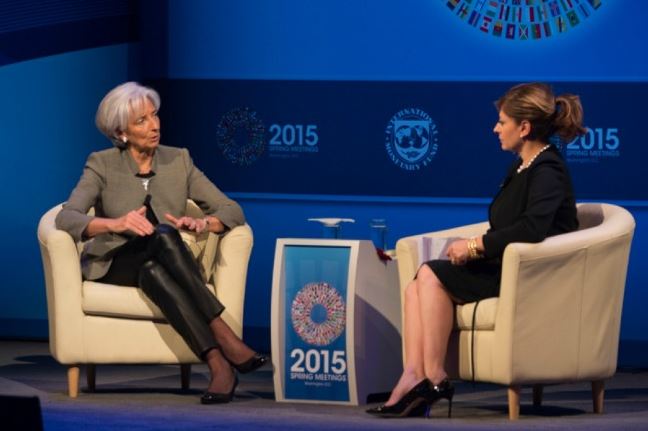 From April 15 – 17 the IMF and World Bank will host their annual Spring Meetings. Look at this years agenda here. The Atlantic Council’s Global Business & Economics Program hosts several events in the context of the Spring Meetings- Check out the “Upcoming Event” section below or stay tuned on twitter @TTIPAction.

Do you like staying up-to-date on transatlantic trade issues?  Want to have TTIP & Trade in Action emailed to you weekly?

The Atlantic Council’s Global Business & Economics Program conducted an aggregation study of reports about the economic effects a Brexit would have on the United Kingdom.  All studies analyzed found net losses for the United Kingdom, even in optimistic scenarios. Check out the details in our econographic “A Costly Goodbye.”

This week the European Commission released a document explaining how “Positive” and “Negative” lists are used in trade agreements.  These lists are used to identify the trade sectors in which the parties in a trade agreement will provide or restrict Market Access (allowing the other party’s service suppliers or investors access to domestic markets) and National Treatment (ensuring domestic providers do not receive preferential treatment), and list exceptions to these lists.  The use of either “positive” or “negative” lists depends on negotiating positions – the European Union has used both in its various agreements and even has used “hybrid” lists. (European Commission)

This week US Agriculture Secretary Tom Vilsack traveled to Europe to meet with various stakeholders about the areas of mutual interest between EU and US agriculture industries.  In Berlin, he met with German Agriculture Minister Christian Schmidt and stressed the importance of TTIP for agriculture and encouraged progress in negotiations during the Obama administration. (Reuters)

In the coming days, he will travel to Paris to co-chair the Organisation for Economic Co-operation and Development’s (OECD) meeting of Agriculture Ministers to discuss global agriculture needs. (United States Department of Agriculture)

Czech Prime Minister Bohuslav Sobotka traveled to Washington, DC this week as part of the 50 world leaders attending the final nuclear summit.  While in Washington, he gave a speech at the Brookings Institute in which he shared the central European perspective of the challenges currently facing the European Union. In his speech, he stipulated that during times of crisis Europe should cement the transatlantic relationship through the strengthening of NATO and the conclusion of the TTIP. (Prague Post)

Letter: In Defence of TTIP, and My Role as EU Trade Commissioner

European Commissioner for Trade Cecilia Malmström personally responded to an article written by John Hilary attacking her efforts to conclude TTIP negotiations. While acknowledging that Mr. Hilary is entitled to his opinion, Commissioner Malmström defends her efforts as being in the best interest of the European people. She cites a statement from the United Kingdom’s NHS stating that TTIP will not infringe on its operations, and states that she is in constant communication with all interest groups concerned with the agreement as well as European ministers to ensure their involvement in the process. She concludes by saying that she wants the TTIP debate to be constructive and based on facts. (The Independent)

Timothy Adamson, a Research Specialist at AmCham EU, relays the support showed by government, business, and civil representatives for TTIP at an event co-sponsored by EurActiv and AmCham EU last week. Additionally, Adamson compiles and summarizes studies confirming the positive economic projections resulting from a successful agreement.  A particularly interesting statistic he cited was that 4 out of 5 UK small businesses do not export, but companies that do export grow faster and create more jobs than those that do not, and that easing export barriers for SMEs is a specific goal of TTIP. (EurActiv)

The UK Department for Business Innovation & Skills published a pamphlet explaining how TTIP would benefit the United Kingdom.

The Prime Minister of Thailand, Prayut Chan-o-Cha, is expected to announce the country’s participation in the TPP pending the release of study on the economic benefits of the agreement conducted by thePanyapiwat Institute.  The study is expected to confirm that the agreement will have great economic benefits for Thailand, although some sectors will be negatively impacted, as in most countries. Thailand has first expressed interested in joining the TPP in 2012. (The Nation)

On March 30, Deputy US Trade Representative Robert Holleyman, spoke at the Commonwealth Club of San Francisco to explain the importance of the TPP in supporting the continued growth of the US digital economy.  As the digital economy becomes increasingly globalized, barriers to cross-border data flows and protectionist licensing regimes have grown to prevent international free digital trade. The TPP includes 24 specific provisions to ensure the growth of digital trade. (United States Trade Representative)

The Chief Agricultural Negotiator for the US Trade Representative, Ambassador Darci Vetter, spoke at the Arkansas Farm Policy Summit this week and explained the benefits of the TPP to the American agriculture industry.  By opening markets and reducing tariffs, the deal would generate $4.4 billion of annual farm income alone. Ambassador Vetter repeatedly mentioned that the TPP region will support two-thirds of the world’s middle class by 2030 and not passing the bill would hamper the US economy. (Delta Farm Press)

The European Commission unveiled an interactive infographic that visualizes the trade relationships between the EU28, the individual member nations, and their top trading partners.  The strength and importance of the transatlantic relationship and the circular economy becomes more apparent the more you explore. (European Commission)
CETA Set to Strengthen EU-Canada Partnership
Marietje Schaake, a member of the European Parliament’s International Trade Committee (INTA) delegation to Canada,  writes for The Parliament this week about the depth of shared values between Canada and Europe.  The commitment to universal human rights, democracy, and international law are exemplary of some of the pillars of their common values.  To her, the CETA, which recognizes the EU’s geographical indications as well the transparent investor dispute mechanism, reaffirms their commitments to open societies and markets. (The Parliament)