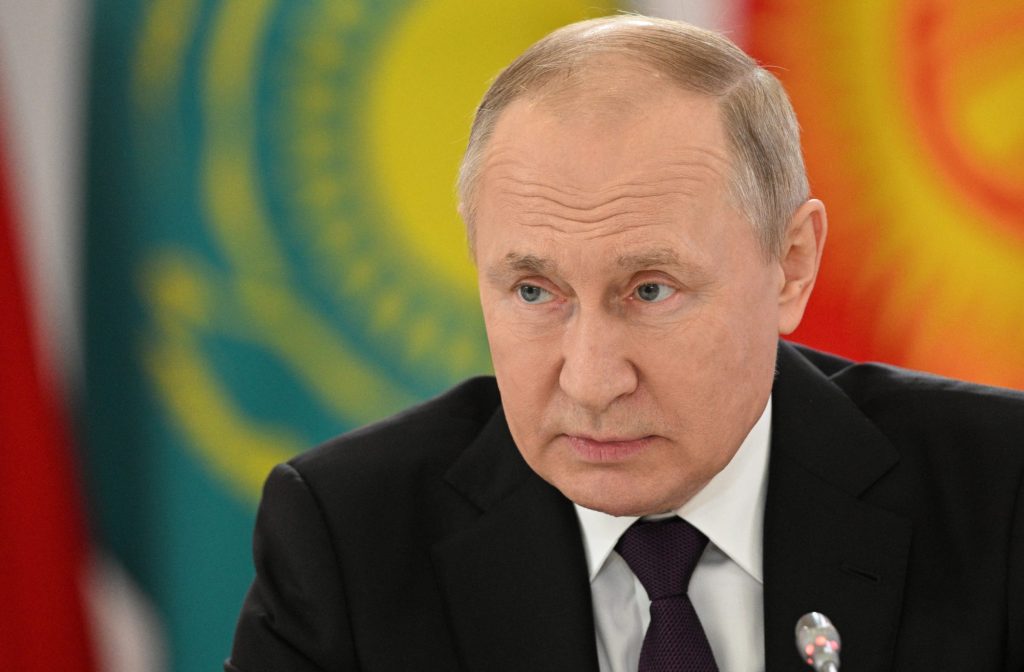 Russia’s carefully choreographed political talk shows are notorious for their anti-Ukrainian invective, but in late November the target was Kazakhstan. “We must pay attention to the fact that Kazakhstan is the next problem, because the same Nazi processes can start there as in Ukraine,” commented one pundit on the prime time Evening with Vladimir Solovyov show. Russian officials subsequently criticized this thinly veiled threat, but many observers noted that in the tightly controlled world of Kremlin propaganda, such sensitive statements are unlikely to have been made without some form of prior approval.

The incident highlights rising concern in the Kremlin as the invasion of Ukraine continues to erode Russia’s position elsewhere in the former Soviet Empire. The most prominent shift since the onset of the invasion has been in relations with Kazakhstan, which has demonstrated its desire to distance itself from an increasingly isolated Moscow and pursue a more assertive multi-vector foreign policy with closer ties to China, Turkey, and the West.

Kazakhstan has traditionally been one of Russia’s closest allies. Due to a combination of factors such as common history, security cooperation, economic integration, and one of the world’s longest shared borders, there is little chance of a complete collapse in bilateral ties. Nevertheless, Kazakhstan has adopted a principled position in relation to the current war and has underlined that it does not approve of Russia’s attack on Ukraine.

Kazakh President Kassym-Jomart Tokayev made his position particularly clear during the annual Saint Petersburg International Economic Forum in June. Seated on stage alongside Russian President Vladimir Putin, Tokayev declared that Kazakhstan had no intention of recognizing the independence of the so-called Luhansk and Donetsk People’s Republics in eastern Ukraine. The move was widely seen as a very deliberate and very public snub to Putin and the Russian invasion of Ukraine.

Tokayev’s comments in Saint Petersburg came following a series of moves signaling Kazakhstan’s decision to step away from Russia. Since the invasion began in February, Kazakhstan has chosen to abstain rather than back Russia during a number of key UN votes on the war. The Kazakh government has also vowed to strengthen energy cooperation with Europe at a time when Putin was hoping to use his stranglehold on oil and gas supplies to pressure European leaders into abandoning their support for Ukraine.

In a highly symbolic move, Kazakhstan canceled the country’s annual Victory Day celebrations in May. This gesture angered many in Moscow, where official reverence for the Soviet role in World War II is regarded as an indication of continued political loyalty to Russia.

As the invasion of Ukraine has escalated, so has the critical rhetoric from Kazakh officials. When hundreds of thousands of Russians fled to Kazakhstan in September in order to avoid mobilization into the Russian army, Tokayev vowed to provide humanitarian assistance. In a stinging rebuke, he said most of the fleeing men had been forced to leave Russia due to the “hopeless situation” in the country, before condemning Putin’s attempts to annex four partially occupied Ukrainian provinces.

As Russian influence recedes, Kazakhstan is moving forward with a more assertive foreign policy of its own. In recent weeks, this has seen the Chinese and German leaders both visiting the Central Asian country. On November 11, Tokayev participated in the Summit of the Organization of Turkic States in neighboring Uzbekistan, where he again stressed the importance of strictly observing the UN Charter. In a further blow to Moscow, Kazakhstan has already begun to enhance the Trans-Caspian international transport route, which bypasses Russia and travels through China, Kazakhstan, the Caspian Sea, Azerbaijan, Georgia, and on to Europe via Turkey.

Russia is likely to fall further behind as other countries take advantage of Putin’s rapidly unraveling invasion of Ukraine to gain influence in Central Asia. Kazakhstan is now actively strengthening ties with two of Russia’s main Eurasian competitors, China and Turkey. During a May visit to Ankara, Tokayev signed an agreement on deepening security sector cooperation and joint development of military drones.

China is likely to emerge as the biggest winner from the shifting geopolitical balance of power in Central Asia, with Beijing understandably keen to emphasize its support for Kazakhstan. During a September visit to the Kazakh capital, Chinese President Xi Jinping spoke of China’s “strong support to Kazakhstan in protecting its independence, sovereignty, and territorial integrity.”

Looking ahead, Kazakhstan faces the challenging task of maneuvering between the Russian bear and the Chinese dragon. Russia looks set to remain an important power in Central Asia and a key partner for Kazakhstan, but Moscow will now longer be able to dominate the region as it once did. Putin’s invasion of Ukraine has already led to historic changes in Central Asia and sparked a push by Kazakhstan to pursue a more independent foreign policy.

For now, there is no question of Kazakhstan adopting an adversarial approach to Russia or choosing to side exclusively with Moscow’s rivals. Any such moves could have potentially disastrous consequences for the country’s security and independence. However, it is increasingly clear that as a result of Putin’s failing Ukraine invasion, Russian influence in Kazakhstan and the wider Central Asia region is in decline and has receded to levels not witnessed for over a century.

Kamila Auyezova is a research analyst who focuses on geopolitical and climate issues in Eurasia. You can find her on Twitter @KAuyezova.

The West must urgently overcome its fear of provoking Putin

Western leaders insist they will stand with Ukraine until Russia’s invasion is defeated but fear of provoking Putin continues to constrain the democratic world’s response to a war that has already cost tens of thousands of lives.

Ukraine must be allowed to strike back against targets inside Russia

In order to defeat Putin and end the war, Ukraine must be allowed to strike back inside Russia. At present, this is not possible due to restrictions imposed by Ukraine’s overly cautious international allies, writes Ira Straus.