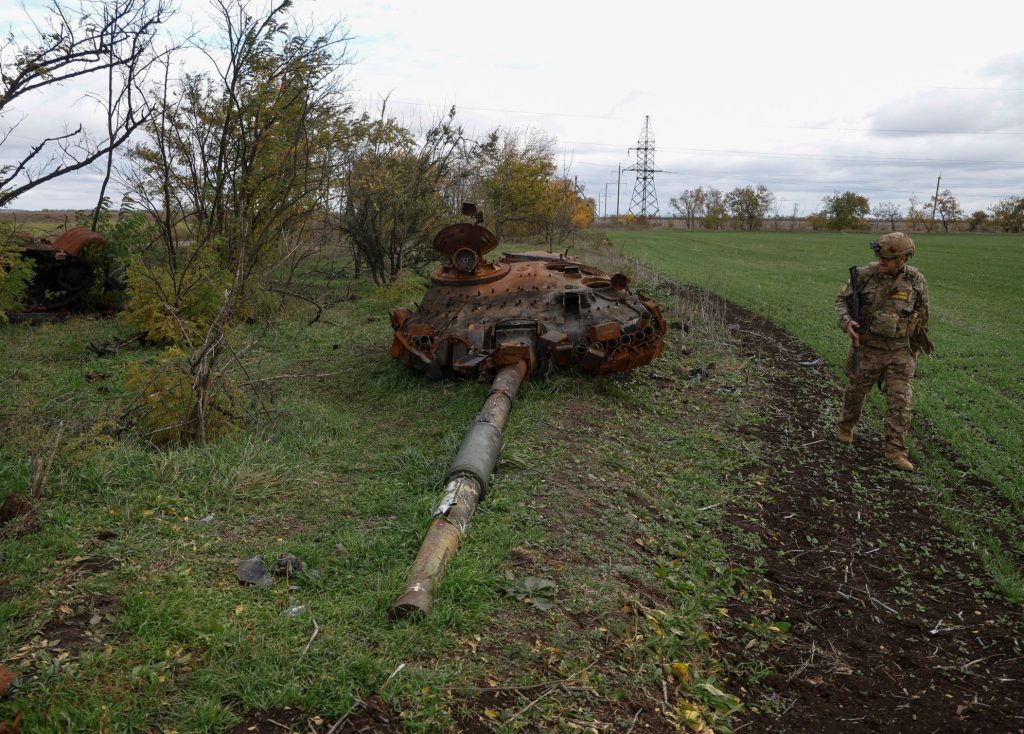 When will the Ukrainian military finally retaliate for the ongoing destruction of their own country by striking back at targets inside Russia? The short answer is: When Ukraine’s partners allow them to do so.

Many people may not have noticed, but the United States and Ukraine’s other Western allies have been protecting Russia from Ukrainian counterattack ever since the invasion began on February 24. Ukraine has a legal right to hit back inside Russia, but is currently not being permitted to do so by partners whose support Kyiv cannot afford to lose. The US and others have placed limits on acceptable targets for the arms they provide, while also demanding assurances from Kyiv that these weapons will not be used inside Russia itself.

The current approach grants Putin impunity to continue attacking and escalating without fear of a proportionate response. It has resulted in a surrealistic war where the aggressor benefits from guarantees that any destruction will be limited to the territory of his victim.

This is particularly evident in the devastating recent Russian attacks on Ukraine’s critical civilian infrastructure, which will keep getting worse until Ukraine regains its right of retaliation. If Ukraine received the appropriate weapons and a green light from its Western partners to hit back against Russia’s own infrastructure, Moscow would likely think twice about its current bombing campaign.

Today’s war is arguably not the first time Russia has benefited from restrictions imposed by the West on Ukraine’s ability to defend itself. In 1994, the US and UK partnered with Moscow in the nuclear disarmament of post-Soviet Ukraine. There were a number of good reasons for this step, but the West should have provided Ukraine with a conventional deterrent force in exchange. It should do so now.

Self-defense is a basic right of every nation and includes proportionate lawful retaliation. This is essential in order to deter international aggression. Ukraine’s partners should be facilitating the country’s ability to exercise this right, not undermining it.

Restricting Ukraine’s ability to defend itself could lead to alarming international security consequences far from the front lines of the current conflict. It is one thing for the United States to restrain NATO allies which it is directly protecting, but it is quite another for the US to limit the right to self-defense of a friendly non-NATO country that it is helping only at arm’s length. This could establish a dangerous precedent and invite the invasion of other US allies.

Why does the West protect Russia? The reasons given for this have often been less than logical. Some have argued that allowing Ukraine to strike targets inside Russia, or even arming Ukraine enough to win on its own turf, would provide Putin with a pretext for attacking further, as if he needed one. Instead, Putin has been granted impunity to attack and escalate at will. Unsurprisingly, he has done so.

The only reason Russia enjoys “escalation dominance,” to use the doctrinal phrase, is because the West keeps granting it. This is based on false assumptions. Russia may have more weapons, but Ukrainians are fighting for their homeland. They believe in their cause and are prepared to fight hard for it. The same cannot be said for Russians. This is the simple reality ignored by Western policymakers when they adopt a defeatist-leaning doctrine.

The flawed thinking behind current doctrines and policies also helps to explain why so many Western governments planned on Ukraine collapsing in a matter of days. It sheds light on why they did not arm Ukraine properly in advance to deter the attack, and why subsequent efforts to arm Ukraine have consistently fallen short. There has also been a widespread reluctance to voice support for a Ukrainian victory, reflecting the mistaken belief that too much Ukrainian success would be dangerous.

The Biden Administration appears to have settled in for a war of attrition, but this approach risks weakening the alliance in support of Ukraine. Attrition undermines NATO morale and increases the prospects of a defeat that would discredit the entire alliance.

Crucially, attrition leaves Ukraine and Europe to bear the main burden of a protracted war, with Ukraine suffering destruction and Europe paying for sanctions. These costs are already nearing one trillion US dollars for Ukraine and another trillion for Europe, according to some estimates. Europeans find themselves confronted with the prospect of a perilous winter heating season and a new wave of Ukrainian refugees. Meanwhile, many Americans are angry about Europe’s failure to share the burden of arming Ukraine.

If Ukraine had been given sufficient weapons for a fair fight, the country would likely have secured victory long ago. Indeed, if Kyiv had received enough arms before Putin launched his full-scale invasion, there would probably not even have been a war at all. This is the cost of ambivalence.

Overly cautious Western policies have clearly failed to restrain Putin. Yet the realities of a losing war are now restraining him anyway. He can see that his invasion is not going according to plan. Putin wanted a short, victorious war but finds himself embroiled in the largest European conflict since World War II. The Russian military shows little enthusiasm for the war and may refuse to follow orders if he goes too far. This could have fatal consequences for the Putin regime, which is significantly more brittle than people may assume. The defeatist perspective in many Western capitals fails to take these realities into account.

The Ukrainian military has already demonstrated that it is capable of defeating Russia on the battlefield. Ukraine will win the war if we let it. This means providing Ukraine with the weapons it needs in the necessary quantities without delay. It also means lifting restrictions on Ukraine’s ability to hit Russian targets. In order to defeat Putin and end the war, Ukraine must be allowed to strike back inside Russia.

Ira Straus is chair of the Center for War/Peace Studies and senior advisor at the Atlantic Council’s Scowcroft Center. He was a Fulbright professor of international relations in Moscow in 1997-98 and 2001-02.