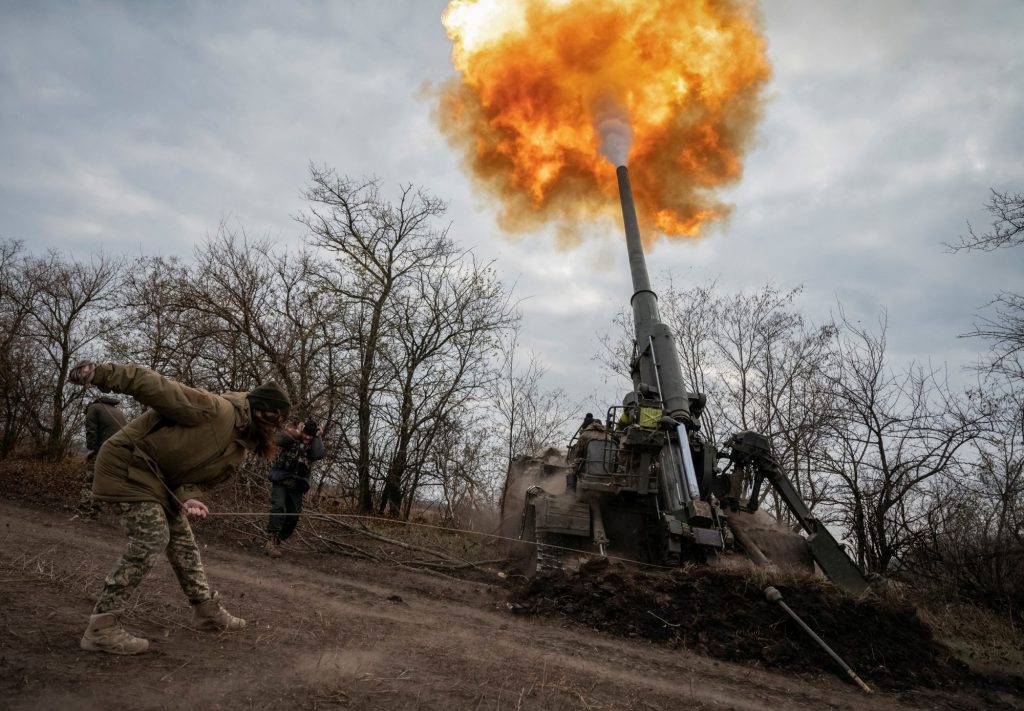 Russian Minister of Defense Sergei Shoigu gave the order on November 9 for Russian troops to abandon the strategically important Ukrainian city of Kherson and withdraw altogether from the west bank of the Dnipro River. This Russian retreat is a major victory for Ukraine and a humiliating personal defeat for Putin, who just weeks ago declared that Kherson had joined Russia “forever.”

The decision to withdraw to the left bank of the Dnipro was announced via a televised briefing featuring Shoigu and General Sergei Surovikin, the Russian commander charged leading the invasion of Ukraine. Surovikin acknowledged that Ukrainian advances made it no longer feasible to resupply troops on the west bank and suggested pulling back to defensive positions across the river.

Some Ukrainian officials reacted cautiously to news of the withdrawal. “Actions speak louder than words,” noted Ukrainian presidential advisor Mykhailo Podolyak in a social media post. “Ukraine is liberating territories based on intelligence data, not staged TV statements.” Others were more upbeat, with fellow presidential advisor Oleksii Arestovych declaring, “Let’s get it right. Russia is not withdrawing from Kherson. Russia is being beaten back from Kherson by Ukraine’s defense forces.”

Arestovych is not wrong. Ukraine has been waging a methodical and highly effective counter-offensive in the region around Kherson since the summer months. This campaign has featured incremental gains along a broad front alongside precision airstrikes on bridges to cut the Russian army off from resupply. These tactics appear to have worn down Putin’s troops and paved the way for today’s painful decision to withdraw.

If confirmed, Russia’s retreat from Kherson will be a hugely significant development that could serve as a turning point for the entire war. In terms of military strategy, the loss of Kherson leaves Moscow with little chance of achieving its stated goal of occupying key port city Odesa and seizing Ukraine’s entire Black Sea coastline. Instead, Putin’s invading army will find itself confined to the eastern half of Ukraine up to the Dnipro River.

While Russia’s withdrawal will have a significant military impact, the loss of Kherson will resonate far beyond any immediate strategic implications. Kherson is the only regional capital captured by Russia since Putin launched his invasion almost nine months ago. The Kremlin has gone to great lengths to strengthen its grip on the city and surrounding region, ruthlessly crushing any potential opposition while imposing policies of russification and eradicating symbols of Ukrainian identity.

Kherson was one of four partially occupied Ukrainian regions to be illegally annexed by Russia on September 30 as Moscow sought to raise the political stakes of its invasion following a series of battlefield setbacks. The annexation ceremony took place amid much pageantry in the Kremlin’s imposing St. George’s Hall, with Putin himself delivering a fiery anti-Western speech before declaring the four regions to be irreversibly part of the Russian Federation. He now faces the embarrassing task of explaining why “forever” turned out to be less than six weeks.

Unsurprisingly, Putin does not appear in any hurry to accept the blame for the loss of Kherson. Instead, he was conspicuously absent from the carefully choreographed TV event announcing the Russian army’s withdrawal. This is very much in keeping with Putin’s traditional aversion to bad news, which also saw him pass on responsibility for unpopular Covid-related decisions to local officials and regional governors.

Given the gravity of the situation facing the Russian army in Ukraine, even Putin’s much-vaunted propaganda machine may now struggle to shield him from criticism. The retreat from Kherson is the latest in a long line of defeats that have done much to shatter Russia’s reputation as a military superpower and raise questions about Putin’s leadership.

During the first weeks of the invasion, Russia lost the Battle of Kyiv and was forced to withdraw from northern Ukraine. After months of minimal progress in eastern Ukraine’s Donbas region, Putin then suffered another crushing blow when a lightning Ukrainian counter-offensive succeeded in liberating most of the Kharkiv region in a matter of days. With morale now likely to plummet further, his invasion is in danger of unraveling completely.

The loss of Kherson will spark a fresh round of recriminations inside Russia as supporters of the invasion and regime officials search for guilty parties to blame for the debacle. The mood among regime loyalists and hardliners is already dark. Former Kremlin advisor Sergei Markov branded the decision to leave Kherson, “Russia’s biggest geopolitical defeat since the collapse of the USSR.” Meanwhile, influential pro-war Telegram account War Gonzo, which has over 1.3 million mostly Russian subscribers, described the announced withdrawal as, “a black page in the history of the Russian army. Of the Russian state. A tragic page.”

Putin will now be hoping his beleaguered troops are able to dig in and defend a new front line along the eastern bank of the Dnipro River. He desperately needs to secure some breathing space in order to train and equip recently mobilized troops, but Ukraine appears in no mood to accept increasingly urgent Russian proposals for a fresh round of negotiations. Instead, Kyiv will seek to press home its obvious advantage.

The liberation of Kherson will provide the whole Ukrainian nation with a welcome morale boost and will also energize the international coalition of countries supporting the fight back against Russia’s invasion. Ukraine has held the military initiative in the war since July and has now once again demonstrated that it is more than capable of defeating Russia on the battlefield. Victory in Kherson will be seen as further proof that Ukraine can deal a decisive blow to Putin’s imperial ambitions if provided with the tools to do so.

NATO, Nazis, Satanists: Putin is running out of excuses for his imperial war

Vladimir Putin has blamed his invasion on everything from NATO expansion to Nazis and Satanists. In reality, he is waging an old-fashioned war of imperial expansion with the end goal of extinguishing Ukrainian statehood.