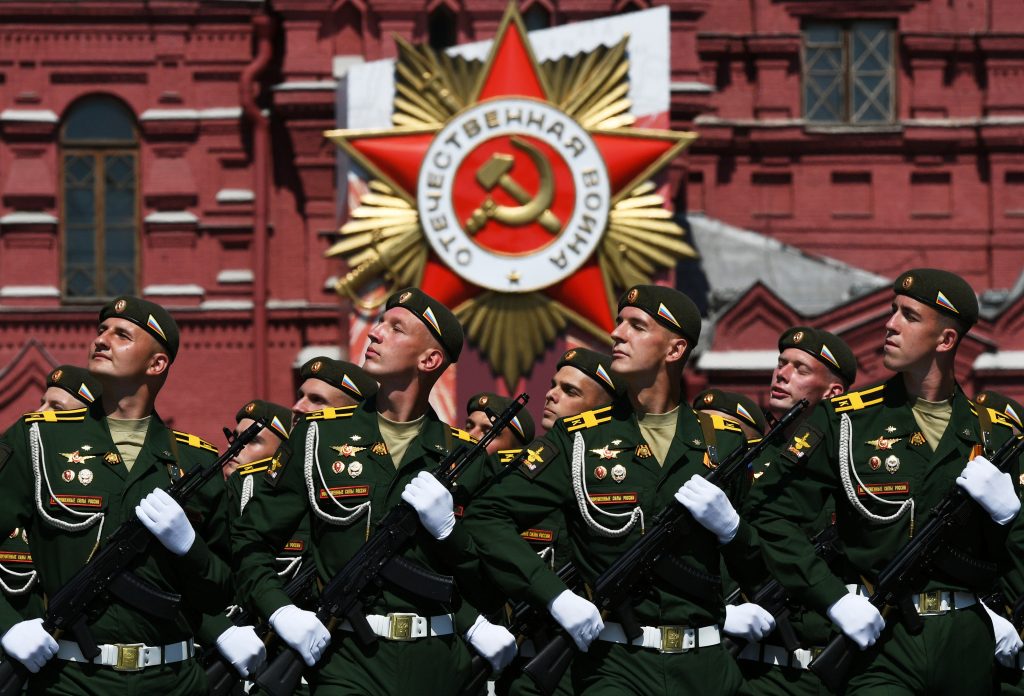 After more than five years of deadlock in Russia-Ukraine peace talks, it is obvious that fresh approaches are needed in order to stop the war on Europe’s eastern border. This means exploring pragmatic modifications to the existing Minsk Process.

Previous suggestions of this nature have met with resistance, but the consequences of failing to explore alternative options could prove far worse than a mere continuation of the current military stalemate in eastern Ukraine. As Vladimir Putin himself has underlined in his most recent public statements, Russia remains a deeply revisionist power. Unless Kremlin aggression is ended in Ukraine, it will spread further into Europe.

Progress towards peace requires an honest appraisal of the goals and objectives not only of Ukraine and Russia, but also of Europe and the entire Western world.

Ukraine’s goals remain unchanged. The country seeks the full restoration of its territorial integrity and sovereignty, meaning the de-occupation and secure reintegration of the Russian-occupied parts of Donetsk and Luhansk regions along with Crimea. It is worth underlining that “secure reintegration” means returning these regions to Ukrainian control without creating unacceptable risks or provoking social turbulence that could destabilize the whole country.

The Normandy Format remains the main platform for negotiations to end the conflict, with the participation of Ukraine, Russia, France and Germany. The 2014-2015 Minsk Agreements continue to serve as the framework for these negotiations, while the Trilateral Contact Group focuses on the logistics of practical implementation. Together, these elements represent the Minsk Process.

It is now over six years since the June 6, 2014 creation of the Normandy Format, but the prospects of de-occupying the regions of Ukraine seized by Russia remain as distant as ever. Why has progress proved so elusive?

The 2014-15 Minsk Agreements were concluded at a time when the risk of conflict escalation was at its highest. They were literally signed at gunpoint, with talks taking place in the shadow of Russian tanks and artillery. The terms agreed in 2014-15 succeeded in preventing the spread of the conflict and doubtless saved many thousands of lives. Nevertheless, it is equally apparent that the Minsk Agreements in their current form are insufficient to end the war.

In a number of ways, the terms of the Minsk Agreements no longer reflect the realities on the ground in eastern Ukraine. This is most immediately apparent in relation to the line of contact, which was meticulously recorded in the official Minsk Agreements. The front line as defined in early 2015 has since been rendered obsolete by the subsequent Russian occupation of a further 1,800 square miles of Ukrainian land. Clearly, such anomalies rob the entire Minsk Process of its logic.

Over the course of the last year, Ukraine has made considerable efforts to re-launch the practical component of the Minsk Process, including everything from front line troop withdrawals to reformatting its Trilateral Contact Group delegation. Despite these measures, the much hoped-for breakthrough has failed to materialize. Instead, our Russian colleagues continue to violate the ceasefire, which is the most fundamental point of the entire Minsk Process.

Despite these challenges, Ukraine advocates the continuation of efforts within the framework of the Minsk Process. This is the right approach, at least as long as hopes remain of securing the release of Ukrainians currently held in Russian prisons. To achieve any progress at all, we recognize that contact is necessary. However, the need for a revised framework is also clear.

So far, Ukraine’s international partners have expended considerable energy attempting to force Kyiv to fulfill the terms of the Minsk Agreements in their present form. This approach fails to take into account the very different interpretations of the Agreements favored by the opposing sides. The British analyst Duncan Allan, with whom I had the honor of discussing the matter at Chatham House, offered a very succinct summary of this dilemma: Ukraine views the Minsk Process as a chance to restore its sovereignty, whereas Russia sees it as an opportunity to curtail this sovereignty.

What would an alternative approach look like? There are a number of obvious red lines that should be recognized in order to move forward. For example, Kyiv has made it clear that there is no point discussing “special status” for Russian-occupied eastern Ukraine, and regards the issue as having been introduced into the peace process under duress. Contrary to Russian claims, Ukraine’s refusal to implement this status is not due to fears of a radical backlash, but in deference to the will of the Ukrainian people.

Failure to modify the Minsk Process will invite an eventual escalation in the conflict. In such a scenario, the problems that Ukraine currently holds at bay on Europe’s eastern frontier will multiply by an order of magnitude and rapidly shift some 1,300 kilometers to the west, reaching the borders of Poland, Slovakia, Hungary and Romania.

Nor is Russia likely to stop there. Spreading instability is a central tenet of Vladimir Putin’s hybrid warfare doctrine, and there is every reason to believe this includes creating greater turbulence in Europe. The Russian president has recently called the borders of all the former Soviet republics into question, claiming that numerous unspecified republics left the USSR while in possession of “historically Russian lands.” This thinly veiled threat is not limited to Ukraine, Belarus, or Kazakhstan. It also applies to the three Baltic nations, which are all EU and NATO member states.

Putin underlined his ominously imperial thinking towards the Baltic states in a June 2020 article for The National Interest that allowed the Russian ruler to share his profoundly unapologetic view of Soviet conduct during WWII. He described the 1940 invasion and annexation of the Baltic states as “the incorporation of Latvia, Lithuania and Estonia,” before going on go claim, “their accession to the USSR was implemented on a contractual basis, with the consent of the elected authorities.” Comments of this nature expose the grim reality of Putin’s revisionist worldview, regardless of the wishful thinking that many of Ukraine’s partners would prefer to believe.

This raises a number of important questions. To what degree is the West aware of the challenge it faces? Does the West recognize that spreading turbulence closer to the heart of Europe is part and parcel of Russia’s strategy? Should Europe help to create a fault line that runs from the Baltic States to the Black Sea? This is no metaphor, nor is it an exaggeration.

The experience of recent years should already have been sufficient to convince Western leaders that appeasement is not an effective way to address the security challenges presented by Putin’s Russia. Failure to confront the Kremlin in Crimea in early 2014 has only encouraged greater Russian boldness. Moscow has expanded its military presence everywhere from Syria to Libya, while at the same time broadening the scope of its hybrid war operations throughout North America, the European Union and beyond.

With examples of Russian aggression increasing in the international arena, the Western world must decide where to draw the line. Ukraine faces no such dilemmas – the country is committed to defending every inch of its territory, even if that means doing so alone. Western leaders can either commit to helping Ukraine defend itself, or face the consequences on their own territory in the near future.

At present, the Western world seems unsure of how best to contain a resurgent and revisionist Russia. As the front line nation in the current confrontation, Ukraine is the most obvious focus for containment strategies. In practical terms, this means revisiting the Minsk Process and adapting the framework of the current dialogue to reflect geopolitical realities. Now is not the time to cling dogmatically to existing arrangements. On the contrary, creative approaches are required in order to safeguard global security and prevent further European destabilization.

As well as supporting a pragmatic approach to implementation of the Minsk Agreements, Western leaders should also revisit the role and functions of the international security institutions involved in the Ukraine peace process. For example, the OSCE has never deployed peacekeepers on a large scale to neutralize a conflict. The time may now be ripe for such a move. We are fully aware of the gravity of the challenge, but a successful outcome would be significant for the entire continent. This would require real leadership and could be a special task for Sweden, which will chair the OSCE in 2021.

If the usual coalitions do not work, we in Ukraine should think about creating new ones and attracting new allies.

The search for new models across various international platforms should be coupled with expanded bilateral cooperation between Ukraine and all countries invested in restoring peace in Europe and preserving it for the wider world. Ukraine has recently progressed to the next stage in its relations with NATO. We are ready to affirm Ukraine’s new Enhanced Opportunity Partner status in collective as well as bilateral security models. This could mean recognizing Ukraine as a Major Non-NATO Ally, for example.

The deteriorating international security climate since 2014 is testament to the failure of the present policies towards a revisionist Russia. There is evidently a need to identify and implement new models that can ensure peace and contain the Kremlin. The most pragmatic approach to this challenge lies in greater support for Ukrainian sovereignty and territorial integrity via the modification of the failing Minsk Process. Further delays will only lead to additional costs.