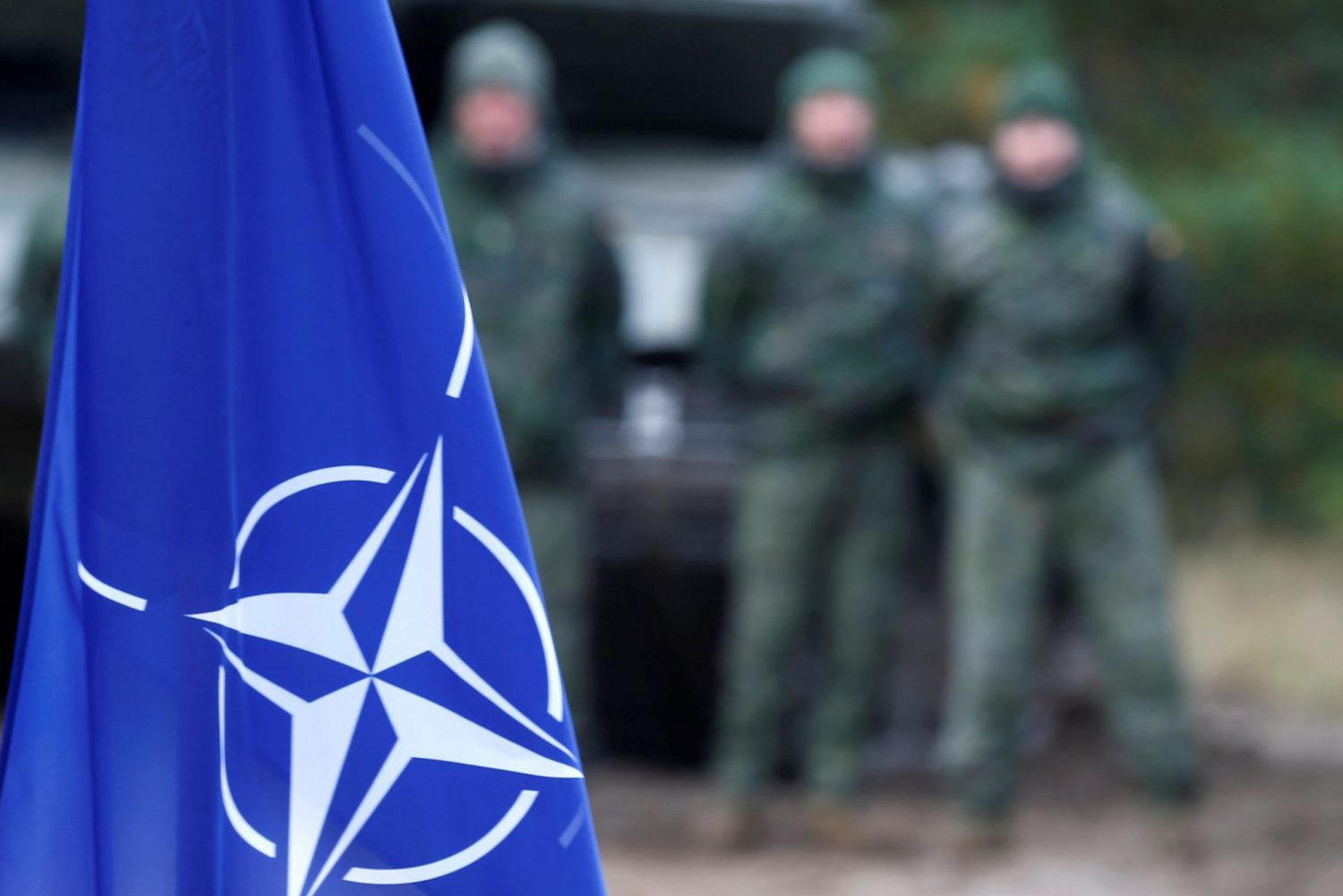 NATO moved to upgrade its relationship with Ukraine on June 12 by officially recognizing the country as an Enhanced Opportunities Partner. Ukraine is the sixth country to receive this status, joining Australia, Finland, Sweden, Georgia and Jordan. Being an Enhanced Opportunities Partner will bring Ukraine a number of potential benefits including improved access to interoperability programs and exercises. It also offers the prospect of greater information and experience sharing.

NATO’s decision was widely toasted by Ukraine, where it was welcomed as a timely boost to the country’s Euro-Atlantic integration ambitions. In a social media post, President Zelenskyy noted the practical implications of the upgrade. “Grateful to the members of the Alliance for recognizing Ukraine’s significant contribution to joint peacekeeping operations in the world,” Zelenskyy tweeted. “NATO’s Enhanced Opportunities Partner status is a practical solution that will allow Ukraine and the Alliance to work even closer together.”

Unsurprisingly, Moscow was significantly less impressed by this latest indication of strengthening NATO-Ukraine ties. Speaking on June 16, Kremlin spokesperson Dmitri Peskov commented that NATO’s decision to enhance its partnership with Ukraine does not “contribute to the strengthening of security and stability in Europe.”

Russia has long bristled at the military alliance’s growing post-1991 presence in Central and Eastern Europe, with expansion into strategically and symbolically important Ukraine identified as a red line by the Kremlin. Indeed, Russian concerns over a potential future NATO role in Ukraine have frequently been cited as a key reason behind the undeclared six-year war currently underway between the two neighbors.

Ukrainian attitudes towards NATO have undergone a dramatic transformation since the start of Russian aggression in spring 2014. Prior to the outbreak of hostilities with Russia, the Ukrainian public had displayed very little interest in joining NATO. However, with the country now locked in an unequal struggle against the Kremlin, support for NATO membership has surged. Polls conducted since the beginning of the conflict have consistently produced results that would translate into landslide victories for NATO membership in any future referendum on the issue.

Ukraine’s new Enhanced Opportunities Partner status should not be confused with the prospect of NATO membership, but it does signal the next stage in a deepening relationship that has huge geopolitical implications for the wider region. What will this NATO upgrade mean for Ukraine, and how might it impact the country’s Euro-Atlantic integration ambitions?

Alexander Vershbow, Distinguished Fellow, Transatlantic Security Initiative, Atlantic Council; Former NATO Deputy Secretary General: NATO’s decision to grant Enhanced Opportunities Partner (EOP) status to Ukraine is long overdue but still an important milestone in Ukraine’s Euro-Atlantic integration. Ukraine was unfairly passed over when the program was launched in 2014 in order to deepen cooperation with NATO’s most interoperable partners. At the Wales NATO Summit in summer 2014, NATO members invited Georgia as well as Finland, Sweden, Australia and Jordan to become the first EOP countries, but were reluctant to upgrade Ukraine’s status at a time when hostilities with Russia in eastern Ukraine were escalating. EOP status is recognition of the progress Ukraine has made in improving the interoperability of its forces with those of the alliance through its participation in NATO operations from the Balkans to Afghanistan. This enhanced status will give Ukraine additional opportunities to participate in NATO exercises, to hold political consultations with NATO on strategic issues, and to share information and intelligence on current and emerging threats. Cooperation between Ukraine and NATO is definitely a two-way street. NATO members have already benefited significantly from training and exercising with battle-tested Ukrainian forces, and have learned a lot from Ukraine’s experience as a target of Russian cyber-attacks, information operations, and other forms of hybrid warfare. Having granted Ukraine EOP status, NATO should now move to fully integrate Ukraine in its development of a comprehensive Black Sea strategy to counter Russia’s military build-up in occupied Crimea and its interference with freedom of navigation in the Black Sea and Sea of Azov.

Lisa Yasko, Ukrainian MP, Servant of the People Party: NATO’s decision to grant Ukraine Enhanced Opportunities Partner status is great news. The Ukrainian government has been working on this issue since autumn 2019. Earlier obstacles resulting from misunderstandings with Budapest regarding Ukrainian language policy and education reforms have been resolved thanks to fruitful bilateral dialogue with Hungary. Enhanced cooperation between Ukraine and the NATO alliance is of the utmost strategic importance for regional and global security. EOP status gives us new opportunities in Ukraine, in Brussels, and across the globe. In particular, this opens up new possibilities for the further exchange of information and intelligence, mutual training, and the participation of the Ukrainian military in NATO missions. At the same time, it is important to underline that our claim for a NATO membership action plan remains valid. With this in mind, Ukraine continues to implement reforms in the security and defense sectors. In 2020 this includes the reform of military ranks in line with NATO standards. President Zelenskyy has also presented a bill on Security Service reform. This reflects our ongoing commitment to greater Euro-Atlantic integration.

Andreas Umland, Principal Investigator, Ukrainian Institute for the Future: While this NATO upgrade is undoubtedly a step in the right direction, it is no substitute for a membership action plan. Instead, NATO leaves itself open to accusations of backpedaling on its earlier official accession perspective by announcing: “Ukraine’s status as an Enhanced Opportunities Partner does not prejudge any decisions on NATO membership.” Hadn’t this decision already been made at NATO’s Bucharest summit in 2008? Instead of rebranding ongoing cooperation with Ukraine, it would make more sense for Brussels and Washington to think about alternative structures if NATO accession is not currently possible. The Three Seas Initiative and Bucharest Nine Group could be asked to include Ukraine, Georgia and Moldova. Poland, the Baltic States, and other close friends of Kyiv could be encouraged to conclude mutual aid pacts with Ukraine similar to Turkey’s 2010 partnership agreement with Azerbaijan. Washington could extend its bilateral strategic partnership charters with Kyiv and Tbilisi to a multilateral format comparable to the older Baltic and Adriatic Charters. The US and UK could transform the 1994 Budapest Memorandum into a proper security pact resembling America’s 1953 defense treaty with South Korea.

Solomiia Bobrovska, Ukrainian MP, Holos party: The Enhanced Opportunities Program is the next step on our path towards Euro-Atlantic integration. It provides for increased interoperability with NATO forces and the further adoption of NATO standards. This new and enhanced status does not offer any guarantees of future NATO membership, but it is an important step that demonstrates our partnership and reaffirms our commitment to the goals and values of the alliance. The timing of this upgrade is important, as many people in Ukraine are currently concerned that the government’s public support for further Euro-Atlantic integration may actually conceal plans for a return to the Russian orbit. This is therefore a welcome signal that the country remains committed to joining NATO and contributing to Euro-Atlantic security.

Alyona Getmanchuk, Director, New Europe Center: NATO’s decision to grant Ukraine Enhanced Opportunities Partner status suits President Zelenskyy’s preference for practical cooperation with the military alliance rather than grand political statements about future membership. This new status is also very much in line with Ukraine’s declared willingness to continue introducing NATO standards in the country’s armed forces. It sends an important signal to Ukrainian society that positive developments are taking place in the Ukraine-NATO relationship. At the same time, it is worth noting that this new status does not provide much added value when compared to the opportunities Ukraine already enjoyed within the framework of the country’s distinctive NATO partnership. The new opportunities on offer such as advanced intelligence exchange may prove to be limited in scope. The key issue now will be the willingness and ability of Ukraine’s political and military leadership to build effectively on the potential created by this EOP upgrade.

Volodymyr Yermolenko, Chief Editor, UkraineWorld.org: Many Ukrainians believe the country is currently stuck in a security vacuum, so every step towards closer ties with NATO is important. Enhanced Opportunities Partner status is particularly welcome as it brings Ukraine nearer to its ultimate goal of NATO membership, while at the same time undermining Russian-inspired claims that the West has no interest in closer cooperation with Ukraine. Ukrainian support for NATO membership has shot up in recent years, rising from 13% in 2012 to 51% in 2019. This illustrates the fact that a majority of Ukrainians now see Russia as the biggest security threat facing the country, while at the same time regarding NATO membership as the most reliable route to greater national security. It is also important to stress that Ukraine has much to offer NATO. The Ukrainian military has became far more professional since 2014, and has acquired unique experience tackling Russian hybrid aggression that could prove extremely useful to NATO.

Peter Dickinson is the Editor of the Atlantic Council’s UkraineAlert Blog.