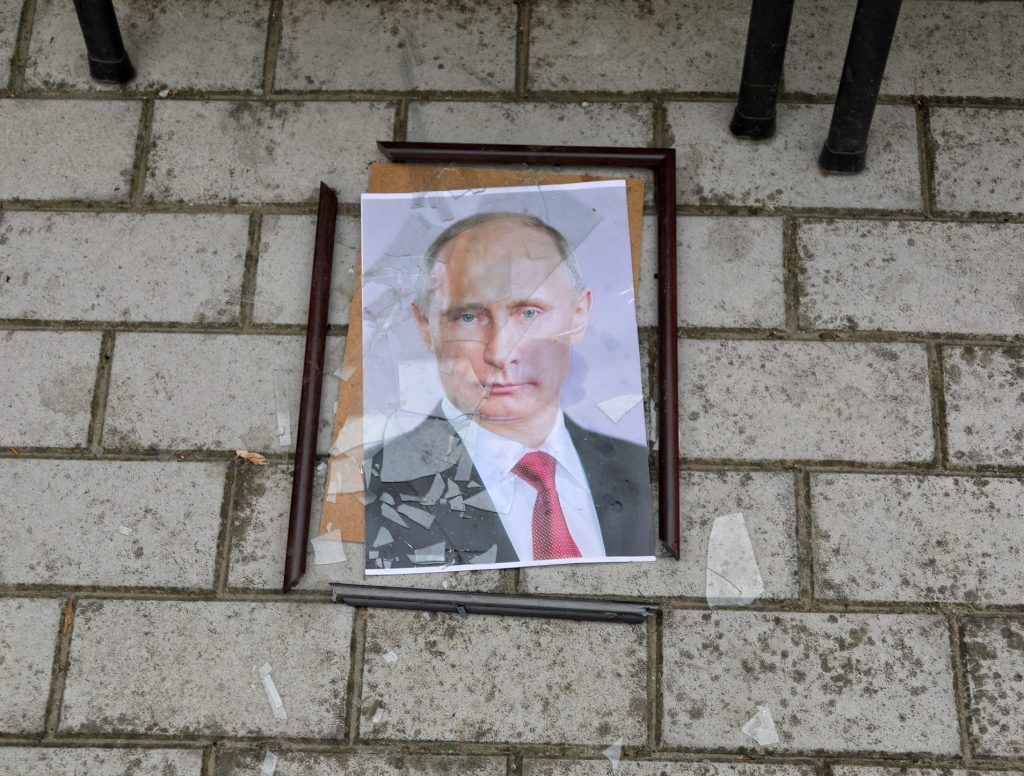 For the first time since the event was launched a decade ago, Vladimir Putin will not hold his flagship end-of-year press marathon this month. The surprise cancellation is the latest indication that all is not well in the Kremlin. For the past ten years, Putin’s annual press marathon has been a carefully curated propaganda spectacle allowing the Russian dictator to demonstrate his mastery of world affairs. However, with his invasion of Ukraine unraveling amid unprecedented losses and mounting military defeats, Putin is clearly in no mood to face even the most docile of audiences.

While Putin hides from the cameras, his arch-rival is ending the year on a wave of international acclaim. Ukrainian President Volodymyr Zelenskyy has already been named Person of the Year by an ever-expanding list of media outlets including TIME magazine and the Financial Times newspaper, and is now being routinely touted as one of the world’s most influential politicians. Zelenskyy’s rising profile is recognition of his wartime leadership and also reflects global admiration for Ukraine’s courageous resistance to the Russian invasion.

The contrasting fortunes of the Russian and Ukrainian leaders underline the self-defeating folly of Putin’s decision to launch Europe’s biggest conflict since World War II. His original plan envisaged a short and victorious war that would extinguish Ukrainian independence and force the country permanently back into the Kremlin orbit. Instead, he now finds himself an international pariah with his country’s reputation as military superpower in tatters and his Ukrainian enemies looking forward with growing confidence to the very real prospect of an historic victory in the coming year. By almost any measure, Vladimir Putin is comfortably the biggest loser of 2022.

Putin’s woes can be traced directly to the battlefields of Ukraine. His invading army has performed disastrously over the past ten months and has lost a series of key engagements including the Battle of Kyiv, the Battle of Kharkiv, and the Battle of Kherson. More than one hundred thousand Russian soldiers are believed to have been killed or wounded, while thousands of Russian tanks and armored vehicles have been captured of destroyed. These losses have forced Putin to launch his country’s first mobilization since 1945, a move that has destabilized Russia and brought the war home to previously supportive domestic audiences.

Russia’s international image has also been badly tarnished by revelations of widespread war crimes committed against the Ukrainian civilian population. Russian troops stand accused of carrying out mass executions and engaging in sexual violence, abductions, and torture throughout occupied Ukraine. Millions of Ukrainians have been subjected to forced deportation, while policies of indiscriminate bombardment have left tens of thousands dead and reduced dozens of Ukrainian towns and cities to rubble. In recent months, Russia has begun the methodical destruction of Ukraine’s civilian infrastructure with the express intention of depriving Ukrainians of access to heating, electricity, and water during the depths of winter.

Many international observers see these policies as nothing short of genocide, especially as they have been accompanied by a steady stream of openly genocidal invective from regime propagandists and Kremlin officials in Moscow. Others have been appalled by Putin’s readiness to engage in nuclear saber-rattling. On multiple occasions, the Russian leader has issued thinly veiled threats alluding to the possible use of his country’s vast atomic arsenal. This nuclear blackmail has provoked a strong backlash, with US officials promising “catastrophic consequences” and even the normally supportive Chinese rebuking Russia.

All this has left Russia more internationally isolated than at any time since the immediate aftermath of the Bolshevik Revolution a century ago. In a revealing recent exchange, Kremlin spokesperson Dmitry Peskov admitted, “nobody likes us and they don’t intend to start liking us.” Peskov may have had the Western world primarily in mind, but his comment also reflected the wider reality of Russia’s increasingly unfavorable international position. Moscow’s isolation is most immediately obvious at the United Nations, where a series of General Assembly votes condemning the invasion of Ukraine have passed with resounding majorities. Tellingly, only a handful of fellow pariahs such as North Korea and Syria have been prepared to stand with Russia.

Closer to home, the Kremlin is visibly losing influence throughout the former Soviet Empire. In Central Asia, Kazakhstan is openly distancing itself from Russia while strengthening ties with China, Turkey, and the West. In the South Caucasus, Azerbaijan is increasingly ignoring Russia’s nominal role as regional peacekeeper while Armenia bristles over Moscow’s failure to provide any meaningful protection. Even Belarusian dictator Alyaksandr Lukashenka, who depends almost completely on the Kremlin for his political survival, has so far managed to resist Russian pressure to directly participate in the invasion of Ukraine.

On the wider international stage, the United States has succeeded in consolidating Western support for Ukraine. Meanwhile, Putin’s efforts to weaponize energy exports have backfired and forced European countries to turn decisively away from reliance on Russia. The BRICS nations (Brazil, India, China, and South Africa) continue to purchase Russian resources, but are now doing so on their own heavily discounted terms. Beyond this pragmatic trade, they have refused to back Russia or provide Moscow with much-needed weapons. This has forced the Kremlin to seek replacement tanks, artillery shells, drones, and missiles from the likes of Iran and Belarus.

What can Putin look forward to in 2023? He appears to believe the international alliance opposing his invasion may still eventually lose interest and is pinning his hopes on Western leaders forcing Kyiv into some kind of compromise deal that would allow Russia to snatch a victory of sorts from the jaws of defeat. However, with most of Ukraine’s backers publicly stating that they will let the Ukrainians themselves decide when to negotiate, this outcome looks unlikely. After all, no Ukrainian government could conceivably condemn millions of their compatriots to the horrors of indefinite Russian occupation.

A far more realistic scenario would see the well-armed and highly motivated Ukrainian military continue to steadily liberate occupied territory while Russia suffers heavy losses among poorly trained and badly equipped conscript troops. This is a recipe for disaster for the Putin regime. The Russian army in Ukraine is already deeply demoralized and struggling to mount localized offensives. Further attrition in the coming months will raise the prospect of a more comprehensive military collapse that could have grave consequences for the future of the Russian Federation itself.

As 2022 draws to a close, it is already obvious that Putin’s fateful decision to invade Ukraine was one of the biggest geopolitical blunders of the modern era. His dream of shattering the post-1991 settlement and rebuilding the Russian Empire has made him the single greatest threat to global security and placed him in direct confrontation with a formidable coalition of the world’s most powerful nations, who have reluctantly come to recognize the necessity of his defeat. Putin enters 2023 with few friends and fewer options. The coming year is shaping up to be the darkest of his entire reign. It may also be the last.