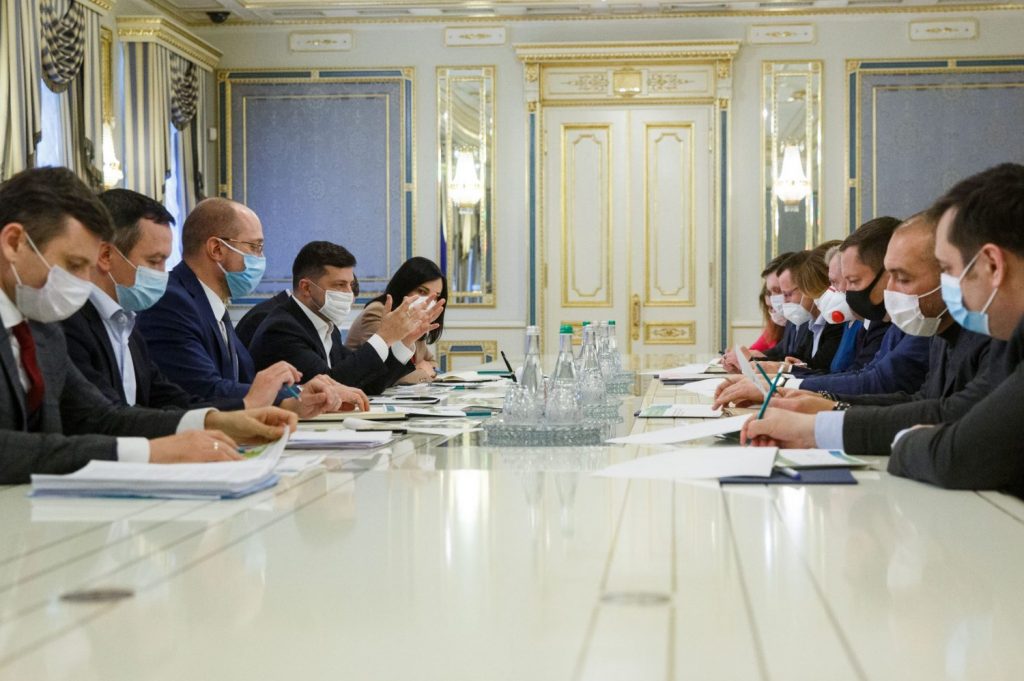 The bad old ways have returned to Kyiv. A year after its sunny new president took office and brought a blast of optimism that the country of over 40 million might be turned around, Volodymyr Zelenskyy’s lofty pledges have begun to strain credulity.

On March 4, the world took note when Zelenskyy sacked most of his largely good cabinet. He said he wanted results and his first team didn’t deliver. Fair enough, but he replaced respected ministers with inexperienced ones and pro-Western ministers with bureaucrats who were critical of international financial institutions. Some were willing to grant him the benefit of the doubt.

Then he sacked his excellent prosecutor general. He replaced Ruslan Ryaboshapka with Irina Venediktova, a political buddy and someone who had never served as a prosecutor. And the results were predicable: Venediktova seems to be backtracking on reform of the prosecutor’s office. She has reversed some of the firings that Ryaboshapka had made and blocked foreign partners and civil society from a vetting commission for prosecutors. The respected Anti-Corruption Action Center said her decision means that “…representatives of civil society and foreign partners will effectively have no impact on decision making.”

Then he sacked his heads of the tax service and customs, both of whom enjoy strong reputations in the West for their honesty, integrity, and competence.

But the story doesn’t end with a long list of dashed hopes and stalled careers. Harassment and politically motivated charges have followed.

On May 7, the Security Service of Ukraine paid an unexpected visit to 38-year-old Serhiy Verlanov’s apartment in Kyiv, Ukraine. They demanded his electronics and searched his apartment. The recently dismissed head of the State Tax Service has been accused of money laundering to finance terrorism. The SBU did not seize anything in its search.

Verlanov was unexpectedly sacked on April 24 after fighting corrupt schemes in alcohol and tobacco, changing the people in charge of the Tax Service’s central office, installing a rotation program in the regional offices, cracking down on VAT fraud schemes, and refusing to sell positions or hire people who were lustrated. In other words, Verlanov was exactly the right man for the job.

Also on April 24, Maksym Nefyodov, the former head of the Customs Service and a well-known reformer who championed online public procurement, was sacked. The former investment banker earned ten times more in the private sector but doggedly pursued reform in the public sector. He was one of the champions behind Ukraine’s much-heralded online public procurement system ProZorro that saved the state 28.2 billion hryvnia in 2019. Someone pressed the National Anti-Corruption Bureau of Ukraine to start a pre-trial investigation against Nefyodov that he dismisses as nonsense.

When he was the head of customs, Nefyodov refused to employ a driver or security detail and repeatedly said that he wasn’t afraid, but the multiple attempts to smear him in the media scared his team. Nefyodov said that he had to “spend most of his public salary on lawyers.” What kind of civic-minded person would ever want a job like his, he mused?

Finally, the Specialized Anti-Corruption Prosecutor’s Office has opened criminal proceedings against Ruslan Ryaboshapka, who was ousted on March 5 as prosecutor general. Ryaboshapka was starting to gain notice for his efforts to clean up the general prosecutor’s office, a task most in the West dismissed as hopeless.

It’s impossible to write a clean and simple narrative arc for these multiple attacks on Ukraine’s reformers. They appear to come from different places but there is a linking theme: according to anti-corruption activists in Kyiv, Verlanov, Nefyodov, and Ryaboshapka had cut off corrupt cash flows and the ensuing criminal charges are retribution.

“There weren’t that many places left to steal,” Nefyodov said. After 2014, Ukraine tightened controls over its procurement and the state natural gas company. Customs and tax were the easiest cash cows and local elections are slated for the fall.

As troubling as this litany is, the ongoing attacks on reformers may not be finished.

We received a credible report that an investigation may be launched against Dr. Ulana Suprun, who did a superb job as acting minister of health and attempted to overhaul Ukraine’s rickety healthcare system. Any harassment of Suprun would more than raise eyebrows in Washington and Europe.

There are other troubling signs on the horizon. Reformers worry that a revanche is underway and civil service, medical, anti-corruption, and fiscal reforms are all under attack.

The knives from all sides of the political spectrum have been aimed at Artem Sytnyk, the head of the National Anti-Corruption Bureau of Ukraine, for months. A bill to remove him has been registered and passed preliminary approval by the relevant parliamentary committee (which would have been possible only through prior coordination with Zelenskyy’s office).

The fight rages on but it’s far from over.

Verlanov, the former head of the State Tax Service, put it well: “Clearly, Ukraine is going off the reform track. There’s still a possibility to get Ukraine back on track.”

The West needs to speak out loudly and keep its eye on Kyiv.