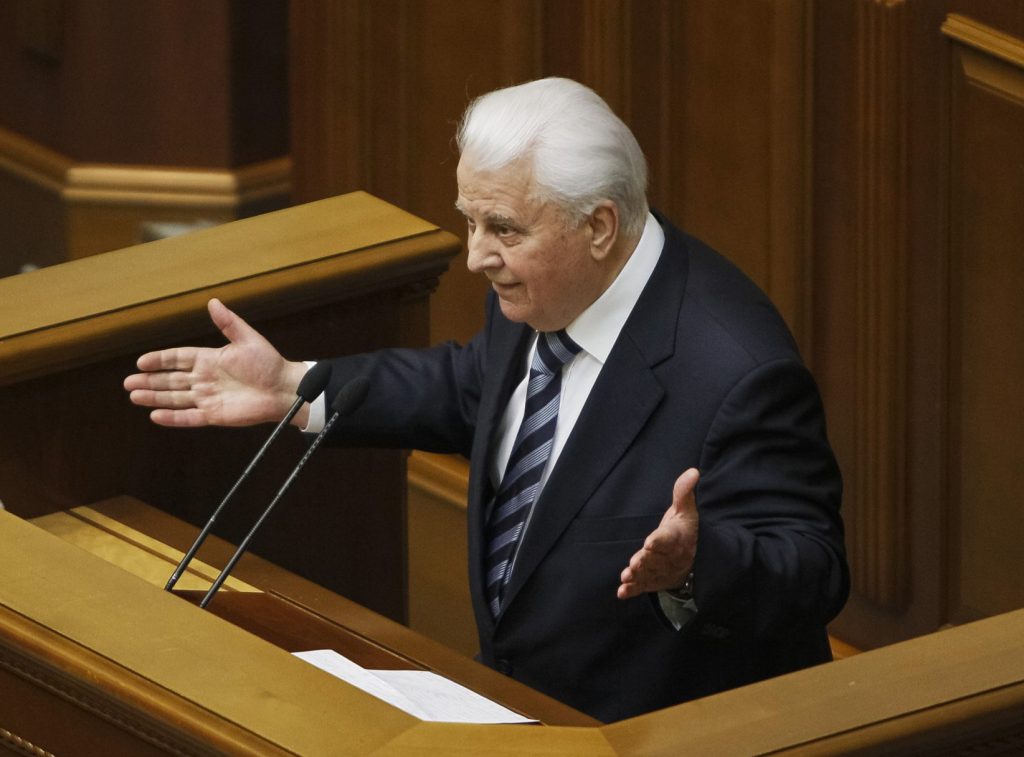 Ukraine’s first post-Soviet president Leonid Kravchuk passed away on May 10 at the age of 88 following a long illness. Active in Ukrainian politics for most of his adult life, Kravchuk is best remembered for his prominent role in the events leading up the 1991 Ukrainian Declaration of Independence and the collapse of the Soviet Union.

Kravchuk joined the Ukrainian Communist Party in the 1950s and rose through the ranks to become leader of Soviet Ukraine in July 1990. He is widely credited with having helped convince the communist parliamentary majority in Kyiv to accept demands for Ukrainian independence during the historic days of late summer 1991.

Kravchuk’s record as president of independent Ukraine was mixed, with economic woes contributing to his defeat in the country’s 1994 presidential election. The subsequent peaceful handover of power to his successor, Leonid Kuchma, was an important milestone in the consolidation of Ukraine’s democratic political culture.

After stepping down as president, Kravchuk remained active in Ukraine’s national life. He was a member of parliament until 2006 and courted controversy for his ties to pro-Kremlin politicians. In 2020, Kravchuk became Ukraine’s representative in peace negotiations with Russia over the Kremlin’s undeclared war in eastern Ukraine’s Donbas region.

Throughout his career, Kravchuk was known as a shrewd figure whose formidable political skills allowed him to navigate the unlikely transition from high-ranking Soviet official to leading figure in Ukraine’s independence movement. It was famously said of Kravchuk that he did not need to carry an umbrella as he could “slip between the raindrops.”

As Ukrainians mourned the passing of the country’s first post-Soviet president, the Atlantic Council invited a range of experts to share their recollections of Leonid Kravchuk and reflect on his place in Ukrainian history.

Daniel Fried, Distinguished Fellow, Atlantic Council: I got to know President Kravchuk long after his presidency during the period following the first Russian invasion of Ukraine in 2014. When we met in Kyiv and Warsaw, he spoke of the need for Ukraine to transform itself, as Poland and the Baltic states had done after they regained their independence but as Ukraine had not done after 1991. He was right, but he was also late.

As president, Leonid Kravchuk led Ukraine to post-Soviet independence but not to a democratic, free-market, European national identity. In the 1990s, with Russia relatively benign and the US and Europe ready to start putting into practice the vision of a Europe whole and free through growing its core institutions of NATO and the EU, Ukraine as a society did not seem ready to embrace a future with the West. At the same time, the West didn’t seem ready to regard a European future for Ukraine as achievable. Sadly, the moment passed.

By the time Ukraine had embraced a European future after the 2004 Orange Revolution and 2014 Revolution of Dignity, Putin had revealed himself as determined to reconquer as much of the old Russian Empire as he could reach. I understood from our many conversations that President Kravchuk knew this. He was determined to match his earlier achievement in fostering Ukraine’s independence by championing its internal transformation and, on that basis, solidifying its Europe identity and future.

Ukraine is now fighting to maintain its independence. When it achieves this, as looks likely, Ukraine will have to turn to the next task and focus once again on Kravchuk’s last great goal: building a country worthy of the sacrifice and courage of the Ukrainian people. Leonid Kravchuk’s championing of Ukrainian independence was a great deed and he understood the next challenges facing the country.

It was Kravchuk who then met with Russia’s Boris Yeltsin and Belarus’s Stanislav Shushkevich to dissolve the Gorbachev-led Soviet Union. I am not sure Kravchuk will be remembered as positively as Shushkevich, who became an outspoken critic of his successor Alyasandr Lukashenka, but he was a different personality as a former party official. At any rate, Kravchuk’s role in those difficult times should not be underestimated. He was a clever party politician but by no means a stubborn ideologue. He sensed the wind of change and the window of opportunity, and was able to draw undecided people to his side.

While he contributed to the establishment of democratic traditions in Ukraine with the peaceful transfer of power following his defeat in the 1994 presidential election, Kravchuk did not always choose his partners wisely during his subsequent political career. Some may accuse him of not getting more out of negotiations over the surrender of Ukraine’s nuclear arsenal that resulted in the 1994 Budapest Memorandum. However, critics must also recognize that the pressure from Moscow and Washington was enormous and he had little room for maneuver.

It is particularly tragic that Kravchuk has died at a time when the independence he helped build is threatened by Putin’s war of aggression. This reflects the fact that unlike Ukraine, Russia remains trapped in the past and has failed to progress towards a more positive sense of modern statehood.

Anders Åslund, Senior Fellow, Stockholm Free World Forum: I first met Leonid Kravchuk in Davos in January 1991. He was a jovial, mild and humble person who appeared a very unlikely second secretary for ideology of the hardline Communist Party of Ukraine. Kravchuk won by being underestimated and kind, usually with a mild smile on his lips.

In the course of 1991, he transformed himself from high-ranking Ukrainian communist to a leading Ukrainian nationalist. Coming from a small village in western Ukraine, he spoke perfect Ukrainian. The saying went that Kravchuk did not need an umbrella because he walked between the raindrops.

Kravchuk’s worst side was his economic policy. Due to his training in Marxist-Leninist political economy he had no clue on economic matters and led Ukraine into the hyperinflation and chaos of the early 1990s. Fortunately, he accepted early presidential elections in 1994, which he unexpectedly lost to Leonid Kuchma. To his credit, Kravchuk accepted his loss and set a fine precedent for the peaceful democratic transition of power in independent Ukraine. Afterwards, Kravchuk played the role of elder statesman honorably and was always appreciated at national and international events. He was active until the very end. He will be missed.

Diane Francis, Nonresident Senior Fellow, Atlantic Council: I first interviewed Leonid Kravchuk in early 1992, just six months after the dawn of Ukrainian independence. We spoke again in 2015 following the Revolution of Dignity and Russia’s seizure of Crimea and part of the Donbas region in eastern Ukraine. Despite the 23-year gap between these two conversations, much remained the same. Ukrainians were still concerned about the threat to their statehood coming from Moscow.

Kravchuk told me that Ukraine had been held hostage by Russia ever since independence and had effectively been occupied by the Russians in terms of the economy, investment and trade. “They took away the best assets. They occupied Ukraine step by step gradually then eventually at very the top. It used to be that they controlled only trade and the economy but then it became the political and military leadership. Putin’s policy is to conquer Ukraine and keep it a slave.”

We shook hands and Kravchuk told me that Ukrainians must never give up their country. Now he’s gone and they are still fighting.

Taras Kuzio, Research Fellow, Henry Jackson Society: Leonid Kravchuk has earned himself a place in Ukrainian history as the godfather of Ukrainian independence. Coming from western Ukraine in a state with a communist political tradition, Kravchuk was in the right place at the right time. He was able to successfully traverse the Soviet system and navigate widespread Russian resistance to Ukrainian independence, something which former dissidents and members of the oppositionist independence movement would not have had the political skills to do.

Kravchuk made three key contributions to Ukrainian independence. He mobilised parliament to overwhelmingly adopt the declaration of independence in August 1991; he persuaded southern and eastern Ukraine to support the December 1991 referendum on independence; and he convinced Boris Yeltsin to dismantle the USSR.

Kravchuk will also be remembered for peacefully transferring power when he lost the 1994 presidential election. This firmly established Ukraine on its path of democratisation. Vichna yomu pamyat!