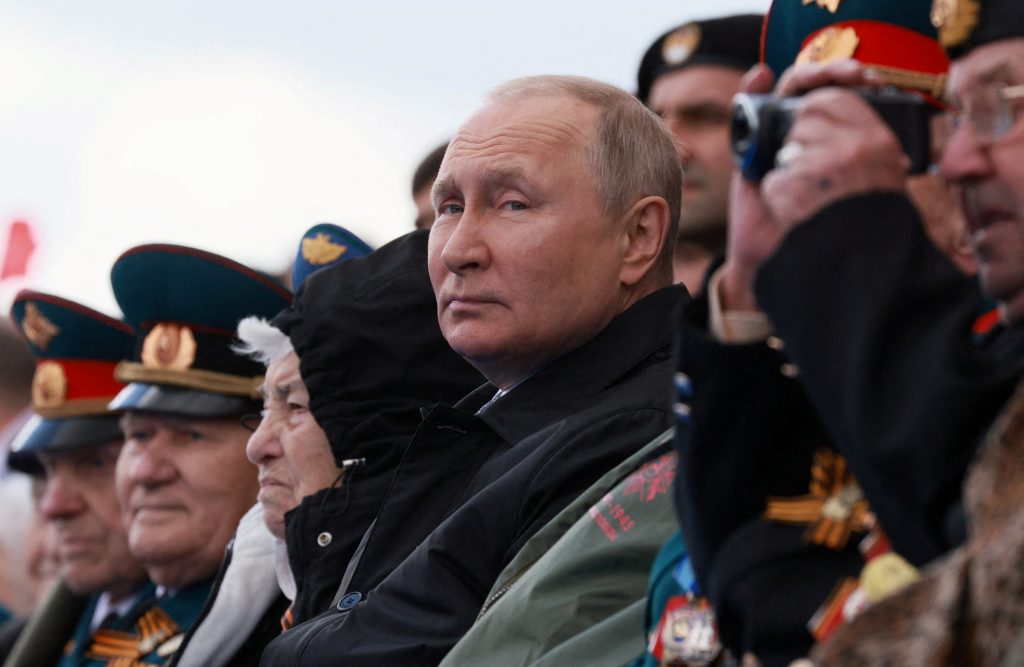 Kremlin-appointed officials in Russian-occupied southern Ukraine have confirmed plans to annex the region and incorporate it into the Russian Federation. This week’s announcement underlines the expansionist imperial agenda that is driving Vladimir Putin’s Ukraine war while highlighting his intention to extinguish Ukrainian independence and redraw the map of Europe by force.

In a May 11 televised address, a representative of the Russian occupation administration in southern Ukraine’s Kherson region confirmed that an appeal would be sent directly to Russian President Vladimir Putin requesting annexation by Moscow. “The city of Kherson is Russia,” stated occupation administration deputy head Kirill Stremousov. “There will be no Kherson People’s Republic and no referendums. It will be a single decree based on an appeal from the leadership of the Kherson region to the president of the Russian Federation to make Kherson a fully-fledged region of Russia.”

Details of the Kremlin’s plans to directly annex Kherson follow weeks of rumors over alleged Russian preparations for a Crimea-style referendum in the region. In the wake of the 2014 Russian military takeover of Ukraine’s Crimean peninsula, Moscow held an internationally unrecognized referendum in an attempt to legitimize the land grab. Many observers anticipated similar tactics would be used to set the stage for the annexation of Kherson.

It now appears the referendum ploy will not be repeated in southern Ukraine. The Russian military administration apparently has little confidence in its ability to stage-manage a plausible vote in Kherson region. This pessimism is understandable. Despite more than two months of occupation, opposition to the Russian presence remains vocal while the Ukrainian military continues to express confidence in the eventual liberation of the region. With heavy weapons now flowing into Ukraine from the West, Moscow appears to be in a hurry to declare Kherson part of Russia and consolidate its grip.

Any attempt to officially annex Kherson Oblast would be entirely in line with the policies of imperial expansion that have been evident ever since Russian forces first occupied the region in the opening days of the war. Kremlin officials have engaged in the systematic suppression of Ukrainian state symbols and have attempted to block Ukrainian media, mobile operators, and online access. Schools have been forced to switch from the Ukrainian to the Russian national curriculum, while the Ukrainian hryvnia currency is being phased out and replaced by the Russian ruble.

Steps have also been taken to silence dissent and remove any potential threats to Russian authority. Working with local collaborators, Russian forces have conducted round-ups of potential regime opponents including elected officials, journalists, activists and military veterans. Those targeted for abduction face an uncertain future with the fate of many still unknown. Thousands more have been subjected to forced deportation and transported to isolated regions of the Russian Federation.

Official Russian rhetoric has sought to emphasize Moscow’s imperial ambitions in the region. During an early May visit to occupied Kherson, Russian Senator Andrei Turchak, who also serves as secretary general of Putin’s own United Russia political party, declared that the current Russian presence in southern Ukraine would be permanent. “Russia is here forever,” he stated. “There should be no doubt about this. There will be no return to the past.”

Russian plans to annex southern Ukraine make a mockery of Vladimir Putin’s frequent claims to be conducting a defensive “military operation” against Western encroachments into the Kremlin’s traditional sphere of influence. The Russian dictator has sought to justify the war by pointing to alleged threats posed by decades of NATO enlargement while arguing that Moscow merely seeks security guarantees. In reality, the Russian invasion of Ukraine is the most openly imperialistic endeavor since the days of Adolf Hitler. Putin is waging a war that combines the worst excesses of the totalitarian twentieth century with the brutality of nineteenth century colonial conquests.

Putin’s plans for the destruction of Ukraine should come as no surprise. The Russian ruler has never made any secret of his contempt for Ukrainian statehood and has written entire essays on the subject. Putin’s July 2021 treatise on the alleged “historical unity” of Russia and Ukraine remains the definitive reference material for anyone looking to fathom the depths of his Ukraine obsession, but it is far from the only evidence of his refusal to accept the reality of an independent Ukraine. Putin has long insisted Ukrainians are really Russians (“one people”) and routinely complains that modern Ukraine was established on historically Russian lands. More recently, he has taken to dismissing the entire country as an “anti-Russia” which can no longer be tolerated.

Putin’s denial of Ukraine’s right to exist provides the ideological basis for today’s war of imperial aggression. Invading Russian soldiers and domestic Russian TV audiences alike are encouraged to view Ukraine as an illegitimate entity that has been artificially separated from Russia. Any Ukrainians who reject this interpretation and insist on a separate national identity of their own are regarded as traitors to the Russian motherland who deserve the harshest of punishment. For millions of ordinary Russians, the entire concept of Ukrainian independence has come to embody Russia’s post-1991 loss in status and the historical injustice of the Soviet collapse.

Ukrainians are under no illusions regarding Russia’s exterminatory intentions and understand that if they are not victorious, their country will cease to exist. However, many voices in the international arena have yet to fully grasp the sheer scale of Russia’s imperial ambitions and seem to believe some kind of negotiated settlement remains possible. This is dangerous wishful thinking. There can be no compromise with the Kremlin as long as Putin seeks to wipe Ukraine off the map.

Ukraine’s remarkable battlefield success during the first two months of the war has obscured the bigger picture of Russia’s imperial agenda and risks creating a false sense of security. Indeed, many now appear to take an eventual Ukrainian victory for granted, while French President Emmanuel Macron has already begun warning against the dangers of “humiliating” Russia. Such thinking will leave the problem of unreconstructed Russian imperialism unaddressed and will all but guarantee further wars of aggression.

Instead, it is vital to continue expanding international support for Ukraine until Russia is decisively defeated and forced to confront its crimes. Russia’s present military predicament may well make it more difficult to implement Putin’s plans for the annexation of southern Ukraine. However, Moscow will view any setbacks as temporary and Russia will continue to pose an international security threat until the imperial thinking that made the current war possible is consigned to the ash heap of history.