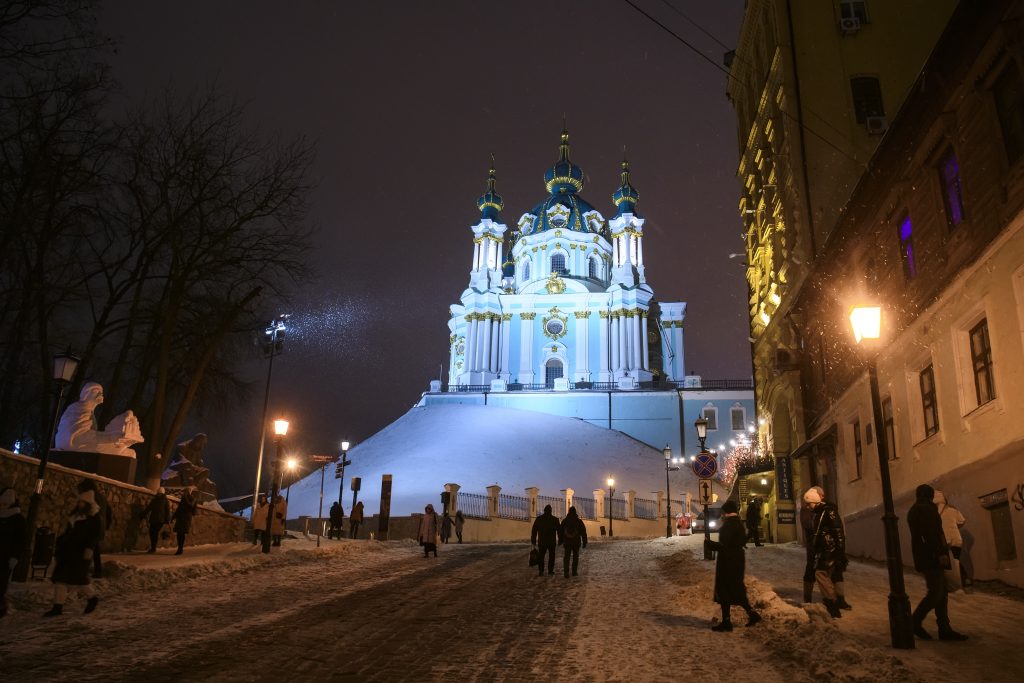 The evening before former Ukrainian President Petro Poroshenko is due to return to Kyiv to face likely arrest in what is either a case of political persecution or incredibly bad political timing, the Ukrainian capital city is enveloped in a mid-winter atmosphere of fatalistic calm.

A week of high-level talks between Russian and Western officials concluded days earlier, having achieved precisely nothing to avert the coming of a possible major war. The two sides have now reached a plateau of weary bluster and ultimatums, and the situation hovers in a maladroit manner between diplomacy and war.

Reports of Russia’s expanding troop buildup along the Ukrainian border continue to mount by the hour.

The social media networks are full of clips of Russian trains loaded with military hardware speeding through snowy landscapes. For more than a month, Ukrainians have been living in this climate of analytical frenzy. One barely has time to keep track of the latest must-read Russia-Ukraine article while penning one’s own.

Remarkably, despite the appalling invasion threat looming over the country, the Zelenskyy administration seems to be more interested in putting a former president on trial.

The reaction to all of this drama among both the Ukrainian elites and the general population has been one of grim fatalism. The news of Poroshenko’s widely anticipated arrest on treason charges does not seem to excite most people in the least. A member of parliament from Poroshenko’s own faction laconically informs me that there will probably be a circus outside the court house. People amiably speculate about the size of the protests that will take place tomorrow.

Other desperate news pops up on Ukrainian TV screens and social media accounts with numbing regularity. More Russian troops are at the border; Russian reservists are being called up; sophisticated missile systems and attack helicopters have been deployed. These developments are difficult to ignore, but they have certainly not produced anything remotely like a sense of panic in Ukraine.

Most of my personal acquaintances would simply prefer not to discuss what is happening or say how they really feel about it all. They are well aware that I am in close contact with well-informed colleagues in Washington DC, but have little interest in hearing the latest developments. “Your people in Washington are all hysterical,” one film producer friend tells me with a smile.

Years of living in a state of relentless agitation and uncertainly have left the Ukrainian population hardened. Even phlegmatic. People continue to go about their daily lives.

American acquaintances and relatives back home have advised me to have a “go bag” of emergency essentials at the ready in case it becomes necessary to flee at short notice. But none of my friends or family members in Kyiv or Odesa seem to have prepared any sort of plans to evacuate.

Indeed, one friend, the promising young filmmaker Anastasia Mamontenko, is due to get married at Odesa’s iconic Londonskaya Hotel next week. Nobody has bothered to postpone the wedding. I am bringing her a book of Dada Poetry (she once made a film about a Dadaistic wedding) and a bottle of a good French vintage wine from her birth year as a wedding gift.

Late in the evening my friend Hobart Earle, the great American conductor of the Odesa Philharmonic, calls me. “Despite all the clouds in the air, or perhaps because of them, the New Year concert series was completely sold out,” he announces with palpable pleasure.

Earle says he is concerned about the logistics of the upcoming restoration work due to take place at the Odesa Philharmonic Hall. He is also deeply engaged in rehearsals for Aaron Copland’s third symphony, which he will conduct next week.

This is arguably the greatest American symphony of the twentieth century, he tells me, and Copland began composing it during the last year of WWII. The upcoming performance in Odesa promises to be an unmistakable gesture of resilience and grace in a country that has both qualities in abundance despite existing in a state of what often seems like permanent turbulence.