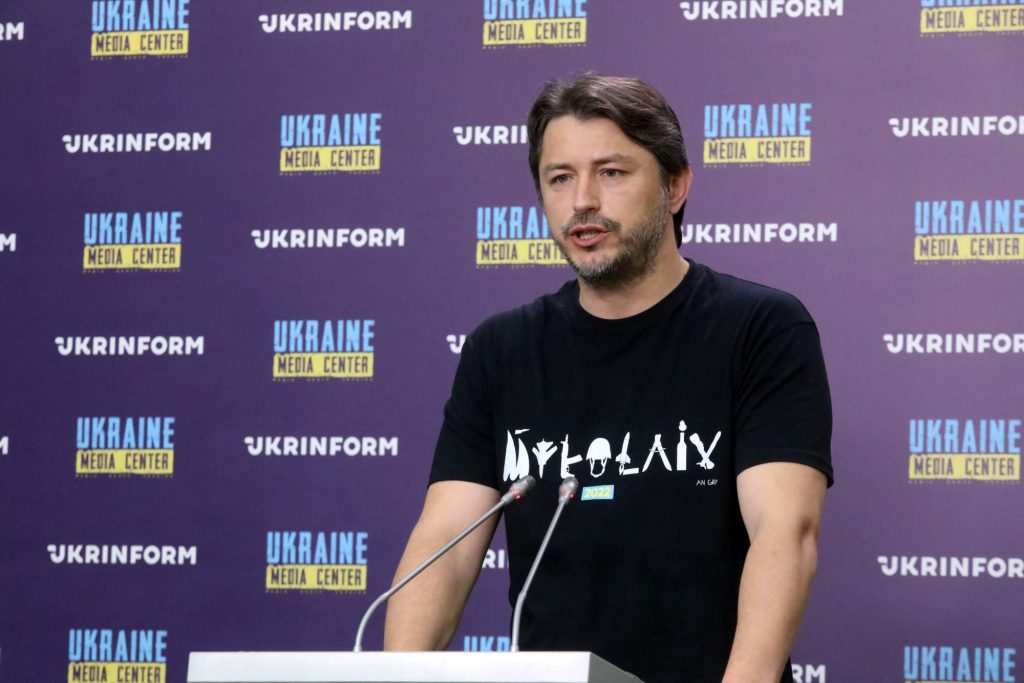 Editor’s Note: This article is part of the GENERATION UA series, which aims to introduce international audiences to the emerging generation of Ukrainian public figures and politicians.

It’s been a busy year for one of Ukraine’s most famous TV stars as he takes on a new wartime role. Serhiy Prytula’s crowdfunding efforts for the Ukrainian military have grown into a pillar of the country’s civil society and a symbol of Ukraine’s remarkable resistance to Vladimir Putin’s invasion.

Prytula first opened the eponymous Charity Foundation of Serhiy Prytula as an aid organization in 2020 in response to the Covid-19 pandemic. A longtime supporter of the Ukrainian military since Russia’s invasion of Ukraine first began in 2014 with the seizure of Crimea, Prytula mobilized his foundation to help coordinate the public response to Russia’s February 24 attack. The foundation has grown rapidly over the past eight months as it has provided military support to Ukrainian troops and humanitarian aid to civilians.

Public trust in the foundation was evident in early October when Prytula raised more than nine million dollars in just 24 hours to purchase kamikaze drones following a series of Russian airstrikes in Kyiv and other Ukrainian cities. Prytula had earlier demonstrated his fundraising potential during summer 2022 when he led the “People’s Bayraktar” project, a crowdfunding effort to buy three Bayraktar drones for the Ukrainian military.

When Turkish defense company Baykar offered to send the drones for free, Prytula decided to use the funds raised to buy a satellite instead. His foundation contracted one of the most advanced commercial satellite providers to help the Ukrainian military get high-resolution images of Russian formations more quickly in daylight, at night, and through cloud cover.

Prytula tells UkraineAlert that the satellite decision reflected Ukraine’s military needs. “Bayraktar is a well-known brand here in Ukraine. Many people understand how well these drones work so we thought that we could raise money for them,” he says. Indeed, Bayraktar drones have proved highly effective against Russian armor, with Ukrainians even singing wartime songs in their honor. But when Baykar said they would provide the drones free of charge, Prytula turned to Ukraine’s Defense Ministry. “We had a meeting with Minister of Defense Oleksii Reznikov, who asked us to check on the possibility of buying a satellite. So we did.”

Ukraine’s frontline military units rely on small reconnaissance drones and satellite imagery to find and target Russian positions. But most drones are prone to Russian electrical jamming, while satellite image-sharing from Western countries often arrives too slowly to be of immediate use. According to Prytula, his foundation’s satellite can cut the image-sharing transfer time from two days to three or four hours, making it much more useful. Most importantly, the Ukrainian military controls the satellite now and can decide for itself where to look.

While Prytula has been civically engaged since his university days, the 41-year-old spent much of his career as a TV presenter and comedian. He made his name as a Ukrainian-speaking comic on the stand-up show Comedy Club Ukraine, before hitting the big time with Ukraine’s Noviy Kanal (New Channel). Prytula earned a reputation as one of Ukraine’s most versatile comic presenters, hosting the nation’s favorite morning TV show “Wake up” and a number of game shows.

He tried his hand at politics in the 2019 parliamentary elections as a candidate for the pro-European Holos party. The elections yielded 20 seats for Holos, but at 30th on the party list, Prytula did not enter parliament. Instead, he ran for mayor of Kyiv in 2020 and came in third with eight percent of the vote. In 2021, Prytula left Holos and later announced that he would form a new political party.

When asked if he still has plans to create a political party of his own, Prytula’s tone hardens. “We have no politicians in Ukraine these days. You cannot be a politician when your country is under fire. I have no other plans now except to stay alive and do everything that I can for our victory.”

There is a certain logic to this position. Since February 24, Ukrainian politicians have largely avoided the pitched partisan battles that have often poisoned the country’s politics. Even so, wartime public opinion polling regularly shows Prytula among the country’s most well-known public figures. Meanwhile, his foundation ranks among the most recognizable charities in Ukraine.

If he does go back into politics, Prytula has a good chance of rapidly establishing himself as one of Ukraine’s rising political forces. He has the name recognition to gain traction in the country’s personality-driven politics and also boasts humanitarian credentials that set him apart from many of Kyiv’s current elite.

The former showman is not convinced he will continue in his TV career. “I had a lot of different TV shows, but you can only be a good entertainer if you feel inside yourself that you have something to celebrate every day. But Russians have burned out this feeling inside of me,” he says. Instead, the last eight months have given Prytula a new calling. “I feel empowered now only to help the Ukrainian army, to unite people.”

Unity is central to the Prytula Foundation’s crowdfunding initiatives and to his vision for Ukraine’s future. The foundation has raised tens of millions of dollars since February 24 for military supplies alone, mostly in private donations. Funds have come in from Ukraine, Europe, and North America, often from Ukrainian diaspora communities.

The foundation is hoping to encourage more donations from Europeans by making a cost-saving argument. “Every dollar donated to the Armed Forces of Ukraine through the Serhiy Prytula Foundation saves ten dollars that would be spent on supporting Ukrainian refugees in Europe,” Prytula explains.

He believes this is a timely message and notes that donations have slowed in recent months. This could spell trouble for both Europe and Ukraine, warns Prytula. “The Ukrainian economy is in bad shape. Many people in Ukraine lost their jobs. That’s why we really need help with military aid and money, otherwise we could have millions more Ukrainian refugees.”

Prytula acknowledges that there will be huge issues to address at home once Russia’s invasion of Ukraine finally ends. Eventually he would like the millions of Ukrainians currently seeking safety abroad to return and help rebuild their country. Reconstruction itself will be a significant challenge, but Prytula has another task in mind for his compatriots. “I will be happy when our society develops new skills and learns to think more critically. I want Ukrainians to change the way they think, because we have paid a big price for our old way of thinking.”

Ukraine renewed many of its institutions and strengthened its sense of national identity in the years following the 2014 Revolution of Dignity. Many believe Russia’s 2022 invasion will serve as a catalyst for further societal development. Prytula hopes to be part of this process.

We ask Prytula if there’s anything else he thinks Western audiences should know about his work or about Ukraine. His press secretary chimes in off camera before he can answer. Prytula laughs, nods, and turns to us to translate. “Tell them that when we unite, we are invincible.”

Andrew D’Anieri is an assistant director at the Atlantic Council’s Eurasia Center. He tweets @andrew_danieri. Oleksii Antoniuk is a third-year student at Yale University, born and raised in Ukraine. Find him on Twitter at @OleksiiAntoniuk.