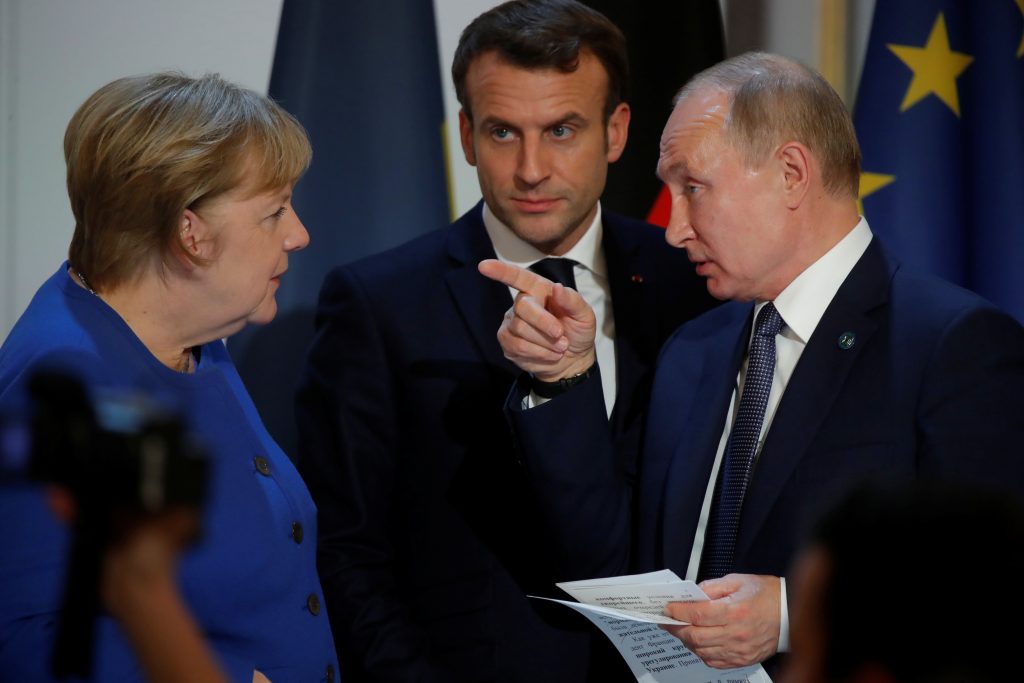 While the world has been struggling with the coronavirus pandemic, Russia’s ruinous war in eastern Ukraine has entered its seventh year. Diplomatic efforts to end the ongoing conflict, which has killed more than 14,000 people since 2014, have been reinvigorated since the election last year of Volodymyr Zelenskyy as Ukraine’s president. The foreign ministers of the Normandy Format group of nations (France, Germany, Russia and Ukraine) are expected to meet in June, with the aim of paving the way towards another summit of national leaders, who last met in Paris in December 2019 following a three-year gap.

Policymakers face a sobering choice. The Minsk agreements of September 2014 and February 2015 remain the only existing framework for ending the war in eastern Ukraine, but they rest on two irreconcilable interpretations of Ukraine’s sovereignty. This is what I refer to in a new Chatham House paper as the “Minsk conundrum”: is Ukraine sovereign, as Ukrainians insist, or should its sovereignty be limited, as Russia demands?

Ukraine sees the Minsk agreements as instruments with which to re-establish its sovereignty over the regions of Donetsk and Luhansk oblasts that are currently under Russian occupation. The Ukrainian interpretation of the Minsk agreements envisages the following sequence of actions: a ceasefire; a Russian withdrawal from eastern Ukraine; return of the Ukraine/Russia border to Ukrainian control; free and fair elections in Donbas; and, finally, in line with a nationwide decentralization program launched in 2014, a devolution of power to the region, which would be reintegrated and re-subordinated to the authorities in Kyiv. As a result, Ukraine would be able to make its own domestic and foreign policy choices. However, this is something that Russia is not prepared to accept.

By contrast, Russia views the Minsk agreements as tools with which to break Ukraine’s sovereignty. It demands that elections in occupied Donbas be held before Ukraine has reclaimed control of the international border. This would be followed by comprehensive autonomy for Russia’s proxy regimes in eastern Ukraine, crippling the central authorities in Kyiv. In this scenario, Ukraine would be unable to govern itself effectively or orient its foreign policy towards the West. Not surprisingly, the vast majority of Ukrainians regard such an outcome as wholly unacceptable.

Western thinking about this Minsk conundrum has been imprecise and inconsistent. The prevalent view is that implementing the agreements means finding a mid-point between the Russian and Ukrainian positions. But attempts to do so, including the so-called “Morel Plan” and the so-called “Steinmeier Formula”, have failed to produce the desired results. Instead of achieving a breakthrough, these efforts have succeeded in heaping pressure on Ukraine and risking political instability in Kyiv, while at the same time not leading to any change in Russian policy.

Western policymakers should now stop trying to resolve what is an unresolvable contradiction and instead acknowledge the starkness of the Minsk conundrum: either Ukraine is sovereign, or it is not. In this case, compromise is not an option.

An alternative way to approach implementation of the Minsk agreements would be to make the defense of Ukraine’s sovereignty the unequivocal premise of Western policy. This means support for Ukraine’s interpretation of the agreements. Such an approach would use the Minsk framework as a tool to deescalate and manage the conflict. Western governments would meanwhile support political and economic reform in Ukraine, using Ukraine’s landmark Association Agreement with the European Union as an anchor, in order to strengthen Ukraine’s resilience in the face of Russian pressure.

This alternative approach would also proceed from the assumption that reintegrating the occupied Donbas is, at best, a long-term possibility if the peace process is to avoid imposing intolerable strains on Ukraine. Essentially, this approach would entail a stand-off with Russia that would only end when Russia’s leaders accepted Ukraine as a sovereign country.

The idea of a drawn-out conflict in eastern Ukraine and a lengthy confrontation with Russia would trouble many Western decision-makers. However, any attempts to implement the Minsk agreements that do not start from an unambiguous commitment to support Ukraine’s sovereignty will continue to fail, while also running the risk destabilizing Ukraine itself. Western policymakers need to decide which answer to the Minsk conundrum best serves their country’s interests and most closely accords with their professed principles.

Duncan Allan is an Associate Fellow of the Russia and Eurasia Program at Chatham House.

Ukraine’s President Zelenskyy has distanced himself from the national identity politics of his predecessor Petro Poroshenko. This has significantly complicated Russian efforts to demonize “nationalistic” Ukraine.

Vladimir Putin has turned the Red Army role in WWII into a victory cult designed to rebuild post-Soviet Russia’s national pride and provide justification for Moscow’s aggressive foreign policy in Ukraine and beyond.