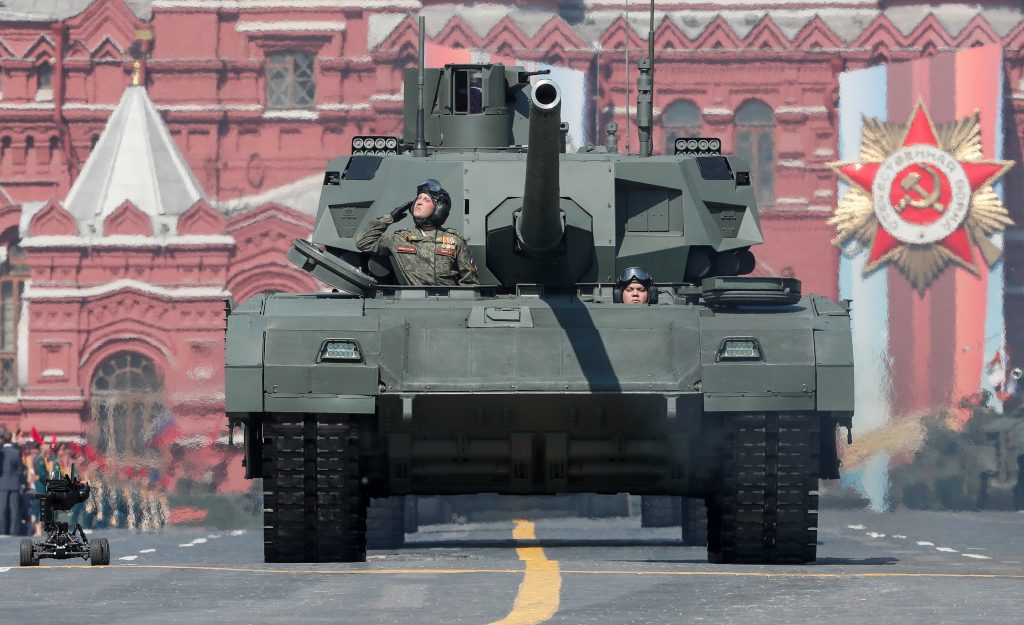 In 2020, the international community is marking seventy-five years since the end of World War II and the seventy-fifth anniversary of the United Nations. Unfortunately, both of these historic landmarks risk being overshadowed by the actions of one specific permanent member of the UN Security Council which insists on twisting historical facts for contemporary political purposes.

No single nation can claim a monopoly over the history of the Second World War. Nevertheless, Putin’s Russia seeks to impose the mythology of a heroic Soviet triumph on international audiences at the expense of more nuanced narratives. This trend towards the political distortion of WWII must be confronted and rejected if we are to avoid the prospect of facing similar tragedies in future.

There are numerous reasons why the Soviet-friendly version of WWII history promoted by Vladimir Putin is problematic. While modern Russian propaganda likes to portray the USSR as a staunch opponent of Nazism, the fact remains that the Soviet Union actually entered the war in September 1939 as an ally of Nazi Germany. Poland was the first country to fall victim to this collaboration between the Nazi and Soviet totalitarian regimes. Finland and the Baltic States would soon follow.

Nor was the cooperation envisaged in the Nazi-Soviet Pact limited to the partition and occupation of Eastern Europe. Up until the very day of the German attack in June 1941, the USSR continued to supply its strategic ally with the grain, oil products, nickel and ore required to fuel the Nazi war machine as Hitler embarked on the conquest of Western Europe.

Along with the myth of principled and consistent Soviet opposition to Nazism, the other key falsehood promoted by today’s Kremlin is the idea of Russia as the successor and guardian of the Soviet Union’s victory in the fight against Hitler. In reality, Russia was just one of many Soviet republics to pay a staggering price in blood for the eventual defeat of Nazi Germany. Indeed, while only a small portion of modern Russia was ever occupied by German troops, Ukraine and other front line Soviet republics experienced years of occupation and found themselves at the epicenter of the conflict from 1939 onward.

During WWII, Ukraine was a key battleground and scene of unimaginable carnage as the decisive southern flank of the German invasion rolled across the entire length of this vast country and all the way back again. According to conservative estimates, over eight million Ukrainians perished. Millions more were shipped to Germany as slave labor. Tens of thousands of towns and villages were destroyed, along with the country’s economy.

The Ukrainian contribution to victory was equally overwhelming. More than seven million Ukrainians served in the allied armies during WWII, with large contingents in the Polish, British, French, Canadian and US armed forces. The bulk of Ukrainians served in the Soviet military, where they provided a large proportion of commanders and constituted around a quarter of the entire Red Army.

Russia’s attempts to monopolize the Soviet WWII experience also mean minimizing the contributions of the Western allies. While the nations of Central and Eastern Europe undoubtedly did carry the highest burden of the war in Europe, the defeat of Hitler was only possible due to the valor and historic sacrifices of all allied countries. This is particularly true in relation to the United States of America and Great Britain.

As British Prime Minister Winston Churchill wrote in a telegram to US President Harry Truman on May 9, 1945, “In all our victorious armies in Europe we fought as one.” The collective nature of the allied victory should be saluted and remembered. Instead, narratives currently being promoted by the Kremlin place the emphasis almost exclusively on the Soviet war effort, which is in turn rendered Russian.

The Kremlin’s carefully curated victory cult is an important domestic propaganda tool that lies at the heart of modern Russia’s claims to great power status. It also has very real security implications for the contemporary world. Seventy-five years since the defeat of Adolf Hitler, Moscow uses the memory of WWII to justify ongoing military interventions in neighboring Ukraine and Georgia. It is reckless to assume that Russian ambitions extend no further.

Many in Moscow now see the conflict as an excuse to openly intimidate Russia’s neighbors and the wider international community. In recent years, it has become customary for Russians to celebrate the victory in WWII with the unofficial slogan: “We can do it again.” Is this the right way to honor the tens of millions who lost their lives fighting fascism?

As we reflect on the seventy-fifth anniversary of the end of WWII, we must remain vigilant to the threats modern Russia poses to the international security architecture that emerged in the post-war era. The international community cannot allow Russia to exploit the memory of the Second World War in order to provide cover for the Kremlin’s current expansionist foreign policies. The greatest tragedy of the past century must not be weaponized to justify further wars of aggression.

Humankind paid a terrible price for the peace attained in 1945. However, the struggle to maintain this peace is eternal. As long as Russians are being encouraged to say “We can do it again”, the collective reply of the international community must be an equally emphatic “Never again.”

Volodymyr Yelchenko is the Ukrainian Ambassador to the United States of America.

Image: A T-14 Armata Russian tank pictured on Moscow's Red Square during rehearsals for the 2019 Victory Day parade. During the Soviet era, Victory Day parades were only held on four occasions. Since 2000, Vladimir Putin has transformed the holiday into the central event on the Russian calendar as part of efforts to rebuild Russian national pride and rehabilitate the country's Soviet past. REUTERS/Shamil Zhumatov