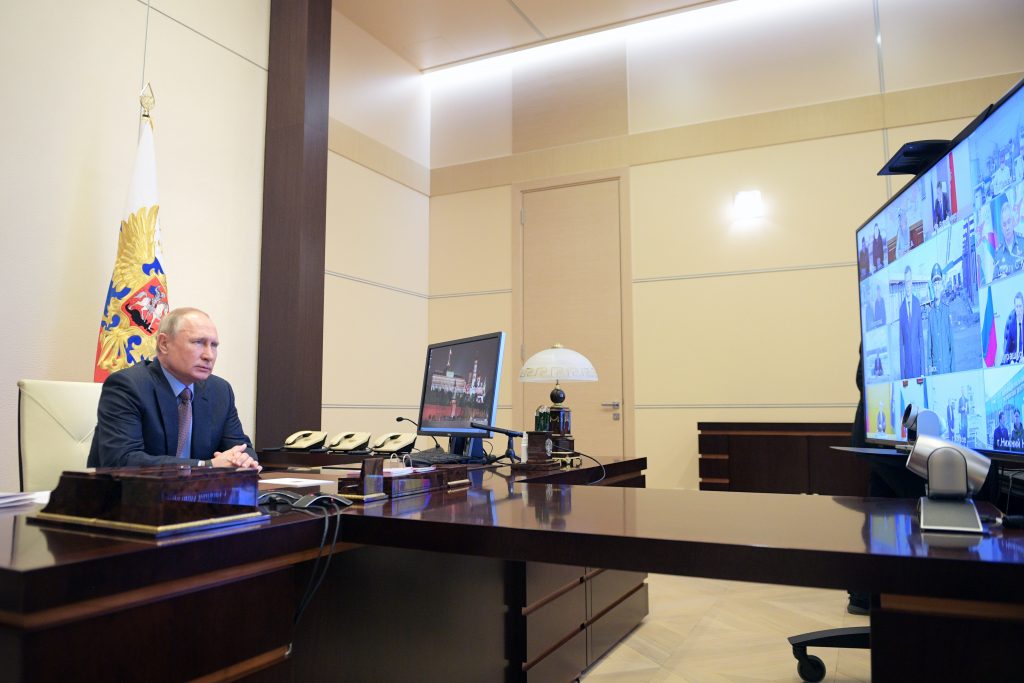 Ukrainian MPs passed a parliamentary resolution in late April calling on the international community to intensify pressure on Russia over Moscow’s ongoing aggression against Ukraine. This appeal was our reply to a recent Russian campaign seeking to secure sanctions relief as part of the global fight against the coronavirus pandemic. As one of the resolution’s authors, I believe it is vital to remind the international community of the issues at stake in Ukraine and the importance of continuing to hold Russia accountable.

At first glance, Moscow’s proposals may seem reasonable. With over 100,000 confirmed cases and more than 1,000 deaths by the end of April, Russia has been particularly hard-hit by the coronavirus pandemic. The severity of the crisis has forced Moscow to postpone a politically important referendum on constitutional changes and delay the huge celebrations planned for Victory Day on May 9 to mark the seventy-fifty anniversary of the Soviet triumph over Nazi Germany.

However, this has not prevented the Kremlin from continuing to pursue its aggressive foreign policy in Ukraine. Crimea and eastern Ukraine remain firmly under Russian occupation. Indeed, in recent weeks Moscow has actually moved to speed up the distribution of Russian passports to Ukrainians living in the occupied east. Meanwhile, all along the 400km front line that cuts through Ukraine’s Donetsk and Luhansk regions, sporadic fighting continues. While the rest of the world keeps track of the mounting coronavirus death toll, Ukrainians must also contend with a steady flow of casualties resulting from a six-year military campaign that Russia denies waging but refuses to bring to an end.

Vladimir Putin and other senior Kremlin officials appear to view the coronavirus crisis as an opportunity to advance their foreign policy goals. Beginning with Putin’s appeal for sanctions relief at a G20 video conference held on March 26, Russia has actively promoted the idea that a coronavirus-related relaxation of sanctions measures would be justifiable on humanitarian grounds. These efforts have met with considerable success, gaining traction within reputable international organizations and among existing supporters of renewed engagement with Moscow. Before anyone rushes to ease the pressure on Russia, they would do well to reflect on why sanctions were imposed in the first place.

The sanctions regime currently in place against Russia is multilayered and involves a wide range of measures adopted by different countries and international organizations. The one unifying factor is that they all relate to Russian aggression against Ukraine. Most sanctions were introduced in the months following the beginning of Russia’s military intervention in February 2014, with the US and EU taking the lead and other countries signing up or introducing similar measures of their own.

At the diplomatic level, Russia has been expelled from the G8 group of leading industrial nations. Sanctions lists have targeted a number of Russian government officials and businessmen along with Ukrainian collaborators, all of whom face restrictions on travel and economic activity. The most effective sanctions measures have been those leveled against Russian businesses and institutions active in the country’s energy, banking, and defense sectors. This has made it difficult for them to obtain credit, acquire up-to-date technologies, trade with the Western world, and attract investment. These business sanctions are specifically designed to disrupt Russia’s ability to wage war.

Moscow’s response to sanctions has long been caught up in contradictions. On the one hand, Kremlin officials have been fond of proclaiming that international sanctions are actually good for the Russian economy and have sparked a boom in domestic production (although there is very little evidence to support such boasts). On the other hand, senior government members have worked hard to have these supposedly benefical measures relaxed or lifted wherever possible.

Russia’s current campaign to secure sanctions relief is therefore nothing new. On the contrary, it is an opportunistic attempt to exploit the coronavirus crisis by claiming that sanctions are inhumane as they target ordinary people at a time when the international community should be looking to come together to combat the global pandemic.

In reality, the limited measures adopted to punish Russia for its military intervention in Ukraine do not prevent cooperation in the healthcare sector, nor do they restrict access to medical supplies. These measures are anything but indiscriminate. Targets have been specifically selected to include individual perpetrators of Russia’s aggressive foreign policy and the economic sectors that directly or indirectly fuel this aggression.

Advocates of sanctions relief may wish to argue that the sanctions imposed on Russia have had an overall negative impact on the country’s economy, driving down standards of living and reducing the amount of government funding available for things like the fight against coronavirus. This is technically true, but it overlooks the awkward fact that while Russia appeals to the international community on humanitarian grounds, the Kremlin seems to have more than enough money to continue waging war in Ukraine and engaging in military adventurism in various other countries around the world.

This is the hypocrisy at the heart of Russia’s current campaign. Moscow has even chosen to ignore UN Secretary-General Antonio Guterres’s call for an international ceasefire, and yet calls for global solidarity. After six years of dealing with Vladimir Putin’s hybrid war of lies and denials, such cynicism comes as no surprise to Ukrainians. Our fear is that the more naive members of the Western political classes may still find Russia’s arguments persuasive.

Nobody expects sanctions to remain in place forever, but they can only be removed once the causes of their introduction have been addressed. Any attempt to relax or weaken the current sanctions regime before Moscow ends its war in Ukraine would have potentially dire consequences for global security. It would undermine the most basic principles of international law and serve to encourage further such acts of military aggression.

If Putin genuinely wishes to secure sanctions relief, he can do so tomorrow by ordering the withdrawal of his forces from eastern Ukraine and Crimea. This would win him the goodwill of the international community and guarantee maximum solidarity in the fight against the coronavirus pandemic. As things stand, many in Ukraine find Russia’s talk of humanitarian gestures deeply unconvincing. We want to make sure the international community shares this skepticism.

Lisa Yasko is a Ukrainian MP from the Servant of the People party and Chair of the Ukrainian delegation to the Parliamentary Assembly of the Council of Europe.