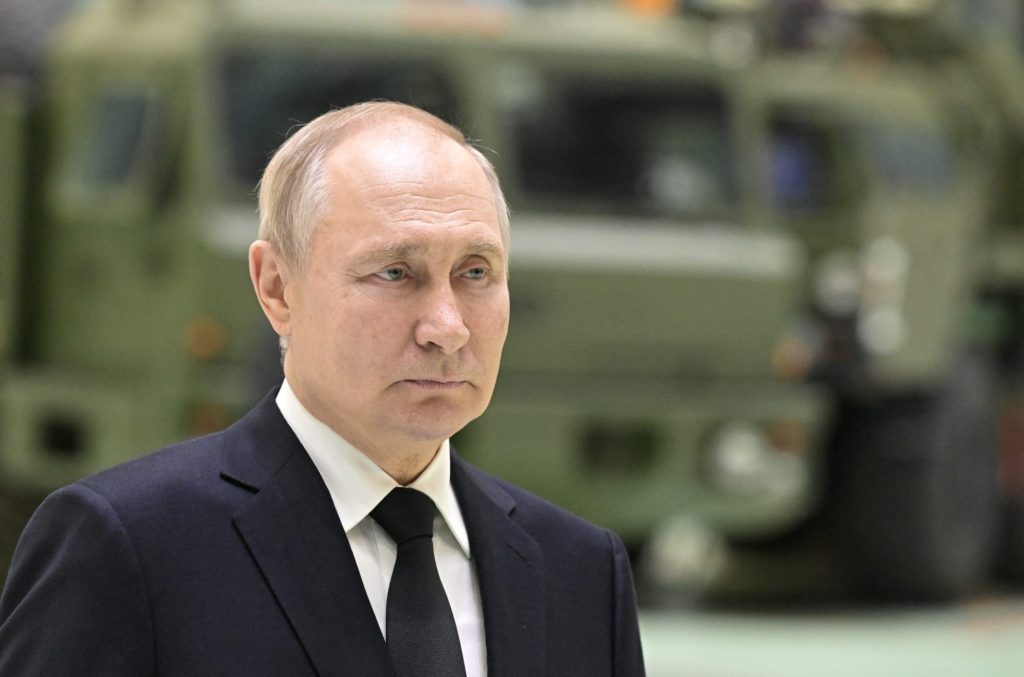 Ukraine’s remarkable military successes in the second half of 2022 have raised the prospect that Russia’s invasion of the country could end in a decisive Ukrainian victory. While this outcome would be widely welcomed, there are many who remain alarmed about the potential consequences of Russia suffering such an historic defeat.

These concerns are focused primarily on Moscow’s vast stockpile of nuclear weapons and the possibility that an increasingly desperate Vladimir Putin could deploy his atomic arsenal when faced with the prospect of losing the war. The Russian dictator himself has fueled these fears with a series of thinly veiled nuclear threats, declaring in September 2022, “I’m not bluffing.” However, there are good reasons to believe Putin will not use nuclear weapons in Ukraine, and even better arguments against bowing to his nuclear blackmail.

Much of the speculation over Russia’s nuclear saber-rattling has centered on Crimea. Ever since the Ukrainian peninsula was first occupied in early 2014, it has fallen under Russia’s nuclear doctrine, which allows for the use of nuclear weapons in response to existential threats to the Russian state. Some observers claim Crimea’s personal importance to Putin now makes it a key red line for Russia in the current war.

The 2014 seizure of the peninsula was hugely popular with the Russian public and is widely recognized as the defining moment of Putin’s 23-year reign. This has led many to conclude that the loss of Crimea would shatter his historical legacy and spark the collapse of his entire authoritarian regime.

Such assessments may not be entirely accurate. While the significance of Crimea should not be underestimated, the course and character of the ongoing Russian invasion of Ukraine, along with the recent attempted annexation of four more Ukrainian regions, have dramatically diminished the symbolic significance of the occupied peninsula.

When Crimea was first invaded almost nine years ago, the international community was caught completely by surprise. For years, Western leaders appeared perplexed by the ongoing Russian occupation and did not know how to react. This period of indecision came to an abrupt end on February 24, 2022, when Putin launched the full-scale invasion of Ukraine. Over the past eleven months, Crimea has lost its uniqueness and has instead become one part of a far larger geopolitical confrontation.

In September 2022, Russia officially annexed four partially occupied regions of Ukraine (Donetsk, Luhansk, Zaporizhzhia, and Kherson). These illegal annexations were carried out using the same model as the earlier seizure of Crimea, with a military occupation followed by sham referendums conducted at gunpoint. Putin clearly hoped the international reaction to these latest annexations would be similarly underwhelming.

Unfortunately for the Kremlin, there was to be no repeat of the paralysis that had marked the international response to the Crimean takeover. Instead, Russia’s September 2022 annexations were almost universally rejected and condemned. Crucially, these unrecognized annexations did not prevent Ukraine from continuing to fight back militarily in the regions now claimed as Russian by the Kremlin. Nor did they discourage the country’s Western partners from backing the Ukrainian military effort.

Just hours after Putin presided over a pompous annexation ceremony in the Kremlin, Ukraine liberated the strategically important city of Lyman in the “annexed” Luhansk region. Weeks later, Ukrainian troops completed the liberation of Kherson, the largest regional capital captured during the Russian invasion and the administrative center for another of the regions claimed by Russia.

Despite the humiliation of losing these territories so soon after declaring that they had joined Russia “forever,” Putin chose not to apply the nuclear doctrine. Ukraine’s leaders had successfully called his bluff in front of the watching world, while also demonstrating their own commitment to continuing counteroffensive operations and freeing the entire country from Russian occupation.

It should come as no surprise that Putin failed to follow through on his own nuclear intimidation. After all, the military arguments in favor of nuclear weapons are far from convincing. In a war of aggression such as the current Russian invasion of Ukraine, crossing the nuclear threshold would result in potentially devastating costs while offering dubious strategic advantages.

These realities did not prevent Putin from employing nuclear intimidation in September and October 2022, but his menacing statements soon backfired. US officials responded to Putin’s threatening talk with statements promising “catastrophic consequences” if Russia decided to break the 77-year taboo on the use of nuclear weapons. Meanwhile, in a rare example of public discord between Moscow and Beijing, China also indicated its disapproval of Putin’s nuclear threats.

The events of late 2022 have not yet convinced everyone that Putin’s nuclear threats are empty. Some still feel Crimea is somehow different and could yet provoke a nuclear response if Ukrainian forces appear poised to liberate the occupied peninsula. This discounts the fact that any military operation to retake Crimea would almost certainly only begin following the complete collapse of Russia’s position in mainland Ukraine. By that point, the Russian army would already be exhausted and largely destroyed as a fighting force. In other words, it would be far too late for Putin to rescue his regime by employing the most extreme of all military measures.

At stake is not only the future status of Crimea. If Putin’s nuclear blackmail proves effective, the repercussions for international security would be disastrous.

If Ukraine’s partners react to the Kremlin’s nuclear saber-rattling by withholding support for the liberation of Crimea, it would set a catastrophic precedent. Authoritarian regimes around the world would draw the obvious conclusion that nuclear powers can now safely invade their non-nuclear neighbors and annex territory with impunity.

This would lead to an unprecedented wave of nuclear proliferation as dozens of countries scrambled to protect themselves from attack. Russia’s invasion of Ukraine has already sparked serious discussions over the wisdom of Ukraine’s 1994 unilateral nuclear disarmament. If Putin is permitted to occupy Ukrainian land on the basis of his nuclear threats, the whole concept of non-proliferation will be discredited.

In the specific case of Crimea, letting the Russian occupation continue indefinitely would condemn Ukraine to more war while leaving Europe permanently destabilized. The full-scale invasion of the past eleven months has revealed the extent of Russia’s determination to extinguish Ukrainian statehood and erase Ukraine’s national identity. Unless Ukraine is completely liberated, Russia will use any remaining footholds in the country to launch the next invasion once Moscow has rearmed.

Nuclear weapons will not be able to fix Putin’s military failures or prevent Russia from losing the war. Instead, crossing the nuclear threshold would likely result in crushing international consequences and possibly even the end of the Putin regime. This may not be enough to prevent the Russian dictator from attempting to frighten Western leaders by threatening a nuclear response to the liberation of Crimea. Ukraine and the country’s partners must make clear that they will not be intimidated by such tactics. Putin’s nuclear blackmail represents a grave threat to the future of global security. It is vital that he does not succeed.

Image: Russian President Vladimir Putin attends a meeting with employees of Obukhovsky plant, which is one of the production sites of the Russian missile manufacturer Almaz-Antey, in Saint Petersburg, Russia, January 18, 2023. (Sputnik/Ilya Pitalyov/Pool via REUTERS)