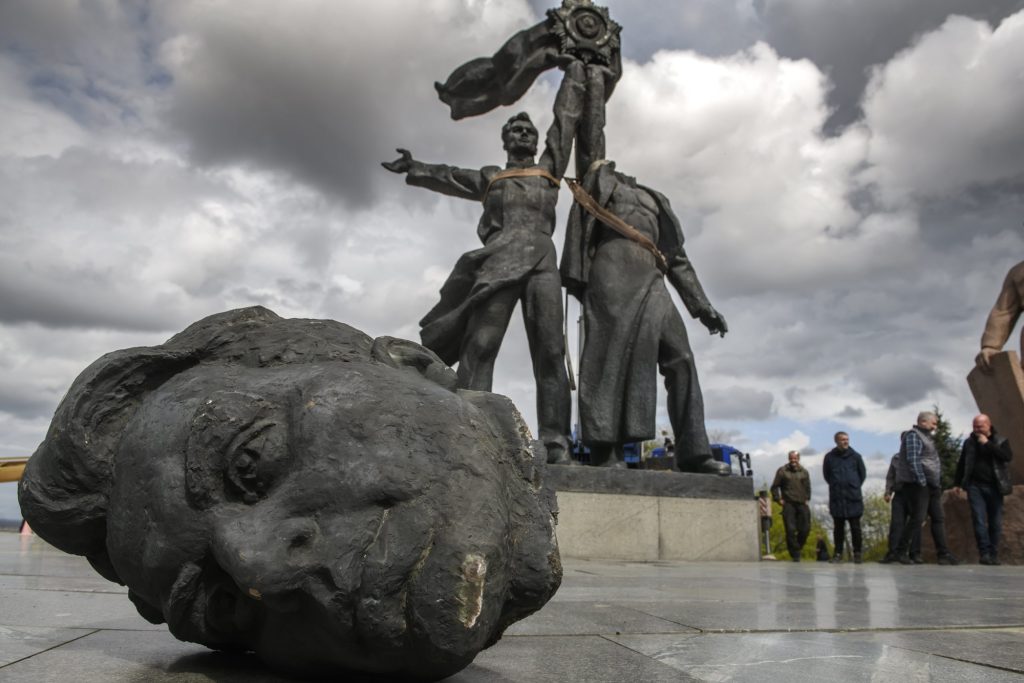 As Vladimir Putin’s disastrous invasion of Ukraine continues to unravel, growing numbers of Western experts are predicting the breakup of the Russian Federation itself. While Russia may yet survive the debacle in Ukraine, it is already apparent that the Kremlin has suffered an historic loss of influence in the wider post-Soviet region. As in 1991, this collapse has been brought about by Ukraine’s drive to escape Moscow’s control.

Since the early 1990s, the Kremlin has insisted that the West recognize the former Soviet Union as Russia’s exclusive sphere of influence. This demand predates Vladimir Putin’s rise to power by nearly a decade and is one of the central pillars of modern Russian foreign policy. In other words, Moscow never truly accepted the verdict of 1991 and has always sought to retain its imperial influence throughout the former USSR.

Beginning in the early 1990s, Russia used the vast army it inherited from the USSR to impose frozen conflicts and military bases on its weaker post-Soviet neighbors, while also forcing them to maintain deep economic ties and join Russian-led political and security structures. This Russian dominance is now finally being challenged. The reason is simple: Ukraine’s military victories have debunked Moscow’s claims to great power status and shattered the myth of Russian military might.

Evidence of Russia’s declining influence can be seen throughout the post-Soviet world. On the frontlines in Ukraine, Putin’s invasion force is suffering from increasingly obvious manpower shortages that make a mockery of attempts to portray Russia as the world’s number two military power. Moscow has been forced to withdraw troops from deployments across the former USSR while also recruiting soldiers from among the Russian prison population.

Russian military withdrawals from Central Asia have led to renewed border clashes between Kyrgyzstan and Tajikistan. The changing dynamic in the region was also on display at the recent Shanghai Cooperation Organization summit in Uzbekistan, with the leaders of India and China both expressing concerns over Russia’s invasion of Ukraine and the President of Kyrgyzstan keeping Putin waiting prior to their bilateral meeting. Putin was once notorious for making world leaders wait, but the shoe is now on the other foot.

Russia’s withdrawal of nearly 1,000 troops from Armenia to bolster the faltering invasion of Ukraine was a signal to the countries of the South Caucasus that Kremlin influence in the region is in decline. Armenia has so far refused to see the writing on the wall and continues to place all its eggs in the Russian basket. Azerbaijan, which has pursued a multi-vector foreign policy and has not joined Russian-led initiatives, has used Moscow’s waning influence to launch a military operation against Armenia.

The European Union has tried but so far failed to broker a peace treaty between Armenia and Azerbaijan that would recognize the border separating the two nations and end three decades of intermittent conflict. Meanwhile, Armenians have protested in Yerevan over the possible signing of a peace treaty, but it is difficult to see how Armenia could hope to defeat its wealthier and militarily stronger neighbor without Russian support.

Russia’s retreat from the region also has major implications for nearby Georgia and the country’s dominant figure, pro-Kremlin oligarch Bidzina Ivanishvili. Under Ivanishvili’s influence, Georgian democracy has stagnated. Notably, the country was not offered EU candidate status alongside Ukraine and Moldova in summer 2022.

Georgia has not officially backed Ukraine over the Russian invasion and has instead joined Armenia in helping Moscow evade sanctions. This stance is out of step with Georgian public opinion, with a clear majority of Georgians supporting Ukraine. Indeed, the largest international military unit fighting Russia in Ukraine is the Georgian Legion. Georgia is now believed to be contemplating whether to use the collapse in Russian power to intervene against South Ossetia and Abkhazia, the two Kremlin-controlled breakaway Georgian regions recognized by Moscow as independent states.

Moldova is also watching events in Ukraine closely and eyeing its own Kremlin-orchestrated frozen conflict. Russian troops have been stationed in the Transnistria region of Moldova since the early 1990s. Ukraine’s military successes are now sparking debate over whether the time has come to challenge the continued presence of this small and isolated Russian army outpost.

Russia’s retreat is nowhere more immediate or obvious than in Ukraine. Putin’s brutal invasion was supposed to derail Ukraine’s Euro-Atlantic integration and force the country firmly back into the Kremlin orbit. Instead, it has turned Ukrainian public opinion decisively against Russia while also uniting Ukrainians. Polls now consistently indicate similar attitudes throughout both western and eastern Ukraine toward Russia, national identity, language, and foreign policy. Rather than destroying the Ukrainian nation, Russian aggression has dramatically accelerated the country’s nation-building progress.

Throughout the former USSR, Russia’s only remaining loyal allies are Belarus and Armenia. The Moscow-led Collective Security Treaty Organization (CSTO) and the Eurasian Economic Union no longer appear to be functioning in any meaningful sense.

Ukraine and Moldova are now firmly within the EU sphere of influence. Azerbaijan has cemented a strategic alliance with Turkey and is a rising economic and military power whose energy resources will become increasingly important to the EU as Europe seeks to end its dependency on Russia. Georgia’s unnatural pro-Russian stance is crumbling. Meanwhile, China has replaced Russia as the preeminent power in Central Asia. Russia’s humiliating military setbacks in Ukraine and economic isolation from the Western world have confirmed its status as China’s junior partner.

Thirty years on from the disintegration of the USSR, Russia is in the midst of another imperial collapse. Countries that spent the past three decades as part of Moscow’s informal empire are now turning away from Russia and taking control of their own destinies. Unsurprisingly, Europe, Turkey, and China are now all seen as more attractive partners.

Once again, it is Ukraine that is serving as the catalyst for Russia’s retreat. Putin’s invasion was meant to extinguish the Ukrainian state once and for all. Instead, Russian imperial influence is in danger of receding to levels not witnessed in hundreds of years.

Taras Kuzio is professor of political science at the National University of Kyiv Mohyla Academy and author of the forthcoming “Fascism and Genocide: Russia’s War Against Ukrainians.”

Image: A Soviet monument in Kyiv to friendship between Ukrainian and Russian nations during its demolition amid Russia's invasion of Ukraine. April 26, 2022. (Photo by Maxym Marusenko/NurPhoto)