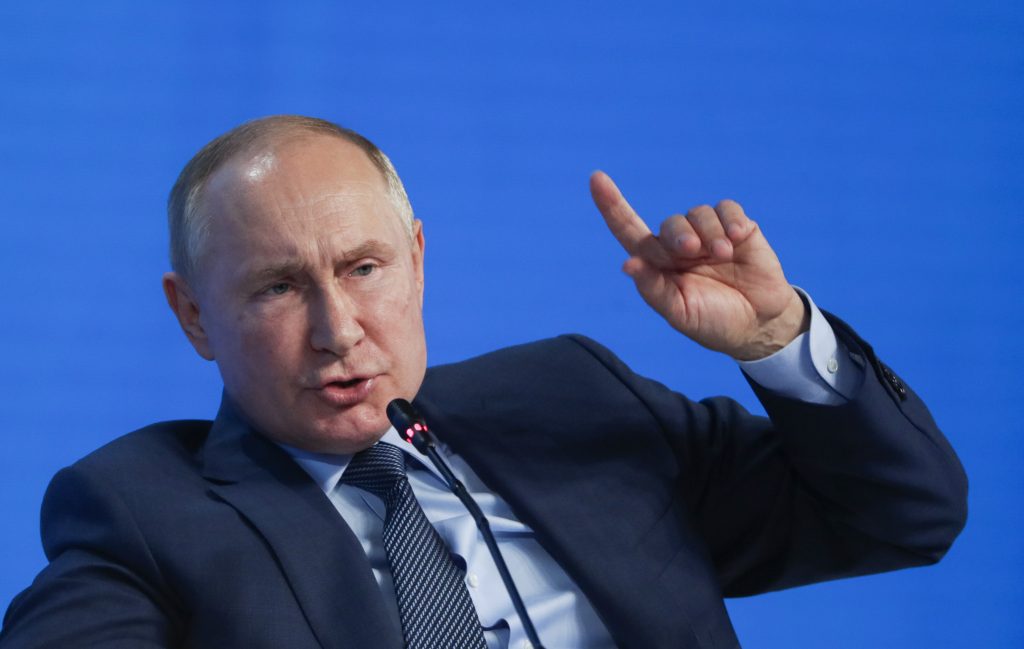 How do you make peace with someone who refuses to admit they are waging war? This is the conundrum facing Ukraine as it seeks to end a seven-year war with Russia while confronted by the brick wall of Moscow’s blanket denials.

Ever since fighting first broke out in 2014, Russia’s insistence on claiming bystander status in a conflict initiated and orchestrated from Moscow has dramatically reduced the chances of a peaceful settlement. This was highlighted last week by no less an authority than Vladimir Putin’s personal press secretary Dmitry Peskov.

While explaining why there is currently little prospect of a bilateral meeting between Putin and Ukrainian President Volodymyr Zelenskyy, Peskov complained that the Russian leader finds it difficult to communicate with his Ukrainian counterpart. “Mr. Zelenskyy, for example, stubbornly calls Russia a party to the conflict in the southeast of Ukraine. This is not so,” commented Peskov.

Zelenskyy is far from alone in insisting on Russian involvement in the conflict, of course. From the moment that thinly disguised Russian troops without identifying insignia first began the takeover of Crimea in February 2014, few credible observers outside of Russia itself have seriously questioned the reality of Russian aggression against Ukraine. Indeed, Putin’s war may well be the worst-kept secret in the world.

During the initial months of the conflict as Russia’s invasion spread from Crimea to mainland Ukraine, the international community was sufficiently convinced of Kremlin involvement to impose sanctions on Moscow. Meanwhile, the International Criminal Court in The Hague recognized Russia’s involvement in eastern Ukraine as far back as 2016, leading to Russia’s withdrawal from the ICC.

More recently, the foreign ministers of G7 nations Canada, France, Germany, Italy, Japan, the UK, and the US signaled their growing impatience at Russia’s endless deceptions with a joint March 2021 statement that included the no-nonsense declaration, “Russia is a party to the conflict in eastern Ukraine, not a mediator.”

This consensus is hardly surprising, given the overwhelming body of evidence pointing to Russia’s military involvement in eastern Ukraine. Russian soldiers have been captured deep inside Ukraine and sightings of Russian military hardware are frequent.

Many of the people who served as figureheads for the Kremlin offensive in the early days of spring and summer 2014 have since provided eyewitness accounts detailing the role of the Russian military, while the entire international investigation into the downing of flight MH17 over eastern Ukraine is a treasure trove of incriminating evidence that leads directly to the Russian Armed Forces.

None of this has persuaded Putin to acknowledge Russian involvement in the conflict, beyond some cryptic references in 2015 to “people who carried out certain tasks including in the military sphere.” Instead, he continues to offer implausible denials that convince nobody and seem to serve little purpose other than making meaningful progress towards peace impossible.

As Peskov himself recently pointed out, even basic dialog between Russian and Ukrainian officials is problematic when the positions of the two sides differ so fundamentally on the entire character of the conflict. If there are no Russian forces in eastern Ukraine, how can their withdrawal be negotiated? Likewise, can the complex infrastructure of Russian occupation ever be genuinely dismantled if Putin insists it does not exist? What hope is there for a lasting reconciliation between the Russian and Ukrainian nations if the Kremlin continues to deceive domestic audiences with tall tales of Russia’s blamelessness?

Putin understands all this perfectly well but remains unmoved. He appears to have no interest in a compromise settlement with Ukraine and remains wholeheartedly committed to the subjugation of the country. This has been made painfully clear by Putin’s own recent writings as well as comments from other leading Russian officials.

The Russian leader’s July 2021 essay “On the Historical Unity of Russians and Ukrainians,” read like a declaration of war against Ukrainian statehood. This was followed by former Russian president Dmitry Medvedev’s own vitriolic anti-Ukrainian article, which dismissed Ukraine as a “vassal state” and argued that any talks with the current Ukrainian authorities were not only senseless but harmful.

The Deputy Chairman of the Russian Parliament, Pyotr Tolstoy, summed up the mood in Moscow during an October 16 appearance on Russian TV. Tolstoy, who notably is also the Vice-President of Europe’s leading human rights body, the Parliamentary Assembly of the Council of Europe, stated that Ukraine was “part of Russia” and declared, “There will be no Ukraine.”

Such bellicose rhetoric puts Russia’s ongoing denials into perspective. It is also a wake-up call for the international community, which has often been guilty of downplaying the scale of Russian ambitions in Ukraine for fear of provoking the Kremlin into further acts of aggression. While there has been no serious attempt to embrace Moscow’s absurd assertions of noncombatant status, there has been a regrettable tendency to indulge the Kremlin with diplomatic euphemisms.

This needs to change. Russia has already signaled its intentions in deeds as well as words. Earlier this year, the world watched as Moscow massed an invasion force close to Ukraine’s eastern and southern borders. This act of saber-rattling was also a dress rehearsal for a major new offensive that may yet unfold. With the Nord Stream 2 pipeline now complete and expected to enter service in the coming months, Russia is no longer constrained by a reliance on Ukraine’s own gas transit network.

The stage is set for a potentially dramatic escalation in Putin’s not-so-secret war, and the time has come to send an unambiguous message to Moscow. The world knows that Vladimir Putin is lying about the war in Ukraine, but unless the international community imposes appropriate costs now, the price of peace may soon become significantly higher.