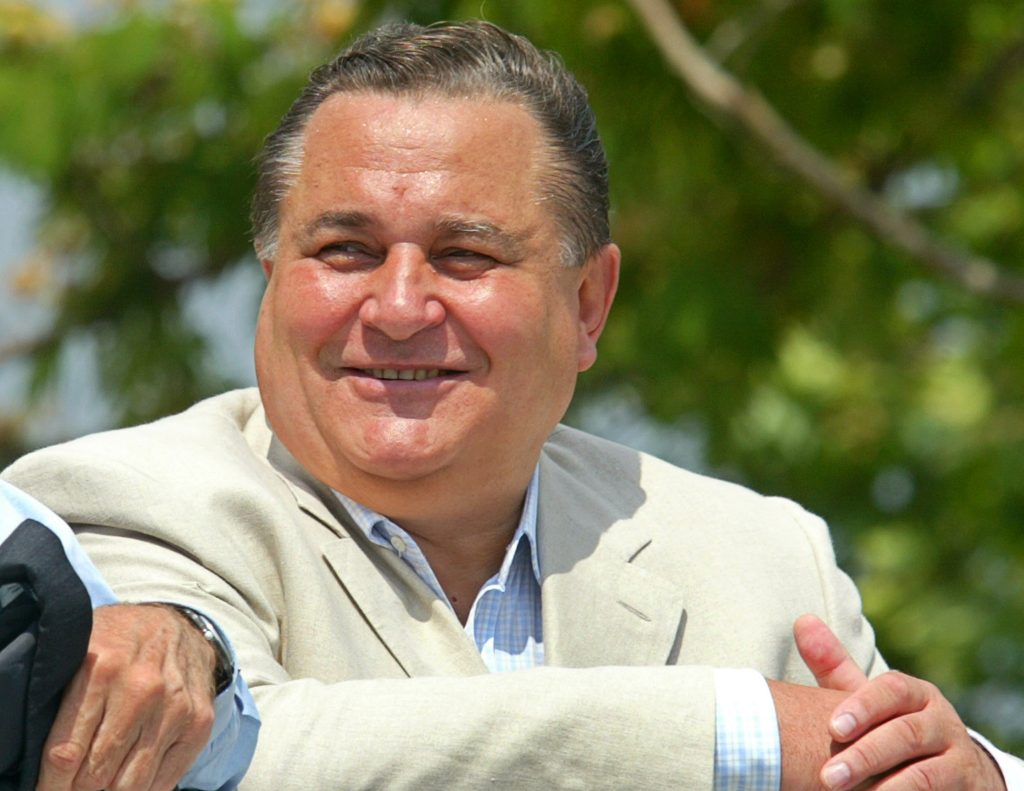 Ukrainian politician and statesman Yevhen Marchuk passed away on August 5 at the age of eighty. Marchuk was one of the country’s most prominent public figures during the early years of Ukrainian independence, founding the Ukrainian Security Service (SBU) before serving as both Prime Minister and Defense Minister.

In more recent years, Marchuk remained active in public life. Beginning in 2015, he took part in peace talks with Russia as Ukraine’s representative in the Trilateral Contact Group in Minsk. In a message of condolence posted to social media, Ukrainian President Volodymyr Zelenskyy acknowledged these efforts to secure peace and noted that Marchuk had “devoted his entire life to protecting the national interests of Ukraine.”

The Atlantic Council invited a number of Ukrainian and international commentators to share their reflections on Yevhen Marchuk’s place in modern Ukrainian history.

John Herbst, Director, Eurasia Center, Atlantic Council: Yevhen Marchuk was Ukrainian Minister of Defense during my first year as US Ambassador in Ukraine. I remember a serious, dignified man and good colleague who recognized the importance of strong relations between Washington and Kyiv. A major issue at that time was the Ukrainian troop contingent among the allied coalition in Iraq.

Of course, Marchuk was more than Defense Minister. During his career, he also served as head of the SBU, Prime Minister, and First Deputy Prime Minister. In other words, he was among the small group of senior officials steadying Ukraine as it navigated its first years of independence. But in some ways the measure of his devotion to Ukraine came in his later years, when he agreed to head Ukraine’s delegation to the Trilateral Contact Group in Minsk. A difficult task that needed doing. Vichnaya pamyat’.

Danylo Lubkivsky, Director, Kyiv Security Forum: Yevhen Marchuk ranks among the most important pioneers of Ukraine’s Euro-Atlantic course. He was at the heart of efforts to bring Ukraine back to a united Europe, join the Council of Europe, and achieve the goal of NATO membership.

Marchuk should also be recognized for his consistent resolve since Ukraine first regained independence to deter Russian attempts to dismember the country and harm our national interests. He will be remembered in Ukraine as a patriot and as a man with a clear national vision.

James Sherr, Senior Fellow, Estonian Foreign Policy Institute at the International Centre for Defence and Security, Tallinn: When Yevhen Kyrylovych Marchuk was appointed as first Head of the Security Service of Ukraine (SBU) in March 1992, the immediate and compelling question was whether Ukraine would evolve into an independent state or become a Russian dependency in Ukrainian national garb. As a KGB officer since 1963, Marchuk personified this uncertainty and the dilemma that accompanied it: how to lead the country out of the Soviet morass without the services of those who understood its mechanisms, their inter-connectedness, and the norms and duplicities of that world.

Twenty-nine years later, one remembers a perceptive, strong, and farsighted man, sturdy in his judgments, deep and practical in his knowledge, and in no way short of courage. When still Acting President Putin gave President Kuchma an ultimatum to halt the siphoning of Russian gas in 2000, the task was entrusted to Marchuk (then Secretary of the National Security and Defense Council), who accomplished it all too well. When he discerned that Gazprom was siphoning some of its own gas in order to prolong the dispute, the discovery nearly cost him his life.

At the NSDC and as Minister of Defense, Marchuk steadily plotted a course towards NATO, repeatedly disrupted by opportunism, provocation, and sabotage. He earned enormous respect in the West and helped to make the NATO-Ukraine relationship part of the geopolitical furniture of Europe. Thanks to Marchuk and others like him, Ukraine constructed a durable and resilient state, with flaws that are obvious today. The compelling question now is whether this state can be preserved as well as changed.

Lisa Yasko, Ukrainian MP, Servant of the People party: Yevhen Marchuk’s passing marks the end of an era. He remains best known for his leading role in the 1990s transition from the KGB epoch to the creation of the Ukrainian Security Service, and is widely recognized for his outstanding intelligence and patriotism.

As well as leading the fledgling Ukrainian Security Service, Marchuk also served in a range of other senior government posts including Prime Minister, Minister of Defense, and Secretary of the National Security and Defense Council. Arguably no other politician in modern Ukrainian history has such a distinguished record.

There can be no illusions about the nature of the KGB, where he spent the early decades of his career. Nevertheless, following the restoration of Ukrainian independence in 1991, Marchuk worked wholeheartedly to safeguard the country’s security and democracy.

Key events stand out, such as his involvement in resolving the 2003 Tuzla confrontation, and the Minsk negotiations since 2014. As a special representative to the Trilateral Contact Group in Minsk, he did a great deal to help secure the release of illegally detained Ukrainians and enable them to reunite with loved ones. Whenever he was called upon, Marchuk always defended Ukraine’s national interests.

Oleksiy Goncharenko, Ukrainian MP, European Solidarity party: Yevhen Marchuk was a major personality in modern Ukrainian history and a true patriot. He made a huge contribution to the formation of our state, held many important government positions, and helped solve some of the most difficult issues facing Ukraine. One of his greatest achievements was the peaceful settlement of the confrontation with Russia in 2003 over the island of Tuzla. On that occasion, Marchuk’s intervention helped end Russia’s aggressive actions.

Politicians and statesmen who worked with him remember Marchuk as a man who was unfailingly committed to the protection and promotion of Ukrainian interests. During his remarkable career, he was instrumental in fostering deeper international security cooperation with NATO and the EU. As a member of the Trilateral Contact Group in Minsk, he remained engaged in efforts to resolve Ukraine’s security issues until his final years. The death of Yevhen Marchuk is, without exaggeration, a great loss for our state.

Volodymyr Dubovyk, Associate Professor, Odesa Mechnikov National University: Yevhen Marchuk will be fondly remembered across the board in Ukraine and deservedly so. He contributed in a major way towards the consolidation of the Ukrainian state at various decisive points during the past three decades of the country’s post-Soviet development. Along the way, his name became associated with the twin traits of patriotism and professionalism.

To the best of his ability, Marchuk tried to stay away from excessively politicized issues and personal quarrels. Instead, he preferred to focus his energies on what he considered the far more important issue of Ukraine’s national interest. This helped make Marchuk one of the very few people to earn respect from peers and colleagues across the Ukrainian political spectrum.

In his various senior positions, he had a reputation as a good manager who shunned snobbery, communicated well with junior staff, and offered guidance to the younger generation. With the passing of Yevhen Marchuk, Ukraine has lost one of its most prominent statesmen. As we honor his memory, it is pleasing to know that he lived to see Ukraine emerge as a mature nation state.