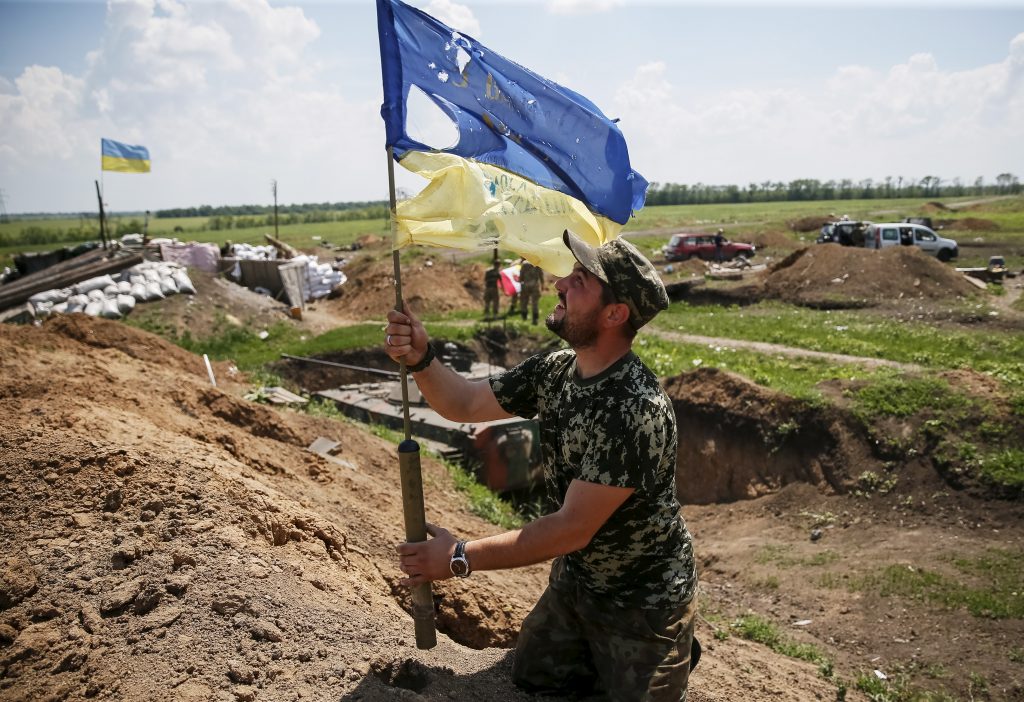 After many months of delays, President Zelenskyy finally approved Ukraine’s new National Security Strategy in mid-September. This is the fourth Ukrainian security strategy document to be produced during the country’s nearly thirty years of independence, and follows the publication of similar documents in 2007, 2012, and 2015.

Ukraine’s new security blueprint has little of the ambiguity or euphemistic language often associated with President Zelenskyy. Instead, Russia is repeatedly identified as an aggressor and NATO membership is frequently mentioned as Ukraine’s key national security objective. Nevertheless, it remains to seen whether the subsequent actions of the Zelenskyy administration will align entirely with these strong policy statements.

The first thing that many commentators noted about the new National Security Strategy was the delay in its final approval, which amounted to around half a year. By summer 2020, there was already considerable grumbling among the security sector professionals who had been involved in the working group behind the document. Some uncharitable observers saw the postponed publication of the new strategy as further evidence of President Zelenskyy’s reluctance to risk offending the Kremlin and his apparent fear of hindering ongoing negotiations over the conflict in eastern Ukraine.

Whatever the true reason behind the delay, this long wait is one of the few serious criticisms that can be leveled at Ukraine’s new National Security Strategy. On the whole, the document itself is encouraging and covers most of the fundamental security challenges facing today’s Ukraine in a frank and constructive manner.

On key issues such as NATO membership, the new National Security Strategy offers significantly greater clarity than its 2015 predecessor. The version five years ago clearly stated Ukraine’s plans to seek membership of the European Union while referring in somewhat understated fashion to “creating the conditions for NATO membership.” This earlier language may have been an attempt to leave room for compromises with the Kremlin. It was adopted in May 2015 at a time when former Ukrainian President Petro Poroshenko still harbored some hopes of achieving a viable peace agreement with Russia.

The new version offers a far clearer vision of Ukraine’s geopolitical direction. “Acquisition of full membership in the European Union and the North Atlantic Treaty Organization is the strategic course of the state,” it declares. Such statements provide welcome clarity, even if they do not succeed in removing the many practical obstacles that still stand between Ukraine and future membership of NATO and the European Union.

The entire National Security Strategy is marked by similarly unambiguous language. Indeed, in a blow to Zelenskyy’s critics, who often accuse him of hiding behind deliberately vague security and foreign policy statements, the word “aggression” is used in relation to Russia on at least eight occasions.

Meanwhile, NATO is name-checked eleven times. The focus on NATO includes considerable detail on plans to seek a NATO Membership Action Plan in the coming years. This practical approach to NATO membership has been warmly greeted by sections of the Ukrainian civil society and security communities, where many have long advocated the pursuit of a Membership Action Plan.

Understandably, Ukraine’s new National Security Strategy places considerable focus on the country’s ongoing response to Russian aggression. In particular, it confirms that negotiations with the Kremlin will continue to be mediated by OSCE member states and the EU. This is noteworthy as it indicates that the document’s authors appreciate the pitfalls of pursuing talks with Putin alone, despite Zelenskyy’s earlier enthusiasm for greater bilateral dialog.

There is also recognition of the threat posed by Kremlin hybrid warfare operations, with the document noting that the Russian secret services “continue intelligence and subversive activities against Ukraine, including attempts to fuel separatist sentiments or engage with organized criminal groups and corrupt officials.”

Inevitably, the new National Security Strategy has generated a number of relatively minor complaints. The document’s attempt to grade Ukraine’s strategic partners in terms of their importance was neither transparent nor particularly helpful. Why, for example, was neighboring Poland placed alongside Azerbaijan and behind the likes of Britain and France? There was no mention whatsoever of Romania, despite this country’s considerable strategic importance to Eastern European security and Bucharest’s proven reliability as a partner in terms of deterring further Russian aggression.

In an encouraging step, the National Security Strategy identifies corruption as a security challenge. This places the fight against corruption in a broader context and highlights the national security dangers of continued lax attitudes towards corrupt practices within government.

However, any declarations about the strategic value of combating corruption must be set against the recent flurry of legislative and judicial actions in Ukraine that threaten to undermine the work of the country’s existing anti-corruption bodies. This raises obvious questions over the Zelenskyy administration’s commitment to the good intentions set out in the country’s updated security strategy.

The alleged gap between the words and deeds of the Zelenskyy administration underpins most of the criticisms aimed at the National Security Strategy since its publication. These doubts are reasonable. The long delay before its eventual release helped to fuel speculation over President Zelenskyy’s attitude towards the document, and it remains unclear how fully he embraces the key messages it lays out.

For now, this new National Security Strategy serves a purpose as a guide to the official Ukrainian position on a range of key issues that will help shape the country’s future. While there are no guarantees that the current authorities will strictly adhere to the positions outlined in this document, it will nevertheless be useful to have as a point of reference for all those who from time to time forget Ukraine’s strategic course or become confused over which countries are considered aggressors.

Alyona Getmanchuk is the director of the New Europe Center. A Ukrainian-language version of this article was originally published by Ukrainska Pravda and is republished here in English-language format by the Atlantic Council with the author’s permission.

Ukraine must think globally in its hybrid war with Russia

Russia’s hybrid war against Ukraine is likely to last decades. Kyiv’s best hope of success lies in broadening the context of the conflict and backing international efforts to contain the Kremlin.