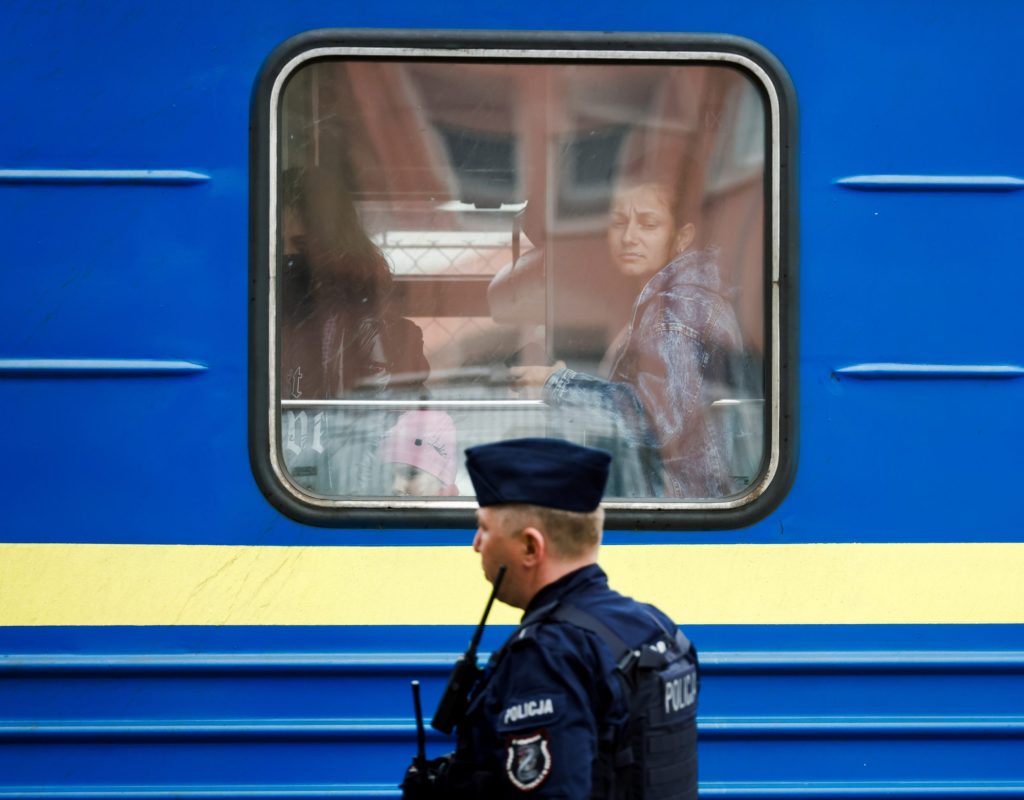 In recent weeks, Russia has launched a campaign of targeted airstrikes against Ukraine’s critical civilian infrastructure as Moscow seeks to deprive Ukrainians of heating, electricity, and water ahead of the coming winter season. The Kremlin hopes to spark a humanitarian crisis and appears to believe that a new wave of Ukrainian refugees will fuel social tensions within the EU while undermining European support for Ukraine. Europe must be ready to counter Russian efforts to weaponize refugee fatigue.

Since February 24, over 7.7 million Ukrainians have fled Ukraine for safety in countries across Europe, representing by far the largest European refugee crisis since the end of World War II. Ukrainian refugees have overwhelmingly experienced a warm welcome from European governments, humanitarian aid workers, and private citizens alike. Countries across Europe have rightly been commended for their efforts to help Ukrainian refugees, but as numbers have steadily grown, resources and capacity have inevitably become strained.

Continued support for Ukrainian refugees will have a pronounced impact on budgets, resources, and infrastructure across Europe. The OECD estimates that Poland will spend 8.36 billion euros on Ukrainian refugees this year alone. A September UNHCR survey of Ukrainian refugees found that 68% of respondents were not yet economically active while 47% relied on assistance programs as their primary source of income.

Accommodating such large numbers of Ukrainian refugees is placing enormous strains on existing public resources. For example, around 185,000 new Ukrainian students joined Polish primary schools at the start of the new academic year in September.

A number of right-wing European politicians have already attempted to exploit mounting refugee-related concerns. So far, these efforts have largely failed to gain traction. Nevertheless, attacks on refugee accommodation and assaults on individual Ukrainian refugees highlight the potential dangers. Meanwhile, some EU citizens hosting Ukrainian refugees in their homes are beginning to ask how much longer their assistance will be required.

As energy prices skyrocket and inflation soars throughout the European Union, Ukrainians may find current programs under threat due to potential public frustration. Support may be cut as governments reconsider their spending in the face of economic crisis and as populist politicians seek scapegoats.

There are already some indications of wavering support toward Ukrainian refugees. In summer 2022, Bulgaria suspended its housing accommodation program. The Bulgarian authorities stated lack of gratitude displayed by Ukrainians as the primary decision for the shift in policy, before reinstating the program following international criticism.

In September, the leader of Germany’s Christian Democratic Union, Friedrich Merz, accused Ukrainian refugees of “welfare tourism,” stating that refugees were taking advantage of German social services. Even Poland recently announced a change to its Ukrainian refugee policy, with refugees required to cover a part of living costs for collective accommodation.

With Russia now plotting to fuel an escalation in the refugee crisis, Western leaders need to be prepared. The world’s wealthiest countries must open their doors and their wallets to ensure that solidarity with Ukraine does not flag during the coming winter months.

So far, the United States has only committed to accepting up to 100,000 refugees. According to the UNHCR, France has accepted 105,000 Ukrainian refugees or just 154 for every 100,000 citizens compared to Estonia’s total of 60,980 Ukrainian refugees or 5,033 per 100,000 citizens. As often occurs during refugee crises, countries with lesser capacity to address the situation end up hosting the most refugees. Transatlantic partners should prove their commitment by addressing this imbalance.

It is also necessary to expand aid to countries that have accepted the most refugees per capita. At the onset of the war, humanitarian funding went only to the five countries bordering Ukraine that were originally listed in the UNHCR’s Regional Refugee Response Plan. This excluded countries which accepted a comparatively large number of refugees relative to their population such as the Czech Republic and Estonia, creating greater resource divides in areas not covered by the initial aid package scenario. While the UNHCR’s plan now includes other countries and transatlantic partners have provided additional funding, current levels of financial support remain insufficient.

Every refugee crisis is unique. While the moral and ethical imperatives of humanitarian assistance certainly apply in the present case, they are also joined by an ominous political calculus. Refugee fatigue is an opportunity for Russia to sow division between European countries and undermine Western support for Ukraine. With a challenging winter season now fast approaching, the democratic world would do well to find a renewed and expanded commitment toward refugee admittance and resettlement.

Kristen Taylor is a young global professional at the Atlantic Council’s Europe Center and a graduate student at American University.

Image: Ukrainian refugees look out of a window on a train arriving from Odesa after crossing the Ukraine-Poland border. Przemysl, Poland. April 21, 2022. (REUTERS/Darrin Zammit Lupi)