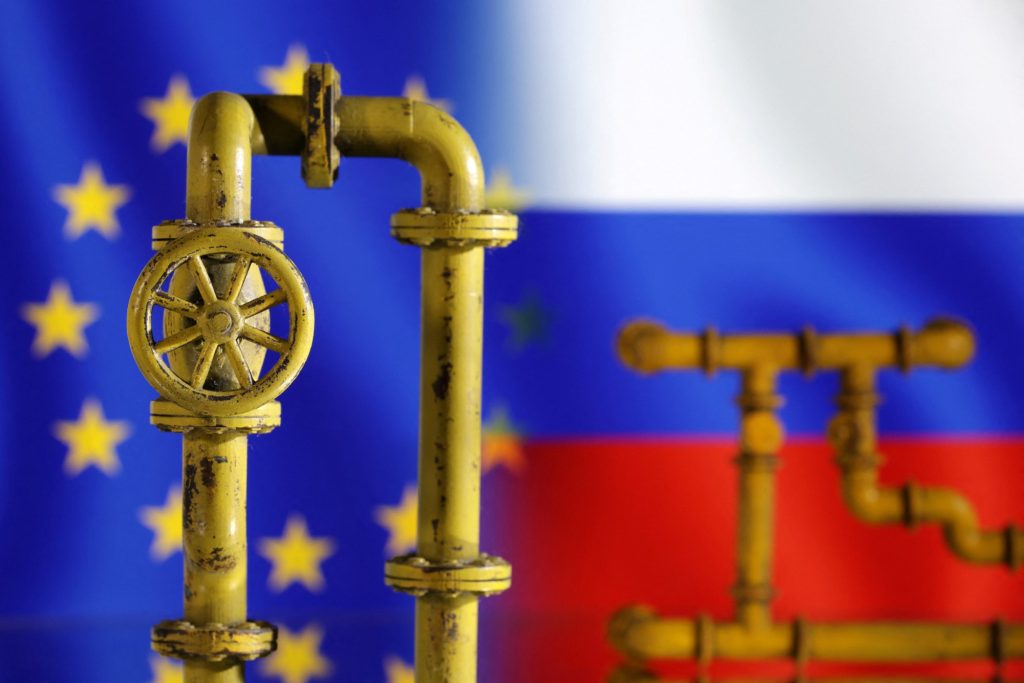 The CEO of Ukrainian energy giant Naftogaz has slammed Canada’s recent decision to undermine sanctions by agreeing to return a gas pipeline turbine to Russia. Speaking to the Atlantic Council, Yuriy Vitrenko condemned the move as a “disturbing” example of Western leaders succumbing to Kremlin blackmail and warned that it would only serve to encourage further Russian aggression.

“The turbine was not critical and this was confirmed by the German government. Putin also had other options to send gas if he wanted to via Poland or by sending more gas through the Ukrainian transit system. Clearly, Putin was blackmailing, getting Europe to accede to his demands to test their resolve and see how firm they are in keeping commitments to punish Russia for its crimes,” Vitrenko comments.

Moscow claimed to need the turbine for the Nord Stream 1 pipeline, which connects Russia to Germany across the Baltic Sea and accounts for more than one-third of Russian natural gas exports to the European Union. In early July, Moscow halted gas deliveries via the pipeline citing maintenance while warning that it could not guarantee future deliveries due to exceptional circumstances. Putin also recently suggested Europe’s mounting energy crisis could be resolved by commissioning the Nord Stream 2 pipeline.

The controversial Nord Stream 2 pipeline was built in order to bypass the established Ukrainian gas transit system and prepare the ground for a full-scale Russian invasion of Ukraine. These security concerns led to US sanctions on the pipeline in 2020. However, sanctions measures were subsequently lifted in early 2021 by US President Joe Biden at the request of German Chancellor Angela Merkel. After the invasion of Ukraine began in February 2022, Germany suspended certification of Nord Stream 2.

With Putin now increasingly looking to weaponize gas supplies in his struggle to undermine European support for Ukraine, European Commission President Ursula von der Leyen has pre-emptively rolled out an emergency plan requiring European nations to cut back natural gas consumption by 15 percent this winter. “Russia is blackmailing us. Russia is using energy as a weapon. And therefore, in any event, whether it’s a partial major cutoff of Russian gas or total cutoff of Russian gas, Europe needs to be ready,” she commented on July 20.

Vitrenko is convinced Putin will shut down gas supplies completely in the coming months if he thinks he can gain more concessions from European leaders, such as the lowering or removal of some sanctions. “Putin will try to use this as leverage on Europe because he still believes he can make European leaders accept his demands and hand Ukraine over to him.”

While Russia has a strong position on European energy markets, Vitrenko points out that Putin does not enjoy a complete stranglehold over Europe. The continent has been lining up energy alternatives since August 2021 when Russia first began reducing gas volumes in apparent preparation for the coming full-scale invasion of Ukraine. “If Putin completely cuts off gas exports to Europe it will be a difficult situation but not fatal,” says the Naftogaz CEO. “Prices will be high, people will have to save gas and energy, but nobody will die.”

Vitrenko acknowledges that Putin can still count on strong support from the German business community but questions whether this justifies the reluctance of so many German politicians to confront the Kremlin. “Putin still has leverage because big German industry is afraid of losses and they are the major sponsors of German politicians. Why are they so concerned about a gas cut off? Maybe the world can live without profits in Germany for one year.”

According to Vitrenko, this is likely to be Putin’s last winter with enormous energy leverage over Europe because other sources will be in place by next year. These alternatives are set to include expanded Liquified Natural Gas (LNG) facilities, greater coal options, and more nuclear power. The newly announced Azerbaijani natural gas deal with Europe is another very encouraging step toward diversification away from Russia, he notes. “Everyone knew Azerbaijan could increase its gas volumes. It just needed more compressors to double its capacity. Going forward, Turkmenistan will also be connected to the pipeline and it has huge reserves of natural gas.”

Vitrenko is convinced that if Putin thinks Europe is weak, he will escalate his energy war along with the ongoing military invasion of Ukraine until the West finally accedes to his demands. The Naftogaz CEO warns that any concessions offered to the Kremlin will inevitably be interpreted as signs of weakness. “Putin continues pushing the envelope and so far it is working. He will go on raising the stakes and engaging in larger scale blackmail. This is why it is so important to increase rather than decrease sanctions pressure on Russia. We must work together and not let Putin believe he has the upper hand. European leaders need to act as adults and recognize that Putin declared war on them long ago.”