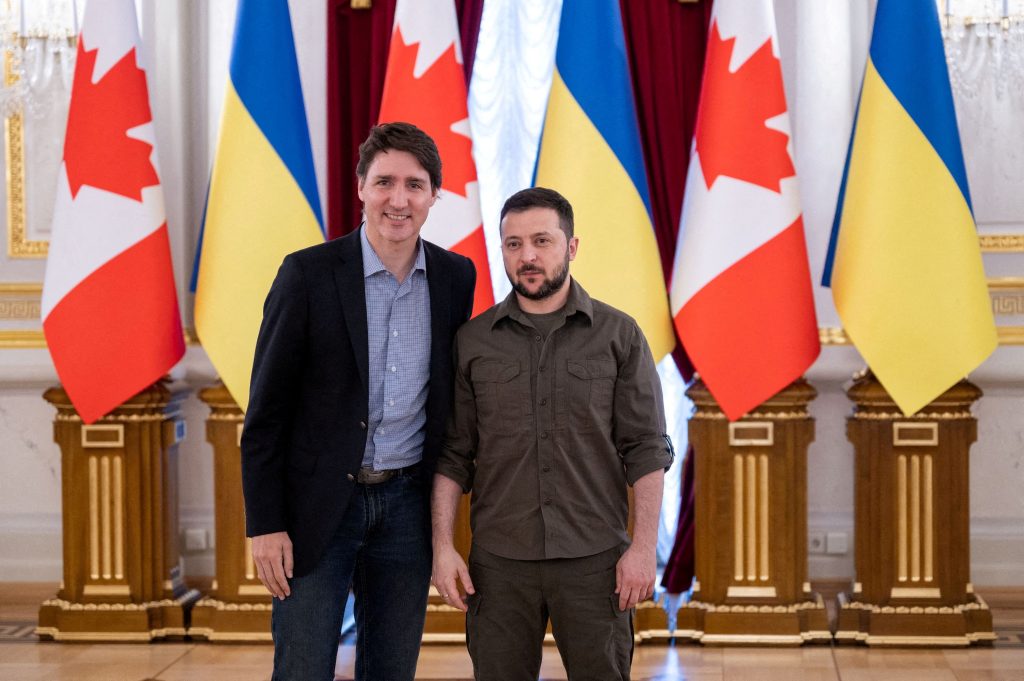 Canada’s government is under pressure at home and in Ukraine to reverse its decision to waive sanctions on a Russian turbine in order to keep gas flowing to Germany. Critics have condemned the decision because it undermines sanctions aimed at stopping Vladimir Putin’s brutal war against Ukraine. Opponents have also argued that returning the turbine won’t guarantee gas flows.

“This is an effort by Russia to undermine sanctions,” said John Herbst, former US Ambassador to Ukraine and current Executive Director of the Atlantic Council’s Eurasia Center. “Sadly, Germany continues to be weak in opposing predatory Russian attacks in energy, and the Canadian government is willing to go along.”

The US Department of State, the European Commission and the German government have all issued statements supporting Canada’s decision, but Ukraine President Volodymyr Zelenskyy said the exemption will encourage Russia to continue using gas exports as a weapon.

The Ukrainian diaspora in Canada has asked a court to quash the Canadian government’s decision. “We cannot supply a terrorist state with the tools it needs to finance the killing of tens of thousands of innocent people. Canada’s decision to break sanctions and send the Siemens turbine back to Russia is a grave mistake with dire consequences,” said Paul Grod, CEO of the Ukrainian World Congress in an interview.

Canadian politicians have also voiced their disapproval. “Allowing the return of the gas turbine sets a dangerous precedent of folding to Putin’s blackmail of Europe and will negatively impact Canada’s standing on the world stage,” read a joint statement by three conservative Canadian MPs.

New Democratic Party opposition spokesman Heather McPherson branded the decision “shocking and disappointing” and warned that it risked undermining Canadian efforts to support Ukraine.  “This decision goes against the sanctions Canada imposed on Russia in response to the illegal invasion and genocide in Ukraine. Canadians expect their government to show real solidarity with Ukraine but the Liberal government’s decision is an affront to Ukrainians.”

Canadian Prime Minister Justin Trudeau has defended his decision. “I remind people that the sanctions Canada is leading on, that we continue to push harder and harder, are aimed at Putin and his enablers and aren’t designed to harm our allies and their populations,” he commented in response to criticism.

Canada’s decision has inevitably been compared to the White House move last year to waive sanctions against the Kremlin’s Nord Stream 2 pipeline. At the time, supporters saw the waiver as a way to ease tensions with Russia and reduce the potential for further aggression against Ukraine. However, the strategy did not work on that occasion and it is significantly less likely to work now.

Attempts to offer the Kremlin concessions are based on flawed thinking. Such efforts assume that appeasement will stop Russia’s weaponization of energy exports to Europe and create opportunities to end the war in Ukraine. In reality, Russia’s demands for the return of the turbine are simply an excuse to test Western resolve.

Moscow’s claims that all existing turbines suddenly broke down are “fairy tales,” according to Ukrainian energy expert Mykhailo Honchar. “No expert will believe four Siemens turbines failed at the same time,” he noted.

Even if Moscow’s claims were true, Honchar added, Russia could take turbines from the completed but shut down Nord Stream 2 pipeline nearby, which was frozen with the advent of Russia’s war against Ukraine. Russia has chosen not to do so. Instead, the Kremlin has demanded the lifting of Canadian sanctions in order to provide Germany with gas.

The Ukrainian Foreign Ministry has argued that Russia does not need the turbine it is demanding from Canada in order to continue supplying gas to Germany through the Nord Stream 1 pipeline. “The Nord Stream 1 compressor station where the turbine operated is equipped with several other turbines, including backups. One turbine is in Canada, three are currently operating, and the rest have been turned off without explanation,” the ministry stated.

Nor is Nord Stream 1 the only available route. Russia could continue uninterrupted gas supplies to the European Union without Nord Stream 1 or 2 by using existing gas transit routes through Ukraine or Poland. “Russia’s demand for the mandatory return of the turbine to continue gas transportation is blackmail that has no technical justification,” noted Ukrainian officials.

On July 8, Moscow promised to increase gas supplies to Europe if the turbine was returned. After Canada lifted sanctions, Nord Stream 1 was shut down indefinitely. The entire affair is “outrageous,” said Ambassador Herbst. “Germany made promises about weapons to Ukraine which they have not kept. Why should Canada accommodate the Germans at Ukraine’s expense?”