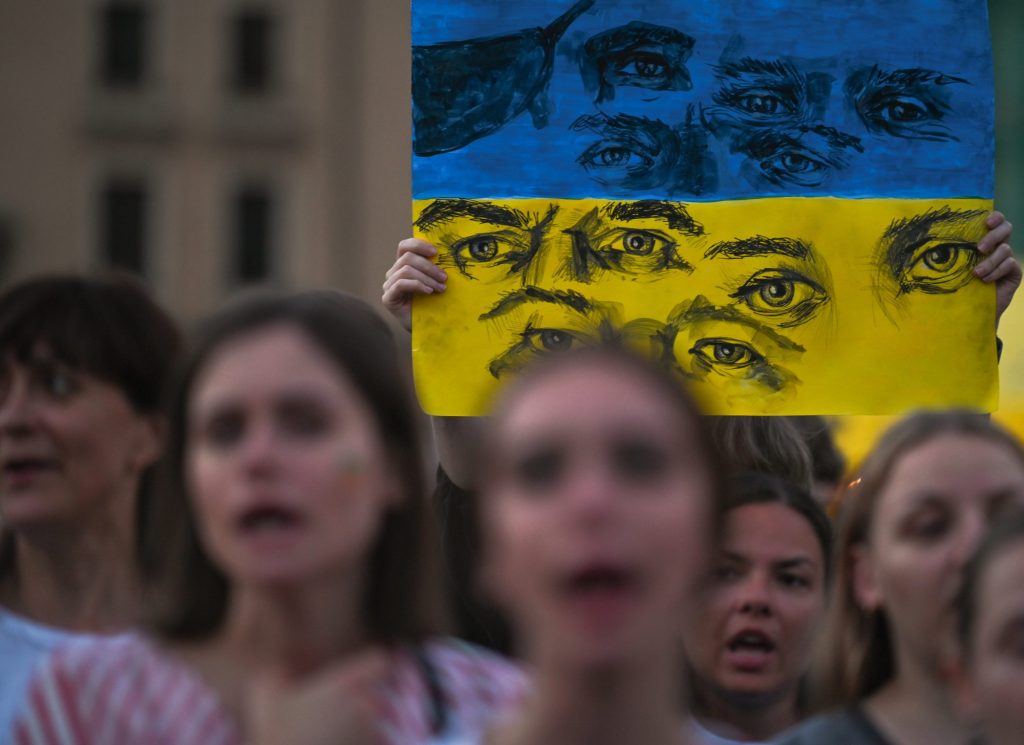 Ukraine has made tremendous progress during its three decades as an independent state. In recent months, the country’s remarkably resilient response to Russia’s invasion has served to highlight how far Ukraine has come since the chaotic early years of the post-Soviet era.

This progress will be in the spotlight on August 24 when Ukrainians celebrate thirty-one years of independence while also marking six months since the beginning of the war. As someone who has been lucky enough to witness Ukraine’s nation-building journey first-hand since the final years of the USSR, I can testify to the remarkable transformation that has taken place.

The first time I visited Kyiv was in June 1985 when I attended an economic conference at the Institute of Economic Planning of the State Planning Commission. It was led by Academician Alexander Emelianov, the most Marxist-Leninist economist I ever met in the Soviet Union, and I met quite a few. Even then, Ukraine was evidently cleaner and better organized than Moscow. I was also struck by the fact that it was a much greener city.

The week before the Moscow August coup in 1991, George Soros asked my late friend Professor Oleh Havrylyshyn and me to spend a week in Kyiv and meet all the economic policymakers. I was shocked by what I heard. We met with Emelianov again, who was now chief economic advisor of Soviet Ukrainian leader Leonid Kravchuk and coyly claiming to support the transition to a market economy. I was not convinced, largely because he did not appear to understand what a market economy was.

We talked to many other people in Kyiv. Their dominant view was that Ukraine’s only real economic problem was Russia. If Ukraine could just cut its links with Russia, the country’s economic problems would be solved. Nobody seemed to care about the details of marketization, liberalization and privatization, with the sole exception of a junior economist from the democratic Rukh political party who had a decent economic understanding and even spoke English. Depressed, I passed through Russia to Sweden the day before the Moscow coup. Oleh Havrylyshyn, who was a highly patriotic Ukrainian, wanted to do what he could and remained in Ukraine to serve as deputy minister of finance.

In the summer of 1993, I went to a World Economic Forum event in Kyiv with some hesitation. Ukraine had no economic policy. Shortages were devastating and the country was experiencing devastating hyperinflation of 10,000 percent. The government ministers of the time clearly knew that they were lost, so most of them did not even appear at the event as announced. The few foreigners present were just astounded, though I was not. This was the low point. Something clearly had to change.

In July 1994, Leonid Kuchma was elected president. I liked what I saw. Kuchma talked straight and seemed radical. I got in touch with Soros and told him that I would be happy to work with Kuchma. A few days later, Soros called me and said that he had got an appointment with Kuchma. Would I like to come along? Of course, I told him. We met with Kuchma in Kyiv. Soros offered our services. Kuchma replied, “I am ready.” Afterwards, Soros told me, “You do what you think is necessary. I pay.”

I had expected this answer and had prepared a team who flew in three days later. After eight weeks of hard work, the new Ukrainian government concluded its first IMF program which swiftly killed the problem of hyperinflation. Apart from Kuchma himself, our greatest collaborators in the Ukrainian government were Economy Minister Roman Shpek and NBU Governor Viktor Yushchenko. Our group expanded to 27 people, predominantly wonderful young Ukrainians. Unfortunately, fall 1994 was the high point. By the end of 1997, we quietly departed.

In December 2004, I danced in the streets of Kyiv with a million Ukrainians during the Orange Revolution as the country experienced a watershed moment in its modern history. In the aftermath of this momentous geopolitical turning point for Ukraine and the wider post-Soviet region, I co-chaired a UN-sponsored commission on reform proposals together with Professor Oleksandr Paskhaver.

Looking back, I am still proud of the report we produced. We promoted it by all means, but the only member of the new post-Orange Revolution government who was really engaged was Finance Minister Viktor Pynzenyk. The other senior politicians were only interested in becoming prime minister, it seemed. Future Kyiv Mayor Leonid Chernovetskiy told me, “Don’t you understand? They are all victors. Why should they listen to anybody?” How right he was.

The main problem after the Orange Revolution was chaos at the highest level, but there were many other issues. The European Union played no real role and offered no sense of direction. The number of senior Ukrainians who spoke English and had international experience remained tiny. Economic ideology was largely absent. The few at the top wanted to prosper personally. Also, it all seemed too easy. The Orange Revolution had proceeded peacefully like a fairytale. Ukraine’s economic growth in 2003 was 12 percent. Why worry?

Despite the political disappointments that followed the 2004 uprising, it remains a hugely significant event in Ukraine’s national story. The most important long-term benefit of the Orange Revolution was to be a strong and vibrant civil society. This has had a profound impact on Ukraine’s subsequent nation-building progress.

The Orange Revolution also marked the end of Kremlin-style central government censorship and ushered in a new era of media freedoms. The Ukrainian media landscape is still far from ideal and continues to suffer from excessive oligarch influence, but no subsequent Ukrainian government has been able to reassert the kind of control exercised by the authorities before the Orange Revolution.

Ten years later, millions of Ukrainians once more took to the streets to defend their democratic future. Although the 2014 Revolution of Dignity might superficially appear similar to the Orange Revolution, it was to prove a far graver confrontation that ultimately sparked direct Russian military intervention.

The Russian invasion caused a severe economic crisis in the first half of 2014. Fortunately, by now Ukraine had ample human capital with many young people who had received an excellent education abroad. This was strikingly different to the situation in the early 1990s or even in 2004, when an absence of internationally experienced Ukrainians had hindered the country’s efforts to reform and advance.

Ukraine was also able to sign an Association Agreement with the EU, which offered both access to the vast European market and a detailed roadmap for further reforms. Skillful and forceful reformers were invited to join the government and many good reform laws were adopted. This process abated prematurely in 2016 before reviving briefly in 2019. Despite many setbacks, the overall direction toward greater transparency and Euro-Atlantic integration remained clear.

The past eight years of Russian aggression against Ukraine have helped define the Ukrainian nation. This was already evident in 2014 following the seizure of Crimea and Russia’s military intervention in eastern Ukraine. The consolidation of Ukrainian national identity has become even more pronounced over the past six months since the onset of Russia’s full-scale invasion in February 2022.

Today, the Ukrainian nation knows that it is part of Europe. An overwhelming majority of Ukrainians want to join both the European Union and NATO. This also means that Ukrainian society is ready to carry out the vital judicial reforms that have been missing all along.

Existential challenges remain. Ukraine must still overcome Russian aggression and win the war. This is far from certain. Nevertheless, Ukraine approaches this month’s thirty-first anniversary of independence stronger and more united than many in the early 1990s would have dared to believe and ready for economic takeoff if a sustainable peace can be secured.