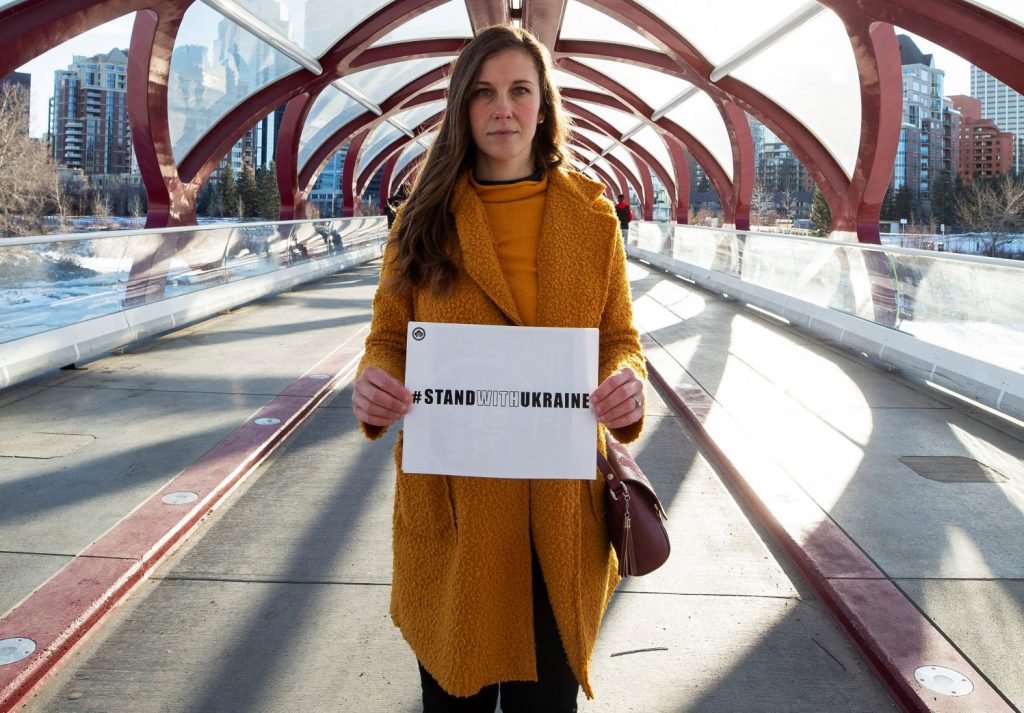 Ukraine faces a grave threat on its border. Another Russian invasion seems quite possible. Given the size of the Russian forces currently concentrated close to the frontier and the determination of Ukrainians to defend their freedom, the result would be tragic.

United and resolute engagement by the West is essential if we are to avoid catastrophe. A recent survey has identified strong backing among the Western public for an assertive policy in support of Ukraine. We believe this is an important and timely message for Western leaders.

Today, Western leaders are trying to balance firmness with efforts to avoid escalation. Are they prepared to back up diplomacy not only with sanctions but also with military support in a worst-case scenario?

We felt it was important to systematically survey Western public opinion in order to gain a sense of how the public views the current crisis. What policies towards Ukraine do people in Western countries want to see? Will citizens support their leaders in a coherent and firm policy to defend Ukraine?

The six-country study commissioned by the Yalta European Strategy and the Victor Pinchuk Foundation included 600 interviews per country with representative samples of the general population in the United States, Canada, the United Kingdom, France, Germany, and Poland.

Across all countries surveyed, though of course with national variations on all issues, the study found that Western populations not only endorse strong diplomatic and economic measures, but also back military engagement to deter Russian aggression and protect Ukraine’s borders. If deterrence fails and Russia invades Ukraine again, Western populations are even more emphatic in their backing for military support from NATO member states.

Western citizens want to stand with Ukraine and believe that an assertive set of policies can successfully deter Russia. At the same time, they expect Ukraine and its leadership to commit fully to reforms and the elimination of corruption.

Here are some key results of the survey:

Western public support is based on broadly positive attitudes towards Ukraine, and to the idea of the country joining the EU and NATO.

Clear majorities or nearly half of all respondents believe that Ukraine and the West share the same values, including 61% in Poland, 57% in the UK, 56% in Canada, 54% in the US, 48% in Germany, and 47% in France. When asked the same question about Russia, the answer is a clear “no.”

On the question “If the EU/NATO would accept candidates in the next five to ten years, which country should be admitted?” Ukraine ranks top among eleven listed candidate countries. Across the West, majorities consider it important for their home country to support Ukraine, its freedom, and efforts to defend itself. Majorities also see support for Ukraine as important for European security.

In terms of the present military crisis, majorities or nearly one-half in all six surveyed countries favor NATO allies making a commitment to defend Ukraine from Russian aggression including 66% in Poland, 61% in the US, 61% in Canada, 57% in France, 49% in Germany, and 47% in the UK.

Through unity and resolve, the West can help defend both Ukraine’s territorial integrity and democratic values. We believe the West has a moral obligation to do so. Western nations have always supported and encouraged Ukraine on its European and Euro-Atlantic path. The West now has a responsibility to stand with Ukraine during this moment of truth.

The recent survey shows that Western citizens will support their leaders if they do the right thing. At the same time, the Western public want their leaders to be tough not only in defending Ukraine, but also in demanding reforms from Ukraine.

There is a consistent belief held by 70% in the UK, 67% in Poland, 63% in the US, 60% in Germany, 55% in Canada, and 53% in France that Ukraine must first get its act together before more substantial long-term support can be given. Western populations sees Ukrainian civil society as the main partners in the pursuit of reforms.

In a moment of grave threat, Western populations are ready to support Ukraine’s right to defend itself and the country’s choice of a democratic future. As Western leaders face up to a great crisis, they have reason to feel their voters will back them up and not hold them back if they adopt principled positions in support of Ukraine.

Survey Methodology Statement: Schoen Cooperman Research completed 600 interviews per country in the United States, Canada, the United Kingdom, France, Germany, and Poland with representative samples of general population adults, as well as an additional 185 interviews with professionals with higher educations and middle-to-upper incomes in each country, on behalf of Yalta European Strategy and the Victor Pinchuk Foundation.

Respondents in the secondary sample are defined as professionals working in industries such as technology, business services/consulting, finance, healthcare, law, academia, government, or media & entertainment with post-secondary education or the equivalent in their home country and annual incomes in the upper one-quarter or one-third of the income distribution in their home country. All survey interviews were completed online.

Respondents were reached using random selection procedures and were required to pass a series of screening questions in order to ensure they are adults in the given home country. The margin of error for each general population sample is +/- 4% at the 95% confidence level and +/- 7% at the 95% confidence level for each sample of professionals with higher educations and middle-to-upper incomes.

Members of Canada’s large Ukrainian diaspora are growing increasingly frustrated with what they see as their government’s failure to stand with Ukraine as it faces the prospect of a full-scale Russian invasion.