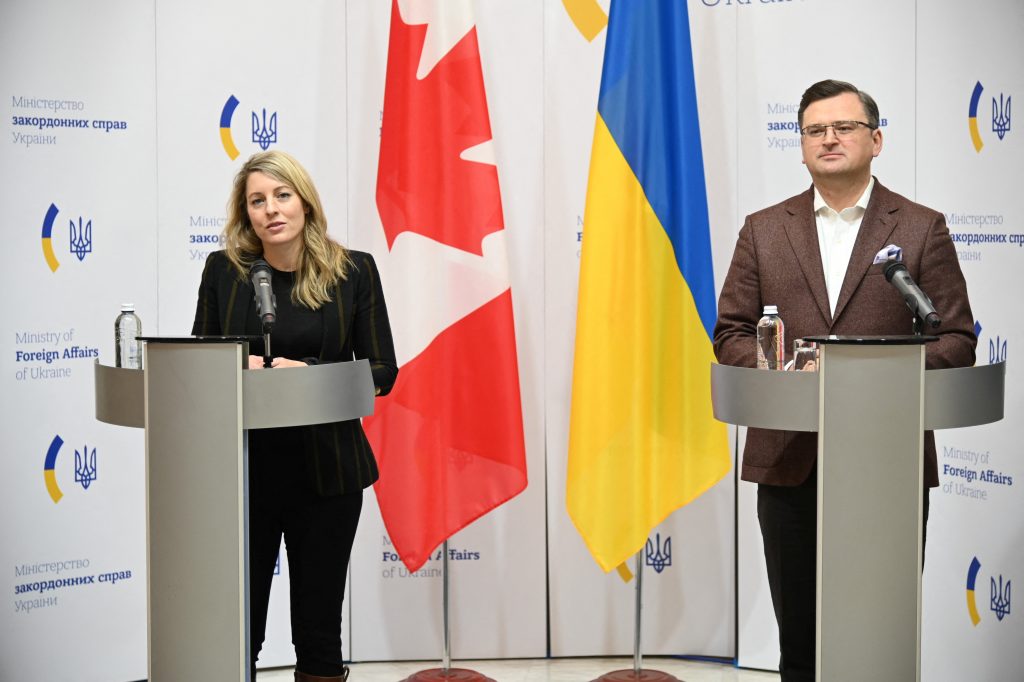 Members of Canada’s large Ukrainian diaspora are growing increasingly frustrated with what they see as their government’s failure to stand with Ukraine as it faces the prospect of a full-scale Russian invasion.

Last week, Canada announced an approximately USD 95 million loan to Ukraine to bolster its economy, while stipulating that the money must not be spent on weapons. A Canadian warship has also been dispatched to the Black Sea, while Prime Minister Justin Trudeau is considering more support including the possibility of USD 10 million in small arms aid.

These measures have failed to impress Canada’s Ukrainian diaspora. Prominent Ukrainian-Canadian philanthropist James Temerty has dismissed the loan as “piddling.” Paul Grod, the Canadian president of the Ukrainian World Congress, says the community is “very disappointed” at the lack of stronger support.

“The feedback I’m getting is that people understand Canada is not a global superpower but they are disappointed that the Canadian government has not pushed the envelope,” comments Grod. “Canada should be leading the G7 in support of Ukraine and not be in the middle of the pack.”

Support has also come from individual NATO members. Baltic states Lithuania, Latvia, and Estonia have received US permission to supply Ukraine with Stinger and Javelin systems of American origin, while the Czechs have expressed their readiness to provide ammunition. The Netherlands and Spain have deployed fighter jets and warships to the Black Sea region, while Turkey continues to help arm Ukraine and has kept the Black Sea open to NATO naval forces.

Ukrainian President Volodymyr Zelenskyy officially thanked Canada for its recent loan, but a statement issued by the Ukrainian Embassy in Canada struck a different tone: “Facing the risk of a further Russian invasion, we need to defend our land. The UK and US have already shipped military equipment and we would appreciate if Canada follows suit.”

Canada has a long history of close ties with Ukraine and has provided strong support over the past eight years of Ukraine’s undeclared war with Russia. Since the onset of Russian aggression in 2014, the Canadian authorities have committed more than USD 700 million in “multi-faceted support” including development aid, humanitarian and financial assistance, a Peace and Stabilization Operations Program, and the deployment of police trainers and 200 military training personnel in a program which is set to expire in March 2022.

In addition to this official support, large sums have flowed from Canada to Ukraine from private individuals, Ukrainian churches, and the 50 community organizations who form the Canada-Ukraine Foundation. This has come alongside traditional diaspora backing for businesses, churches, universities, hospitals, and humanitarian initiatives in Ukraine.

With an estimated 1.3 million members, Canada’s Ukrainian diaspora is one of the largest in the world. The diaspora has traditionally enjoyed considerable political influence, which helps explain why Canada was one of the first nations to recognize Ukrainian independence in 1991. With this in mind, Grod says the community is perplexed by the lack of a more robust Canadian response to the current crisis.

“The fact that Canada has not renewed its Unifier [military training] mission is difficult to understand. This commitment should have been made weeks ago,” says Grod. “Why has it taken so long to renew this? My ask of the Canadian government is that it not only renew this mission but renew it with enhanced capabilities such as moving training from western Ukraine to eastern Ukraine. Canada should be providing much more military equipment and support.”

Many critics blame Canada’s response on an excess of caution. Canadian Chief of Defence Staff Wayne Eyre expressed concerns recently that new military backing for Ukraine could inflame the situation and “provoke rather than deter Putin.”

Grod is unconvinced by such arguments and believes Canada can and should do much more. “Why is Canada afraid of getting too far ahead of itself? In foreign policy, Canada has been a laggard. It has influence and should use it to call out the Germans and others who have been very weak. We must deliver a clear message to Russia and to our international allies, particularly Germany and France, that this is an existential threat. The Prime Minister and his team are saying all the right things, but we need them to deliver.”

Policies of greater diplomatic support and military aid for Ukraine are fully endorsed by Canada’s official opposition party, the Progressive Conservatives. Conservative MP James Bezan, who has been sanctioned personally by Russia, has accused the government of being “essentially empty handed in offering any assistance to Ukraine.”

Grod applauds the Americans and British for “leading the way” and says Canada could yet make a big difference by providing weapons, technology, manpower, and diplomatic influence. Other prominent members of the country’s Ukrainian diaspora share such sentiments.

“Canada gave just a loan, that’s really disappointing,” says former Canada-Ukraine Foundation chairman Bob Onyschuk. “There is bipartisan support in Canada, it’s not a party issue, it’s a non-political issue. This is a crisis. Canada must move to help more.”