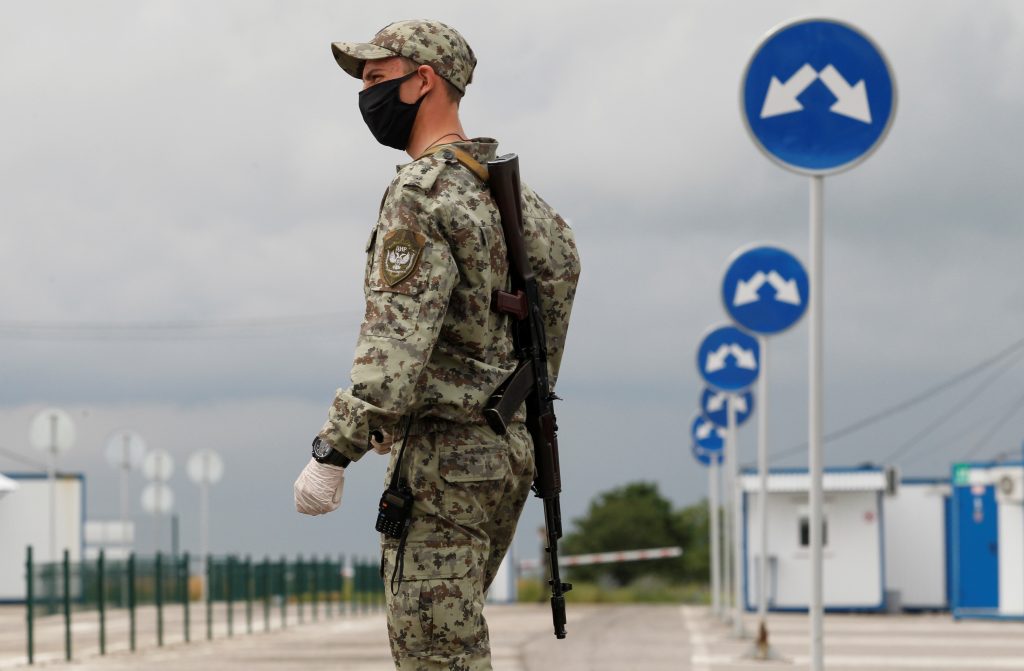 Like many other emerging economies, Ukraine has been put under enormous strain by the COVID-19 pandemic. The country’s hospitals, schools, businesses, and government agencies have all been forced to change the way they operate in order to provide essential services in a safe manner.

For the estimated 35,000 stateless people living in Ukraine, access to even the most basic resources like food, medicine, and hygienic products, has been all but cut off due to the pandemic. Stateless persons have long navigated a precarious existence in Ukraine, but the sudden lack of access to services has made them one of the populations most vulnerable to the negative impact of the coronavirus crisis.

Stateless persons are individuals who are not recognized as nationals by any country and do not have the correct documentation to acquire citizenship or establish legal residence. Without the identifying documents that come with legal recognition, stateless persons struggle to access basic medical, financial, and legal services.

The fall of the Soviet Union led to mass statelessness as newly independent countries took different approaches to citizenship, resulting in hastily constructed laws which were often riddled with legal contradictions. In the confusion, many individuals and groups of people became stateless. This included those who did not know they needed to acquire new citizenship, could not pay citizenship application fees, suffered discrimination in the citizenship process, had lost their Soviet passport, or had never held a passport in the first place.

Many of Ukraine’s most vulnerable populations remain the most at risk of statelessness. The list includes minority ethnic groups like Roma, children born in the non government-controlled areas of Donetsk and Luhansk oblasts, older people who still hold Soviet passports, homeless persons, and imprisoned or recently released individuals without any identity documents.

According to UNHCR, of the 80,000 Roma living in western Ukraine’s Zakarpattia oblast, about 10 percent do not have passports or birth certificates. In eastern Ukraine, statelessness is a growing problem for young people: just 43 percent of children born in non-government controlled areas since 2014 have received Ukrainian birth certificates, while a 2018 Ukrainian law to recognize birth certificates from hospitals behind the line of contact has not yet been implemented.

The coronavirus crisis has thrown these statistics into sharp focus. The Ukrainian government introduced a nationwide shutdown in mid-March that closed both internal and external borders and further restricted movements in an effort to slow the spread of the virus.

Such measures have heightened the health risks for stateless persons among Roma communities, as well as elderly people without passports living in Russian-occupied areas of Donetsk and Luhansk oblasts. The UK’s Guardian newspaper reported in May that Roma faced increased marginalization in Central and Eastern Europe after their communities were labeled as hot spots for the virus, with decreased access to medical services or financial safety nets.

Accurate data about the coronavirus in non-government controlled areas of eastern Ukraine is notoriously difficult to come by, so it’s hard to say with certainty how much the virus has impacted the region. Nevertheless, the crisis has highlighted the vulnerabilities of stateless persons. Without access to medical resources in government-controlled areas, older people and other populations in poor health are at a heightened risk of severe complications from COVID-19.

Three out of the five checkpoints along the 400km contract line in eastern Ukraine reopened in mid-June, which resulted in a monthly total of more than 18,000 crossings, the most since mid-March. However, citizens on both sides of the divide are required to quarantine for 14 days after crossing, making day trips to pick up medical supplies and pensions logistically impossible.

It’s not only ethnic minorities and elderly stateless persons who are suffering as a result of coronavirus restrictions. In April 2020, the Ukrainian government prohibited individuals from being on the streets without identity documents confirming citizenship or special status, effectively preventing all stateless people from going out in public for any reason. The impact of this law has been felt by stateless people around Ukraine, who find themselves unable to make even basic trips to purchase household necessities.

According to a survey of stateless persons in Ukraine conducted by the non-profit organization Right to Protection, 73 percent said they would need humanitarian assistance to provide for their basic needs, while 72 percent indicated that access to medical services is limited by their lack of medical documents. While nearly all citizens in Ukraine have made sacrifices to comply with government lockdowns, restrictions have disproportionately hurt stateless persons by further decreasing access to already limited resources.

Fortunately, the Ukrainian government has shown its readiness to remove some obstacles facing stateless people. On July 18, President Volodymyr Zelenskyy signed a new law on stateless determination procedures that grants stateless persons expanded access to social rights and will finally bring Ukraine into line with two broad international conventions on statelessness. In the increasingly fractious political climate in Kyiv, it’s encouraging that Zelenskyy signed the bill into law just a month after more than two-thirds of MPs supported its passage.

In theory, the law will standardize procedures for establishing statelessness and gives applicants the right to legally reside in Ukraine while the government verifies each individual’s claim. In practice, identifying stateless people living on the fringes of Ukrainian society may be an even larger challenge than granting legal rights to stateless persons. Some human rights experts have advocated for further outreach efforts; door-to-door canvassing in remote communities and step-by-step application guidance for elderly and illiterate persons have helped to all but eliminate statelessness in Kyrgyzstan, for example.

Ukraine has recently taken a positive step toward restoring human rights to the country’s stateless population. If the law is implemented effectively, thousands of individuals and families will be able to access government services, receive medical care, find employment, and enroll in school. Soon stateless people should be able to share in these basic rights that have become even more essential amid the danger and uncertainty of the coronavirus crisis.