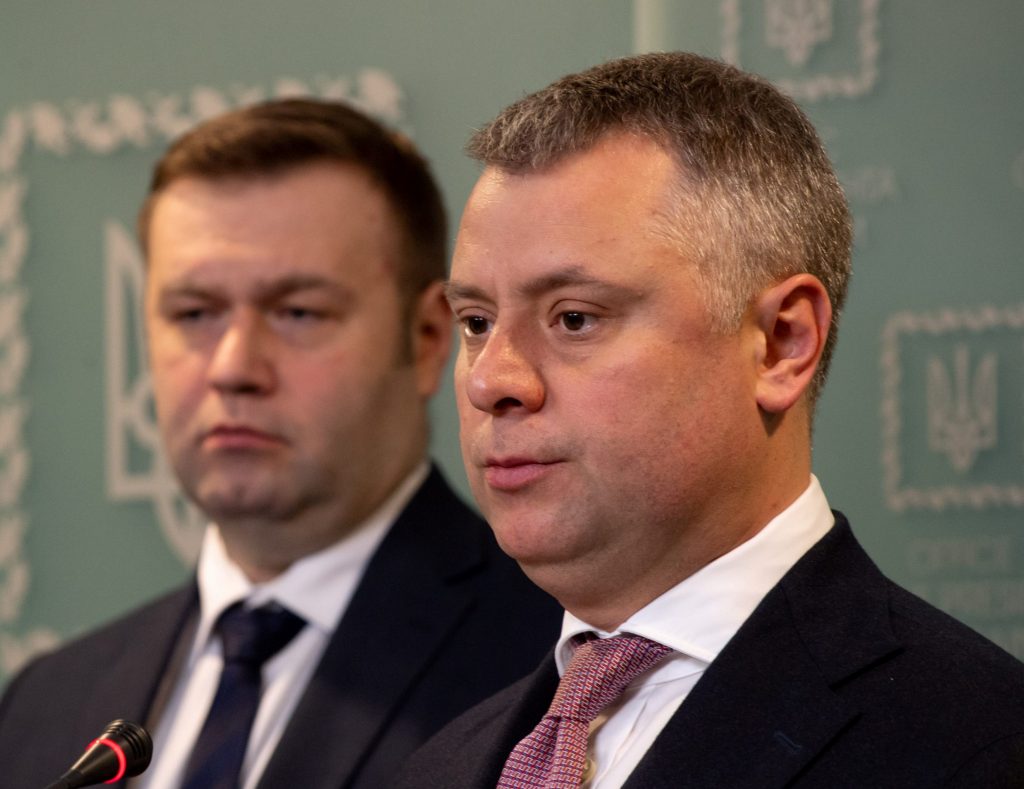 A brilliant resume. Extensive managerial and executive experience. A proven record of reforming and running a complex state company that ranks as one of Eastern Europe’s largest corporations. A record of accomplishment in complex legal battles and negotiations with Russia. Success in freeing Ukraine from its decades-long energy dependency on Russia. A strong set of contacts with Western opinion makers, investors, and government leaders. A sophisticated understanding of market economics and first-hand knowledge of how to combat corruption in a notoriously corrupt sector of Ukraine’s economy. And, perhaps just as importantly, strong leadership potential.

Former Naftogaz Managing Director Yuriy Vitrenko offers all of the above. Yet on January 28, for the second time in six weeks, the Ukrainian parliament failed to secure majority support for Vitrenko as the country’s Minister of Energy and First Deputy Prime Minister. The vote raises serious questions over the maturity of the political culture in today’s Ukraine and the future of the country’s reform agenda.

You would think that the parliament of a country under military attack from a foreign aggressor would recognize the imperative of promoting competent managerial experience and strong leadership. This would seem obvious for a nation with parts of its territory under occupation; with revanchist pro-Russian political forces on the rise; with pro-Kremlin oligarchs a major presence on its airwaves; with the economy reeling from the effects of COVID; and with a corrupt judicial system undermining reform efforts.

Despite these factors, the Ukrainian parliament fell twenty-two votes short of appointing Vitrenko on January 28. This failed confirmation vote revealed the weakness and lack of cohesion inside Ukrainian President Volodymyr Zelenskyy’s own Servant of the People party, which managed to muster support from just 177 of its 246 MPs for Vitrenko’s candidacy, despite intensive lobbying on his behalf by Zelenskyy.

The failure to confirm Vitrenko’s appointment also served as further confirmation of the remarkable shortsightedness and narrow self-interest of Ukraine’s oligarchic groups. The country’s oligarchs, who represent big business interests that employ hundreds of thousands of Ukrainians and account for a significant part of the country’s GDP, would appear to have everything to gain from Ukraine’s economic development. However, this latest vote confirmed that for them, the election of a reformer with the manifest tools to help resuscitate and, over time, grow Ukraine’s economy, is clearly unimportant.

Based on the repeated rejection of Vitrenko’s candidacy, it seems that the oligarch classes regard it as far more important to appoint weak ministers capable of defending the narrow short-term interests of the oligarchy, even as the country’s economy plummets. Apparently, drift and indecision is preferable to leadership, competence, and a sense of political direction. Such short-term approaches ultimately injure the interests of the oligarchs themselves, leaving them with a large slice of a comparatively small pie rather than a smaller slice of an ever-growing economy.

No less regrettable was the absence of support for Vitrenko from Ukraine’s self-described pro-European, patriotic, and reformist political parties. Not a single vote for Vitrenko came from former president Petro Poroshenko’s European Solidarity party or from Holos, the liberal reformist party launched in 2019.

Ukraine’s parliament may or may not get a third chance to appoint Vitrenko. He has opened the door to a third vote, but also has indicated that he will not remain in office in his current role as acting minister, as the powers that come with such temporary status are severely limited.

Each of two major forces, namely Ukraine’s big business interests and its pro-Western reformers, have it within their power to put Vitrenko over the top and secure the votes necessary to confirm his appointment. Ideally, if both these forces voted in favor, they would guarantee the overwhelming election of a strong and well-qualified leader to an administration that appears to be increasingly politically adrift.  Such a turn of events would signal the maturity of Ukraine’s elites, a maturity that has been in noticeably short supply during the first thirty years of the country’s fragile statehood.

Adrian Karatnycky is a Senior Fellow with the Atlantic Council.

Unfavorable geopolitical factors have helped make Ukraine one of the last countries in Europe to secure COVID vaccine supplies and delayed the launch of a national inoculation campaign.