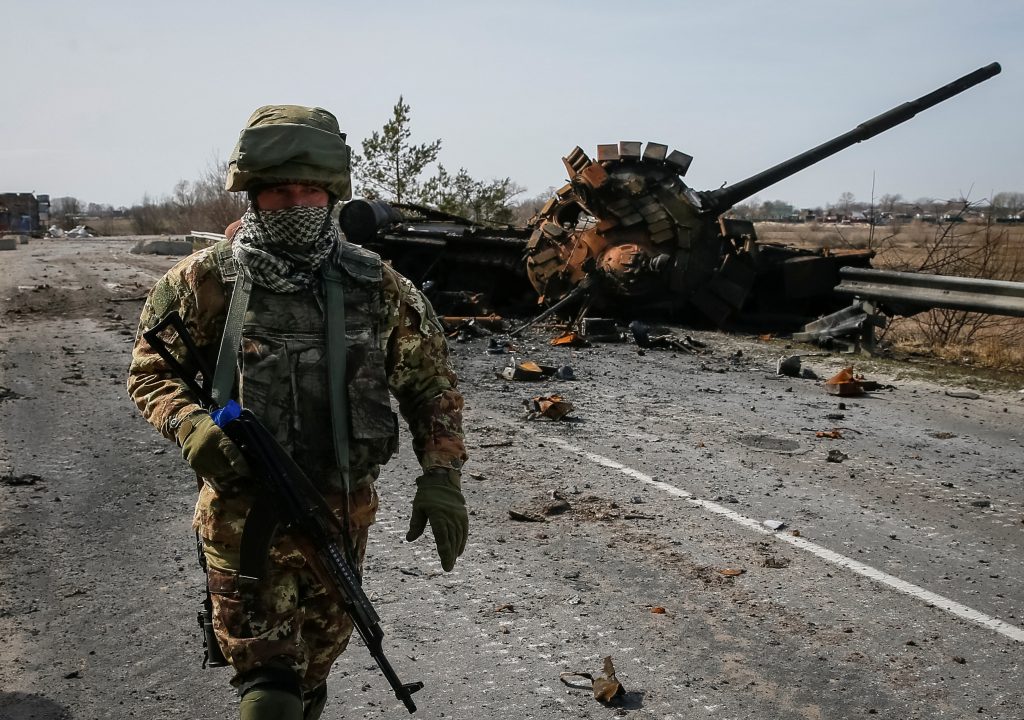 When Vladimir Putin launched a full-scale invasion of Ukraine on February 24, most observers expected the conflict to be over in a matter of days. More than one month later, Russian forces have just retreated from northern Ukraine following a costly and humiliating defeat in the Battle for Kyiv.

While the war is still far from over, Ukraine’s early successes have changed the shape of the conflict and sparked tentative hopes of an eventual Ukrainian victory. The defeat of Putin’s invaders would be widely cheered by global audiences who have been inspired by the resilience and courage of Ukraine’s defenders. A Russian loss would also bring a wide range of benefits for the international community.

The first and principal beneficiary would be Ukraine itself, of course. An era of true independence and European integration would dawn, with post-war Ukraine serving as a source of inspiration for fledgling democracies around the world. The rebuilding process will be necessarily long, but the new Ukraine that emerges from the rubble will be a valued member of the European community with a strong sense of national purpose and a dramatically upgraded infrastructure.

Russia’s defeat would offer huge spillover benefits for Belarus, where Kremlin vassal Alyaksandr Lukashenka clings to power thanks largely to Putin’s patronage. A Ukrainian victory would give the Belarusian democratic movement, now mostly in exile, new traction. It would likely only be a matter of time before the country’s deflated dictator lost power, opening the way for the emergence of a European Belarus.

Ukrainian success would also present Georgia and Moldova with a golden opportunity to regain full sovereignty and reassert authority over Russian-controlled enclaves on their territory. Moldova has a pro-European government that merits support. Georgia has a pro-democracy majority now demanding a better future. Both countries deserve to be whole and free.

With Kremlin authority undermined by defeat in Ukraine, the peoples of the North Caucasus would have a chance to see their cultural and linguistic diversity restored. Kazakhstan and other neighboring countries in Central Asia would expand their horizons and find new global markets while also possibly launching a fresh wave of reforms.

Victims of Putin’s lesser known military campaigns and secret wars would benefit from a Russian defeat. Venezuela might finally turn. Libya would lose a huge source of mischief. Mali and the Central African Republic would be rid of the malevolent Wagner group, which is currently accused of involvement in new episodes of genocidal massacre. After six Putin-linked coups in only three years, a Russian loss in Ukraine might bring some much-needed stability to the Sahel and West Africa.

Modern Russia is widely seen as one of the world’s leading sponsors of terrorism. Moscow has long been accused of having encouraged Al Qaida’s anti-American turn. More recently, the Kremlin has cultivated friendly ties with the Taliban. Meanwhile, Moscow has backed the Iranian Revolutionary Guards Corps (IRGC) in Iraq, Syria, Lebanon and beyond. A Russian defeat would chasten Iran and weaken many other rogue elements who look to Moscow.

For a number of years, Russia has been aggressively disrupting Western democracies and seeking to exploit existing social divisions wherever possible. Less Russian interference would create room for better policies and decision-making from elected governments in Europe and North America. Without the benefit of artificial amplification from Kremlin troll farms, populists would find it significantly more difficult to gain traction.

It is vital that a Russian defeat be accompanied by accountability for Russian war crimes. This is long overdue. From Putin’s 2021 essay negating Ukraine’s existence through to his fascist ravings on the eve of the invasion, the Russian leader had made no secret of his desire to destroy the Ukrainian state. The mass executions in Bucha and elsewhere in Ukraine confirm the true nature of Russia’s campaign.

It is now clear that we are witnessing an unfolding genocide in the heart of Europe. As details of Russian war crimes have emerged in recent days, Johns Hopkins Professor Eugene Finkler delivered a conclusive verdict: “As a genocide scholar I am an empiricist. I usually dismiss rhetoric. I also take genocide claims with a truckload of salt because activists apply it almost everywhere. Not now. There are actions, there is intent. It’s as genocide as it gets. Pure, simple and for all to see.”

Russia’s crimes in Ukraine reflect the sense of impunity that informs Putin’s actions on the international stage. From the 2014 invasion of Crimea and atrocities in Syria to political assassinations and election interference in Europe and the United States, the Russian ruler has long acted as though he is above international law. A Ukrainian victory could serve as a major step towards holding Putin accountable.

Putin’s world has already shrunk. In just over a year, he has gone from exulting over insurrection inside the Beltway to suffering a string of humbling military setbacks in a war that most Russians expected to last a matter of hours. He now finds himself an international pariah and is routinely referred to in Western capitals as a war criminal.

What would a Ukrainian victory look like? If Ukraine receives enhanced military support from the West, the Ukrainian military can push Russian forces out of the east and liberate the country’s southern coastline. Air superiority and additional naval assets would be required to break Russia’s illegal blockade of Ukraine’s Black Sea ports and ultimately liberate Crimea itself.

A defeated Russia would still have to deal with international sanctions and would face the prospect of dwindling revenues from energy exports as key customers slowly but steadily turn away from Moscow and look elsewhere for less geopolitically compromised suppliers. The Kremlin would also likely have to deal with significant internal upheavals sparked but the shock of defeat to Ukraine.

For the wider world, there would be much to cheer. Crucially, the Kremlin’s ability to engage in destabilizing international activities would be dramatically curtailed. Every single free and law-abiding state has a clear and obvious interest in helping Ukraine achieve victory over Russia. A world freed from Putin’s impunity and interference would be a much better place.

Chris Alexander is a distinguished fellow of the Canadian International Council and the Macdonald-Laurier Institute. He was formerly Canada’s deputy head of mission in Moscow, parliamentary secretary for national defence, and minister of citizenship and immigration.

Image: A Ukrainian serviceman walks near the wreck of a Russian tank on the front line in the Kyiv region. March 28, 2022. (REUTERS/Gleb Garanich)