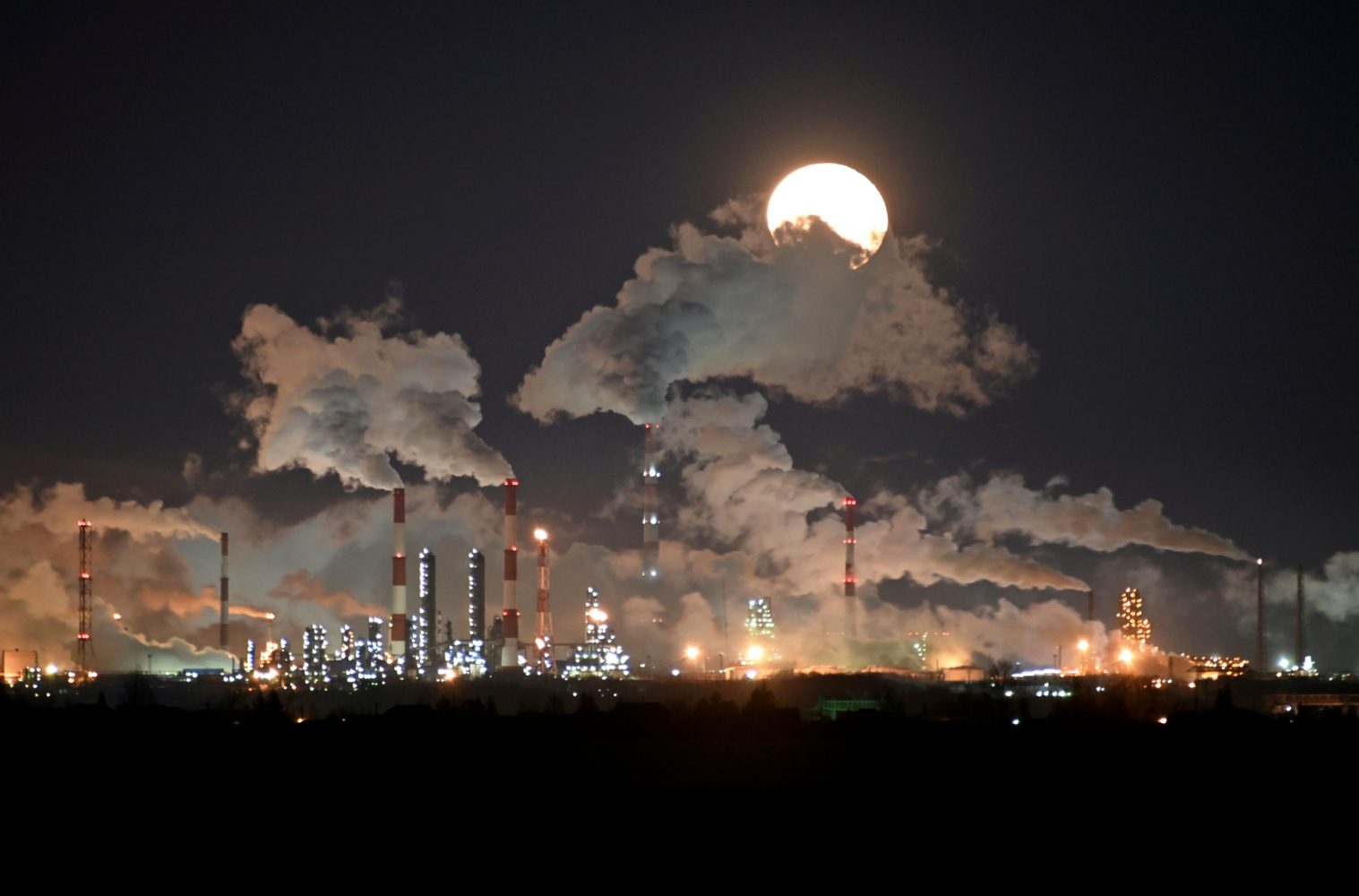 One joke about predictions is that it is hard enough to predict the past, let alone the future. Yet the disruptions triggered by the coronavirus outbreak impel Ukraine’s leaders to make critical decisions based on an understanding of what the future is likely to bring. As they seek to safeguard the health of the country’s citizens, they must also plot a path through the economic turbulence that lies ahead. This presents huge challenges but also rare opportunities.

Instability has recently hit the global energy sector, where the coronavirus outbreak caused a steep drop in demand for crude oil, accelerating a price decline caused by Russia’s decision to spark a price war after it failed to agree with Saudi Arabia over production cuts. As an energy importer, Ukraine will benefit from low prices in the near term. Ukrainian policymakers should also now be considering the likely longer-term trends after the coronavirus effect on demand fades, or if Russia and Saudi Arabia agree to prop up prices.

It is worth emphasizing that the background to Russia’s price war was the successful application of new techniques, primarily by US producers, for oil and gas extraction, known as fracking. The additional oil and gas produced has helped keep a lid on prices. The fracking costs, however, add to production expenses. Through a price war, Russia aims to drive some of the US oil companies out of the market. Even if Russia succeeds in this quest, its victory will likely be very short-lived. An even more disruptive, technologically-driven factor looms ahead, namely a significant increase in sales of electric vehicles (EVs) worldwide, which should continue the downward pressure on oil prices.

According to a 2017 report on transportation by Stanford University’s Tony Seba and James Arbib, the coming adoption of EVs as the preferred mode of transportation will soon impact demand enough to trigger a permanent fall in oil prices (and a 30% drop in production by 2030), posing an existential threat to many oil producers worldwide. The economic and geopolitical implications of this massive disruption should strike Russia hard, and Ukraine should take advantage of this.

Since achieving sovereignty in 1991, Ukraine’s dependence on Russian oil and gas imports has weighed heavily on the country’s economy and political life. Russia has skillfully leveraged Ukraine’s energy dependency to influence or control the country’s political and economic development through a combination of pricing policies, corruption, cut-offs, and threats. Despite these obviously unfriendly policies, some of Ukraine’s political leaders remain eager to maintain the dependent relationship. This was made clear on the eve of Ukraine’s last parliamentary elections in summer 2019, when pro-Russian Ukrainian politicians Viktor Medvedchuk and Yuriy Boyko met with the then Russian prime minister Dmitry Medvedev. During their discussions on the need to rebuild close ties between the two countries, the prospect of lower natural gas prices for Ukraine was a central theme.

Since 2014, when Russia seized Crimea and instigated an ongoing war in eastern Ukraine, such propositions have become politically toxic, not least because export revenues from energy sales are critical to subsidizing Russian aggression. Over the past two decades, income earned from energy exports has consistently constituted over one-third and up to half of the Russian state budget. The price of oil is decisive for the Kremlin, as weak fossil fuel prices limit Russia’s ability to pursue an expansionist foreign policy, including its relentless pressure on Ukraine.

In order to continue this foreign policy, Russia must maintain its position as a world leader in fossil fuel export while keeping prices high and increasing market share abroad. This places Russia’s economic interests in direct conflict with most of the world’s governments, which have recognized the need to reduce fossil fuel consumption and move towards more renewable sources of energy in order to address climate change. It is now recognized that this must be done to maintain the long-term stability and well-being of the planet. Clearly, Ukraine’s interests and strategic goals align it with the majority of the world’s nations.

Ukraine has already taken steps to lessen its dependence on Russian energy imports. In 2015, it stopped importing natural gas directly from Russia. Meanwhile, the availability of US liquified natural gas exports to Europe, which became possible following the fracking revolution, has offered an alternative to Russian gas. In the second half of 2019, in response to Russian restrictions on oil sales to Ukraine, some imports have been coming from US sources. Russia and Ukraine signed a new five-year gas transit agreement in late 2019, but diversification should remain a priority.

Bolder steps are now needed and opportunities to do so are at hand. Recent improvements in battery and other technologies related to the production of EVs, coupled with lower production costs, point to much lower prices for transportation and less need for oil. Prices for EVs should continue to drop as technology advances. Significant drops in prices have also occurred with solar power technology. The price of producing electricity from solar power installations is now approaching, if not equaling or surpassing, that of new facilities using fossil fuels.

As Ukraine’s political and economic leaders grapple with the current coronavirus crisis, they also need to focus attention on integrating new technological breakthroughs in energy and transportation. The objective should be to significantly lower the country’s future consumption of fossil fuels and achieve greater energy autonomy. Ukraine already has a national strategy in place encouraging solar- and wind-generated electricity production. The country should now strengthen its strategic commitment to facilitating the adoption of renewable and alternative energy sources, energy storage, and EVs.

Pro-Russian Ukrainian politicians like Viktor Medvedchuk who would want to negotiate cheap fossil fuel supplies with the Kremlin represent the past. They are the country’s political dinosaurs. Ukraine’s young leadership, which represents itself as modern, must prove that they are indeed so, and reject tying Ukraine’s future to a sinking ship. Instead, they must make decisions based on an understanding of the broad technological changes taking place in the global energy sector, and anchor the Ukrainian economy to modernity.

While Ukraine’s bargaining position with Russia in peace talks may currently appear weak, the recent precipitous drop in oil prices suggests this position will become stronger as Russia’s income from oil exports crashes. Moreover, to paraphrase the eighteenth-century French diplomat Talleyrand, making significant concessions on the eve of disruptive changes in the energy sector would be worse than a crime. It would be a blunder. Russia’s income from energy exports will likely continue to fall in the future. The repercussions for Russia, which has built a fossil fuel energy empire, will be grim. Time is on Ukraine’s side. The trend is clear, and the trend is Ukraine’s friend.

Bohdan Klid is Director of Research of the Holodomor Research and Education Consortium at the University of Alberta’s Canadian Institute of Ukrainian Studies.