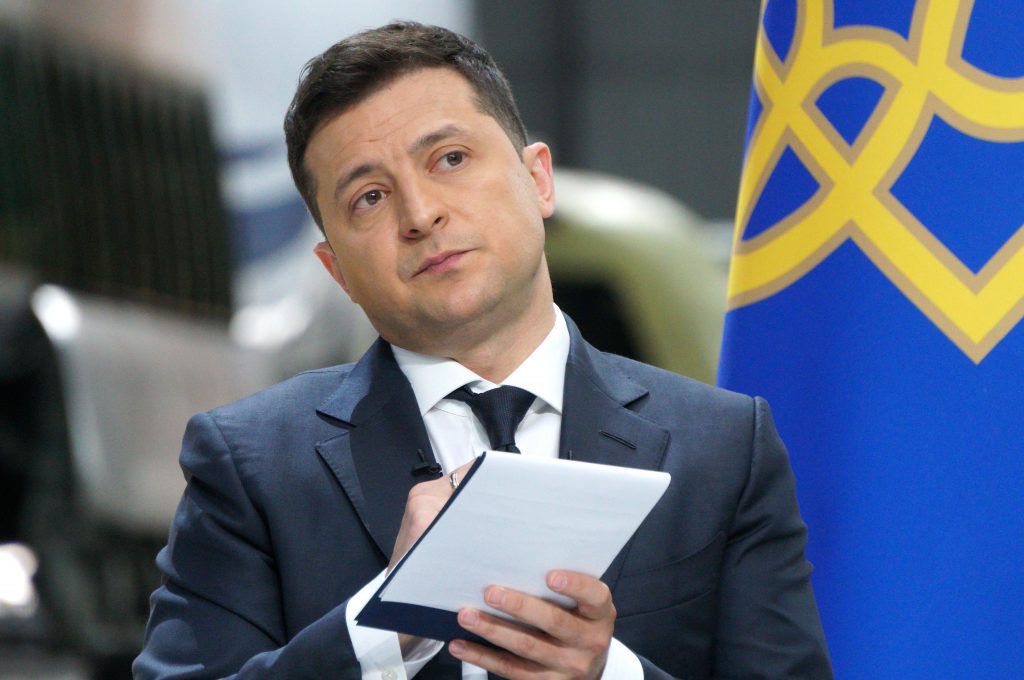 The coming week will underline the shortcomings of President Zelenskyy’s foreign policy, with Ukraine left on the sidelines as a series of crucial international summits take place that will directly impact the country’s future.

More than two years into the Zelenskyy presidency, it is hard to avoid the conclusion that the West has grown tired of Ukraine’s failure to deliver on promised reforms. This is one of the reasons why Zelenskyy’s long-awaited White House visit will only happen after next week’s meeting between President Biden and Vladimir Putin.

The news is not all bad, of course. The June 7 call between presidents Biden and Zelenskyy was certainly a welcome development. However, this telephone conversation was only the second between the US and Ukrainian leaders since Biden took office almost half a year ago, and came an entire month after Secretary of State Antony Blinken’s visit to Ukraine. In light of Russia’s recent saber-rattling on the Ukrainian border, many in Kyiv were hoping for a more emphatic display of US support.

During Monday’s call, Zelenskyy received his sought-after invitation to the White House, together with assurances of America’s continued commitment to Ukrainian sovereignty and territorial integrity. This may be all Kyiv can realistically expect from Washington at present.

Minor strains in the relationship could also be seen in the conflicting official accounts of the Biden-Zelenskyy call that were sent out by the Ukrainian government and the White House. A Ukrainian statement initially reported that Biden had highlighted the importance of providing Ukraine with a NATO Membership Action Plan. However, this was later removed from the Ukrainian readout.

The Zelenskyy administration needs to be honest with itself about the reasons for Ukraine’s virtually non-existent progress towards NATO membership. Misleading statements claiming President Biden’s backing cannot disguise the fact Ukraine still falls well short of the criteria required to become a member of the alliance.

Ukraine has completely failed to reform public procurement in the defense sector. Likewise, Kyiv has not delivered on judicial reform. Meanwhile, a range of anti-corruption reforms have been actively sabotaged. Until the current Ukrainian authorities change their attitude towards these key issues, Ukraine’s NATO aspirations will continue to provoke mocking laughter from the Kremlin.

Ukraine’s efforts to stop Putin’s Nord Stream 2 pipeline have been hampered by similar credibility issues. The Zelenskyy administration’s recent decision to dismiss the CEO of Naftogaz did serious damage to Ukraine’s standing with the country’s American partners at a crucial moment in the battle over the geopolitically sensitive energy infrastructure project.

If Ukraine wishes to retain the support of its Western allies and advance its Euro-Atlantic integration ambitions, the country must pursue genuine reforms. First and foremost, this means judicial reform.

The US and the Venice Commission insist on reloading the Ukrainian judiciary with the involvement of international experts. Instead, the current authorities appear intent on concentrating the process of selecting judges in the hands of the unreformed High Council of Justice, while at the same time greatly increasing the role of the National Security and Defense Council. This is a poor imitation of reform.

Such window-dressing is fast becoming a trademark of the Zelenskyy administration. The recently unveiled deoligarchization campaign echoes the populism of Zelenskyy’s former TV persona as an everyman president fighting against the corrupt establishment. This may help to temporarily boost the president’s ratings, but it will not succeed in curbing the influence of Ukraine’s oligarchs in a meaningful or sustainable manner.

The coming two months will likely prove pivotal for Ukraine’s foreign policy ambitions. Much will depend on next week’s NATO and US-Russia summits. Whatever the outcome of these meetings, it is vital for Ukraine to do its homework and rebuild the trust of the democratic community.

The government needs to urgently re-establish the credibility of reforms in the judicial and anti-corruption spheres, while also delivering on the reform of Ukraine’s law enforcement agencies and security service. They must end efforts to sabotage public procurement reform in the defense sector, and actively defend independent corporate governance at state-owned enterprises.

On the diplomatic front, Ukraine’s Ministry of Foreign Affairs should look to focus efforts on a campaign designed to win over countries that currently oppose Ukraine’s NATO membership aspirations.

President Zelenskyy said earlier this year that he would like to ask President Biden, “Why are we not in NATO yet?” The diplomatic silence that has met this and many other similarly presumptuous Ukrainian statements tells its own story.

Ultimately, if Ukraine wishes to make progress towards NATO and EU integration, the country must strengthen its claim to membership of the Western world. This can only be achieved via the pursuit of credible reforms that reflect Ukraine’s commitments to the international community while advancing the country’s ambitious national transformation agenda.

Kira Rudik is a member of the Ukrainian parliament and leader of the Golos Party.

Blinken Kyiv visit analysis: What next for US-Ukraine ties?

What can US Secretary of State Antony Blinken’s recent visit to Kyiv tell us about the current state and future prospects for bilateral relations between America and Ukraine?