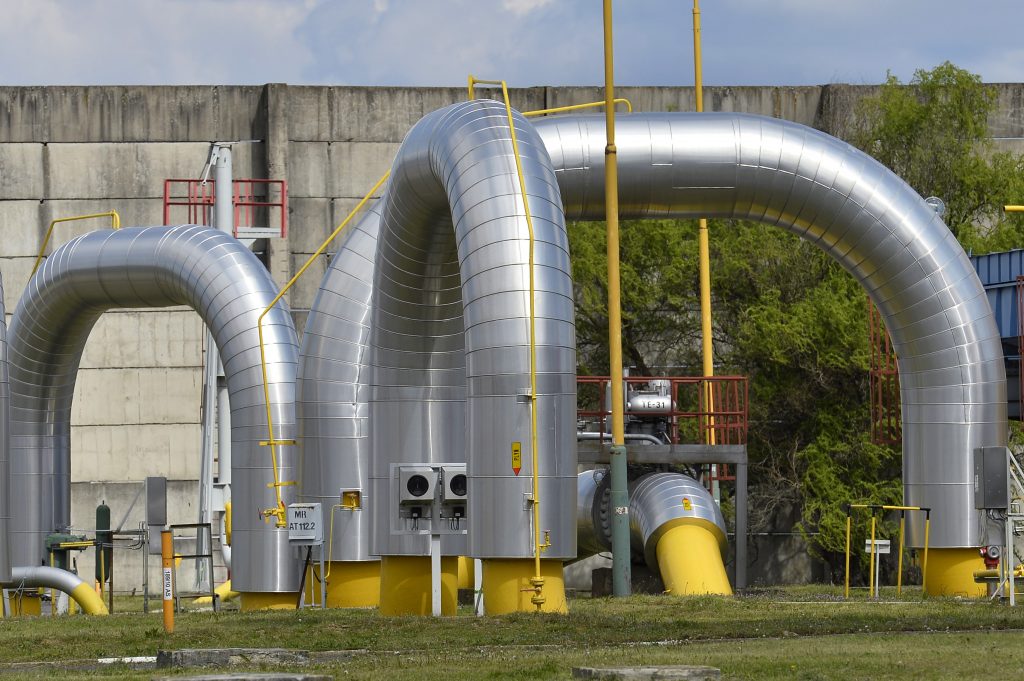 More than 50 European companies may be barred from exporting gas to Ukraine during the peak storage season if the Ukrainian and Slovak gas transmission system operators fail to reach a solution for an alternative transport route during an unplanned pipeline outage this summer.

The Ukrainian grid operator said on Tuesday evening that flows at the Budince Slovak-Ukrainian border point will be stopped between 11 August and 1 October for urgent repair works on the interconnecting pipeline.

As the injection season is in full swing, Ukrainian transmission system operator GTSO has proposed two solutions to its Slovak counterpart eustream.

The other option would be to keep the two points separate but allow companies which had booked capacity at Budince to transfer it to Velke Kapusany free of charge throughout the maintenance period.

Either solution would help companies to continue flows into Ukraine without hindrance.

However, if no agreement is reached, they would be stranded with anything between 3-4 billion cubic meters of gas, which would have far-reaching consequences not only for the European gas market but also for US LNG suppliers.

This is because the potentially stranded volumes would add to an already bearish picture linked to depressed demand and oversupply in Europe.

This, in turn, would force US LNG suppliers, which have reportedly canceled some 50 cargoes for delivery to Europe in August, to make further cancelations that month and in September.

Although eustream was yet to make an official statement at the time of publication, sources close to the Slovak TSO said the company was reluctant to merge the two points.

This is because the capacity offered at Budince is firm, which means that companies booking it cannot be interrupted, while capacity at Velke Kapusany is interruptible and hinges on the actual Russian volumes exported from Ukraine into Slovakia.

Market participants say there is a pressing need to persuade Slovakia to apply EU network codes on the border with Ukraine to avoid problems that could hold captive the entire European gas market.

In practical terms, applying EU network codes would oblige Slovakia to maximise capacities and offer them on open auction platforms as is currently the practice for all EU member states.

Slovakia currently offers daily and monthly capacities for Ukraine on a first-come-first-served basis.

Velke Kapusany has historically only been used for the transit of Russian gas from Ukraine into Slovakia, while Budince was established some five years ago for physical imports from Slovakia into Ukraine.

With the expiry of a 10-year Russian–Ukrainian transit contract at the end of 2019, GTSO can now decide how to organise import and export capacities on its European border points with Hungary, Poland and Slovakia.

It has successfully created virtual interconnection points with Hungary and Poland and has been hoping to do the same with Slovakia.

However, it has so far been unable to reach an agreement as Slovakia reportedly insists that the application of EU network codes is not compulsory since Ukraine is not an EU member state.

Brussels has so far taken a similar position, arguing that, given existing legislation, it is up to national regulators to decide whether EU network codes should apply at borders between member and non-member states.

In Ukraine’s case there is compelling evidence that the application of such legislation is critical on two accounts.

Firstly, Ukraine remains an important transit country for gas exported to Europe after it signed a five-year agreement with Russia starting from 2020.

Since last year, the number of foreign companies looking to store gas in Ukraine has risen from seven at the beginning of 2019 to 54 by mid-June 2020, while the volumes of stored gas by non-resident companies soared from 47 million cubic meters to 2.8 billion cubic meters over the same period, according to latest data published by the storage operator Ukrtransgaz.

Ukraine’s 31 billion cubic meters of storage space have offered a safety valve to European companies which have been struggling with plummeting demand and oversupply this year.

Furthermore, thanks to its spare storage capacity, it also enables European companies to absorb more US LNG, which helps the continent to break Russia’s grip on the gas market.

For that reason, the EU must recognise Ukraine’s vital importance to global gas markets and mandate that all EU member states bordering Ukraine should guarantee the uniform application of EU rules. Given the US interest in Europe, Washington’s strong support towards that goal would also be logical.