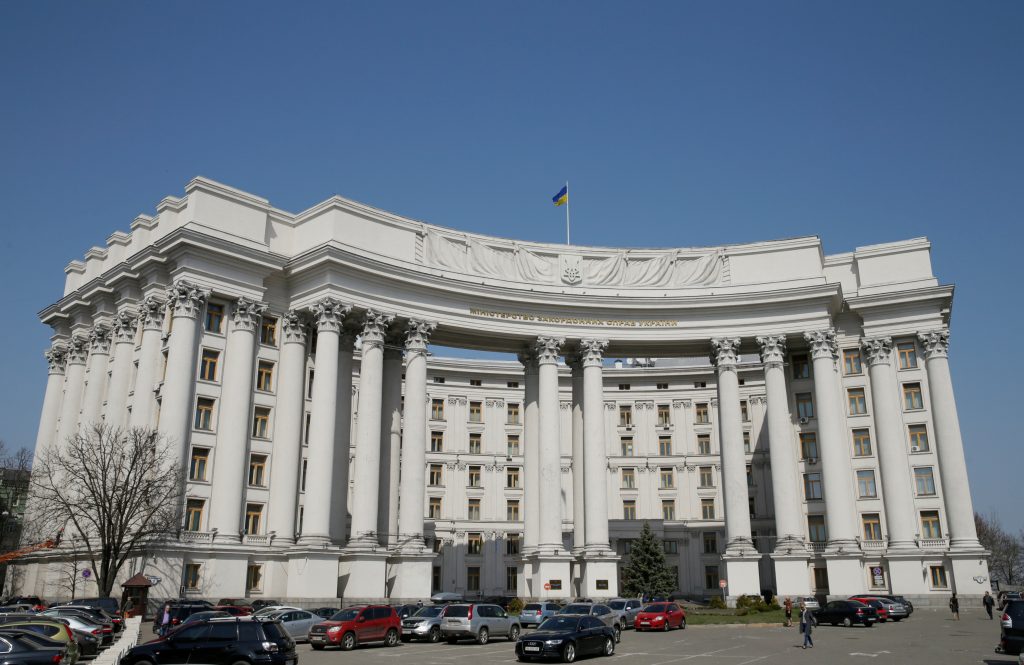 Ever since the collapse of the Soviet Union, Ukrainian foreign policy has searched for answers to the question of how to build a relationship with the Western world while at the same time reinventing ties with the Kremlin. Due to this preoccupation with rival “Western” and “Eastern” foreign policy trajectories, many in Kyiv have failed to notice that the wider international system has undergone dramatic changes. The days of Pax Americana, when the White House was powerful enough to determine the rules of the game, have gradually given way to a new chapter in international relations defined by multipolar chaos. This evolution should encourage Kyiv to embrace a more nuanced global foreign policy strategy that reflects the complex realities of today’s international environment.

The dawn of a new era is evident in a number of ongoing trends such as the rise of authoritarian regimes and the relative decline of liberal institutions as arbiters of international affairs. Many have termed this phenomenon as “Westlessness”, or the loss of Western hegemony. It has already spawned the rise of hybrid warfare, cyber-attacks, disinformation, and a range of other disruptive additions to the international security landscape. As a geopolitical frontline nation and one of the world’s principal hybrid war battlegrounds, Ukraine is more than familiar with this changing security environment. It is time for Kyiv to adapt its Western-centered foreign policy to reflect the changing rules of the game.

The most pressing foreign policy realities facing today’s Ukraine are EU instability and Russian predictability. The European Union looks poised to undergo significant changes in the coming years, while Russia is currently set to remain on more or less the same track until at least 2036. Constitutional changes mean Vladimir Putin is likely to serve two more six-year terms as Russian president. Ukraine has virtually zero expectation of securing EU membership within the sixteen-year window leading up to the end of Putin’s theoretical sixth term in office, but must instead develop its existing partnership with the European Union at a time when the EU itself is set to be confronted by significant forces of change. This does not signify the end of Ukraine’s Euro-Atlantic integration ambitions, but rather implies the need to adapt accordingly.

Ukraine has made clear its long-term objective of attaining EU membership. Less clear is the nature of the EU by the time it is ready to entertain the idea of accepting Ukraine as a future member. Factors such as the ongoing European identity crisis, together with growing illiberal tendencies and the rise of right-wing populism make it reasonable to expect significant shifts in policy if the EU is to survive as a global power in the decades to come.

With Chancellor Merkel set to step down in 2021 and uncertainty over the identity of her successor as leader of Germany, this could see France emerge as the leading force in the EU during the 2020s. Does this mean that Brussels will follow French President Emmanuel Macron’s vision for a thaw with Moscow and an expansion of the European space to embrace Russia? If so, this will not be good news for Kyiv.

Ukraine’s post-Maidan foreign policy has ostensibly focused on the idea of saying goodbye to Russia. In practice, this has meant becoming powerful enough, with the help of Western institutions, to counter the Kremlin. In this context, Macron’s dream of a Europe from Lisbon to Vladivostok poses obvious challenges to Ukraine’s own ambitions. Theoretically, the idea of a European civilizational space stretching from Lisbon to Vladivostok depends on the emergence of a liberal Russia that no longer violates international law or breaches its obligations, but there are no guarantees that the EU of the future will insist on such conditions. It is not clear where this would leave Ukraine.

The one thing we can be sure of is the fact that Ukraine must find a way to deal with Russia in the decades to come. At heart, this means becoming powerful enough to create the basis for functioning bilateral relations. How can Kyiv achieve this goal without losing thousands more lives or suffering the many disadvantages of a long-term frozen conflict? The answer may lie in a broadening of Ukraine’s geopolitical horizons.

Unfortunately, the Ukrainian Ministry of Foreign Affairs has traditionally had a rather narrow view of the country’s potential strategic partners. Kyiv has remained largely trapped in a triangular vision of foreign policy revolving around Washington, Brussels and Moscow. This Soviet legacy has blinded independent Ukraine to the rising geopolitical importance of countries in Asia, Africa, and South America.

Nor is the Foreign Ministry the only culprit of such thinking. The Ukrainian media has consistently failed to look beyond the usual suspects in international affairs. There have been precious few policy papers on the need to expand Ukraine’s diplomatic outlook, and an almost complete absence of expert roundtables on the subject.

This approach is now looking noticeably outdated. Many of today’s major players were fringe actors during the increasingly distant Cold War era that still shapes so much of Ukraine’s foreign policy thinking. In order to strengthen the country’s position on the global stage, Ukraine should now look to foster closer strategic partnerships with the likes of China, India, Indonesia, Malaysia, Turkey, Saudi Arabia, Qatar, Brazil, Nigeria, and Ethiopia.

As a relatively new participant with no longstanding ties to any particular geopolitical camp, Kyiv enjoys a range of advantages and freedoms when it comes to building international partnerships. This creates considerable opportunities in everything from energy supplies to the reconstruction of the war-ravaged Donbas region in eastern Ukraine.

Any attempt to pivot towards a more global diplomacy must focus on clear and consistent regional strategies that fit into a wider Ukrainian foreign policy doctrine. In the absence of an overarching strategic vision, any attempts to adopt a more global stance would risk courting disaster. Uncoordinated initiatives, unprepared diplomats, and contradictory messages would only exacerbate this failure. To avoid such an outcome, the Ministry of Foreign Affairs must elaborate a detailed strategy of concrete aims and objectives that will advance Ukraine’s standing and increase the country’s strategic importance on the international stage.

The current coronavirus crisis is a disruptive event of historic proportions that is likely to produce significant changes in many aspects of international relations. This makes it a good time to assess Ukraine’s broader approach to foreign policy. It is essential not to view today’s realities through rose-colored glasses. Adopting a more global stance will not secure Ukraine instant G20 membership. Nor will it oblige the country to abandon its long-term policy of closer ties with the EU. However, Kyiv cannot afford to ignore the emerging multipolar world.

By diversifying its diplomacy, Kyiv can exploit the geopolitical advantages the country enjoys and underline its value as a strategic ally in areas ranging from food security to international transit. This would help move the conversation beyond talk of “Ukraine fatigue” and remind international audiences that Europe’s largest country actually has much to offer as potential partner.

Diaspora deputies: Should Ukraine’s global community have a voice in parliament?

Ukraine’s multi-million strong global diaspora has long been a vocal voice of support for the motherland – is it now time to offer the diaspora a greater role in the development of Ukraine through parliamentary representation?