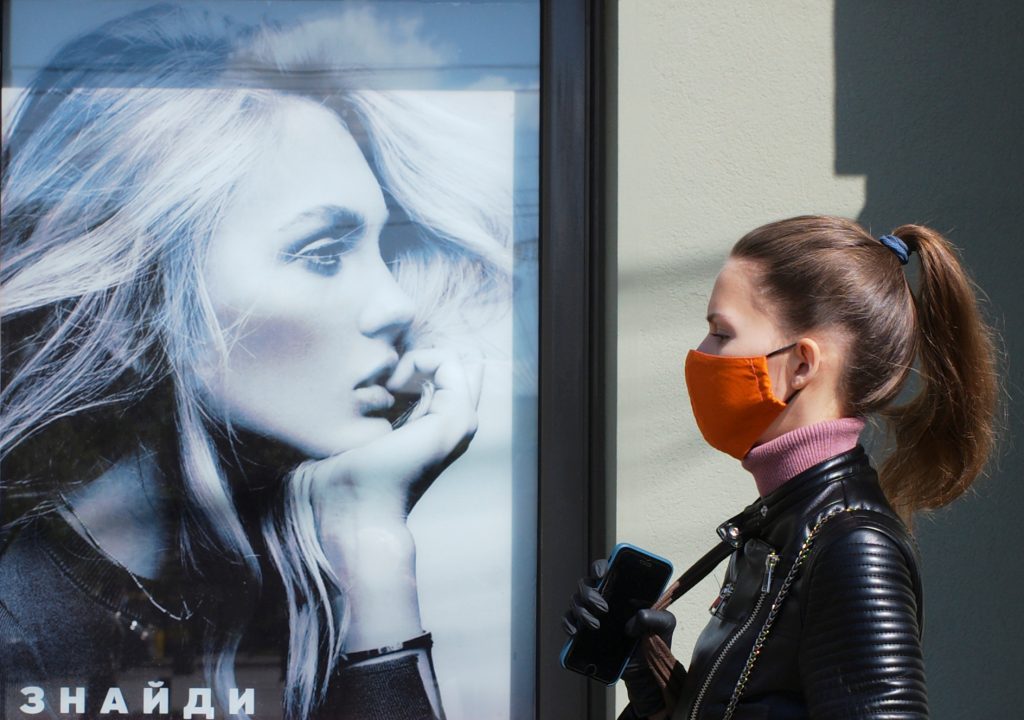 As Ukraine experiments with the partial relaxation of coronavirus lockdown restrictions, the country is also reporting record infection rates. On June 19, Ukraine saw a new high of 921 cases, representing more than double the average daily figure during the April-May period.

Despite these alarming statistics, there is growing anecdotal evidence that after three months of lockdown conditions, Ukrainians are losing patience with the restrictions imposed to combat the virus. Fewer and fewer Ukrainians are wearing masks in public places, while some businesses are less inclined to enforce restrictions. This apparent loss of anti-pandemic discipline is also being fueled by the government’s policies of adaptive quarantine, which have led to different measures from region to region depending on the situation on the ground, and by a switch in media focus away from the healthcare emergency itself and towards the economic consequences of the lockdown.

With inconsistent anti-coronavirus regulations and post-pandemic media messaging combining to produce a marked decline in public vigilance, enforcing new constraints is likely to prove extremely challenging. Nevertheless, the figures for mid-June indicate that Ukraine may be poised for a fresh surge in coronavirus infections. With the threat from coronavirus still clearly far from over, much will depend on the ability of the Ukrainian government and media to identify effective communications strategies that will convey the need for further public cooperation in the struggle to contain the pandemic.

Experts from Ukraine’s Public Interest Journalism Lab recently teamed up with media professionals and sociologists from Ukraine and the UK to explore Ukraine’s coronavirus communications experience so far. Project participants included the Arena Program at the London School of Economics, which is co-directed by journalist and disinformation expert Peter Pomerantsev, together with the Kharkiv Institute for Social Research and the Lviv Media Forum. This resulted in a series of fact-based recommendations for the media and those charged with communicating information about the pandemic to the Ukrainian public.

Research conducted in the second half of April found that levels of coronavirus anxiety throughout Ukraine were generally quite low. Most respondents saw the virus as the latest in a long line of successive crises to have hit Ukrainian society, with this crisis chronology stretching from the past five years of undeclared war with Russia all the way back to the turbulent 1990s and the Chornobyl disaster in 1986. The most common concerns expressed by respondents tended to focus more on the economic consequences of the pandemic rather than the healthcare threat. Nevertheless, most of those surveyed were pragmatic about the restrictions put in place by the Ukrainian authorities and were ready to comply.

There is such a thing as too much communication, both in terms of government and media messaging. Respondents indicated that fatigue from coronavirus information overload was already present after the first month of restrictions. Excessive coverage had forced some people to stop following coronavirus news altogether, while others complained about inconsistencies in the information they were receiving.

It is quite common to hear complaints about the Ukrainian public’s alleged lack of media literacy, but this recent coronavirus-related research did not support such claims. In reality, an important finding of the study was that people clearly distinguished between information noise and genuinely useful information. Despite frustrations over the volumes of information they were encountering, people were able to identify the specific information they were lacking. This included coverage of regional responses to the pandemic and the local availability of tests. Overall, these findings led to the conclusion that information should be carefully rationed in order to avoid overload.

The study identified significant levels of distrust in government statistics, with various respondents accusing the authorities of both exaggerating and downplaying the scale of the crisis. To counter this distrust, many wanted to hear specifically from local hospitals and healthcare providers. There was also significant demand for additional analysis on the spread of the infection. While it was widely understood that most initial cases arrived in Ukraine from abroad, respondents wanted to know specific details of subsequent infections within the country.

As well as deliberate disinformation, conspiracy theories have also been a key factor disrupting coronavirus communications efforts in Ukraine. Every single respondent in the 60+ age group agreed with at least one of the six conspiracy statements suggested during research. While these conspiracy theories were not dominant, they should not be underestimated as they have the potential to devalue expert-driven information on the pandemic.

The conspiracy-themed statements that received the most support from respondents included “the government is not telling us the whole truth”, “the virus was developed in a laboratory as a biological weapon”, and “the goal of the virus is the redistribution of the world’s assets”. Our research confirmed suspicions that distrust in the authorities and weak communications strategies fuel conspiratorial thinking. In this instance, these twin factors clearly helped make Ukrainian society more vulnerable to manipulation.

Looking ahead, it is vital to appreciate that the recent relaxation of quarantine measures does not mean the end of the coronavirus crisis in Ukraine. On the contrary, three and a half months since the first recorded infection in the country, we are now witnessing a spike in cases. The coming weeks represent a particularly dangerous period, with huge potential for the further spread of the virus as the Ukrainian public rushes to move beyond the past few months of lockdown isolation and get back to business as usual.

The combination of loosening restrictions and rising numbers of infections is sending mixed messages to a population that has already been inundated with information and confused by conspiracy theories. People are also tired of staying home and many are running low on resources. In this climate, combating complacency is a priority.

Since the arrival of the pandemic in early March, Ukraine’s handling of the coronavirus crisis has been relatively effective. The challenge now is to make sure these efforts are not spoiled by widespread and premature rejection of sensible precautions. Media messaging will play a key role in determining whether this proves possible.

Nataliya Gumenyuk is a Ukrainian journalist and founder of the Public Interest Journalism Lab.