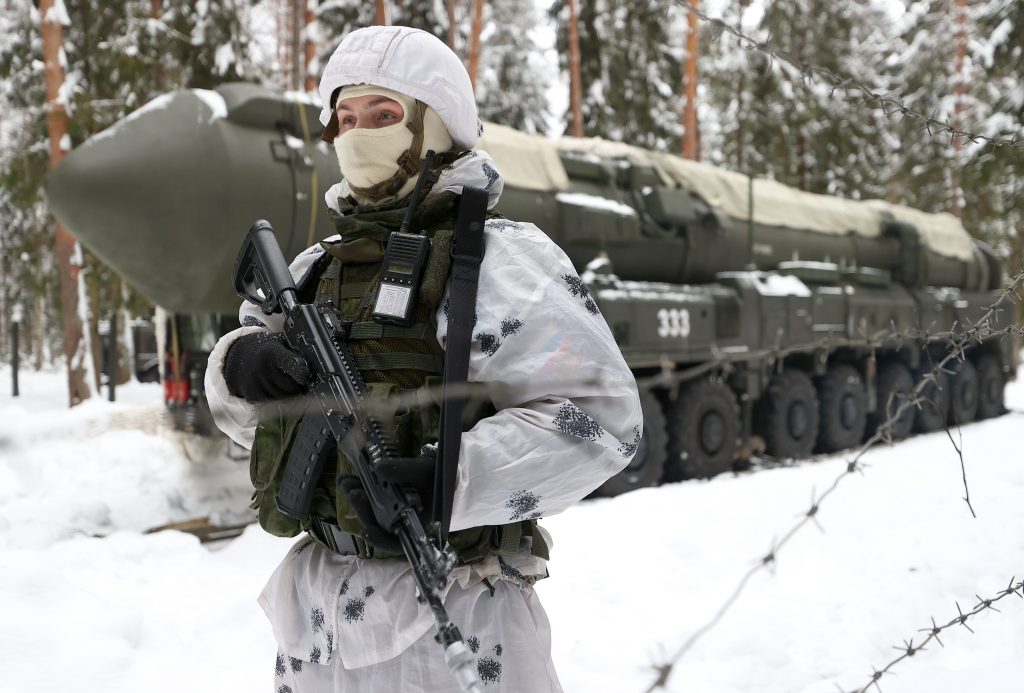 In the last few weeks, the likelihood of a renewed Russian offensive in Ukraine has grown perceptibly. Not surprisingly, a flood of articles have appeared from various foreign policy experts urging the West to make a deal with Putin at Ukraine’s expense and impose neutrality upon the country, including a “moratorium” on possible future NATO membership.

Calls for a neutral Ukraine typically invoke the theory of “realism” in international affairs. However, it is simply not realistic to believe that neutrality would appease Putin or prevent further Russian aggression against Ukraine and beyond.

In this context, several anecdotes concerning Russian policies and NATO are in order. At a 1995 meeting in Washington, Deputy Defense Minister of Poland Andrezj Karkoszka stated that Poland sought to join NATO “to deprive the Russian General Staff of the 300-year option that it had to invade Poland.”

The following year, this author attended a conference of European think tanks in Moscow where our Russian hosts openly advocated the division of Europe into Russian and US spheres of influence. In other words, NATO enlargement is largely due to Eastern Europe’s own intimate experience with Russia and a determination to avoid any repeat of past invasions.

It is important to understand that Russia has never come to terms with the independence of its erstwhile satellites and former Soviet republics. Indeed, one of the abiding leitmotifs of Putin’s rule has been his unremitting efforts to undermine Ukrainian independence and prevent the country’s departure from the Russian sphere of influence.

Putin’s first major effort to weaken Ukrainian independence collapsed in 2004 due to the overwhelming opposition of the Ukrainian people, whose pro-democracy protest movement came to be known as the Orange Revolution.

His next attack on Ukraine began in 2014. Crucially, Ukraine was officially neutral at that time. The Ukrainian Constitution specifically forbade the stationing of foreign troops in the country and ruled out membership in alliances like NATO. This did not deter Putin or prevent the invasion of Ukraine.

There is no credible Ukrainian threat towards Russia or its auxiliaries in eastern Ukraine’s Donbas region. Nor is there any plausible NATO threat to Russia. Instead, Moscow’s complaints about supposed security threats are wholly mendacious and spurious.

If Russian talk of a mounting NATO threat is insincere, why has Putin invented the current crisis? As we know, he is personally obsessed with the idea that the USSR, not just Ukraine, was “historical Russia,” and believes the Soviet collapse unjustly cut millions of Russians off from their homeland. Since he is an autocrat, his view prevails.

This sense of imperial decline drives Putin’s policies towards Ukraine. His current actions reflect a growing awareness that Ukraine is irretrievably slipping away from Russia.

The increasing distance between the two countries can be seen in the recent purges of Ukraine’s pro-Russian elites. It is also evident in Ukraine’s growing military strength and the country’s refusal to commit suicide by observing Russia’s interpretation of the Minsk Accords.

Beyond Putin’s personal obsessions, his security system, in particular the intelligence services and Russian military, are systematically incentivized to promote the worst possible threat scenarios and assessments of the West’s inborn hostility yet simultaneous debility. This serves to inflame the situation to the greatest possible degree.

Finally, the logic of Putin’s overall political system clearly drives his decision-making. Putin as autocrat long ago renounced any effort to reform Russia’s economic or political system and is focused instead on retaining power. Facing serious long-term economic stagnation, falling popularity, and a raging pandemic, he and his entourage have fallen back on the tried and true message of Russia as a besieged fortress.

Since empire and autocracy are inextricably joined together in Russian history, failure to assure the continuity of empire imperils the perpetuation of autocracy. For Putin’s system to survive, Russia must constantly be in a state of conflict with the West.

Inasmuch as Ukraine is the keystone in the arch of European security and the key to Putin’s dreams of renewed empire, it remains at the epicenter of Russia’s war on the West. This is the basic reality at the core of today’s crisis.

Selling out Ukraine and forcing neutrality on the country would merely lead to new crises and further wars. Those who seek a genuine peace in Europe that includes Russia must not only grasp these facts but also thwart Moscow today in order to build peace tomorrow.