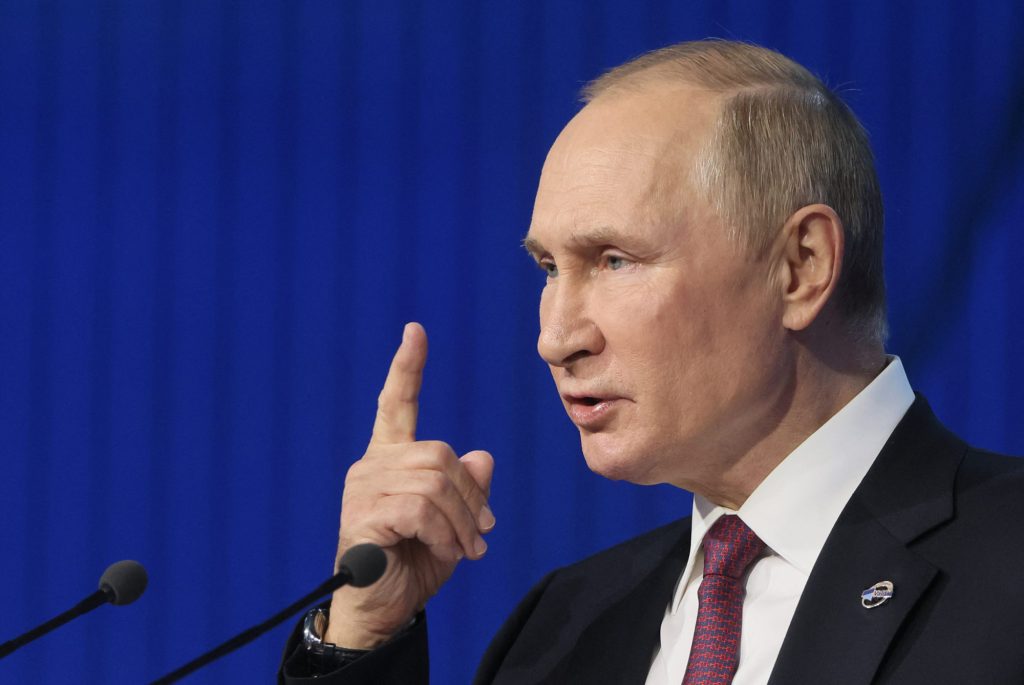 Vladimir Putin’s recently launched campaign of targeted airstrikes against Ukraine’s civilian infrastructure marks a grave escalation in his genocidal invasion. Russian leaders know full well that depriving civilians of heating and electricity on the eve of a cold winter will result in large numbers of deaths.

The Kremlin’s terror tactics are unlikely to break the spirit of the Ukrainian people or transform Russia’s faltering military fortunes. However, the deliberate targeting of Ukraine’s critical infrastructure will further Moscow’s goal of destroying the Ukrainian state. The prospect of a humanitarian catastrophe in Ukraine now demands the kind of tough and urgent response from the international community that has often been lacking.

For the past eight years, the West has consistently lagged behind events and handed the initiative to the Kremlin as Russia has escalated its aggression against Ukraine. The slow and underwhelming international response to Russia’s spring 2014 seizure of Crimea set the geopolitical tone and led directly to Moscow’s subsequent invasion of eastern Ukraine.

Long before the current full-scale invasion began on February 24, Kyiv was imploring its Western partners to provide heavy weapons and air defense systems. If a credible deterrent had been in place, it is entirely possible that Putin would not have rolled the dice and launched his “special military operation.” Even if the attack had proceeded as planned, Ukraine would have been far better prepared to defend itself and many thousands of lives would have been saved.

Russia’s invasion is now entering an ominous new stage. Moscow’s decision to deprive Ukraine’s civilian population of heating and other essential services during the winter season places tens of millions of lives in jeopardy.

Many Ukrainians see this weaponization of winter as a repeat of the early 1930s genocide perpetrated by the Soviet authorities, who engineered an artificial famine and starved millions of Ukrainians to death in a bid to crush the country’s statehood ambitions. Stalin’s famine is known to history as the “Holodomor,” meaning “death by hunger.” Ukrainians are now giving Putin’s terror-bombing campaign an eerily similar name and referring to it as the “Kholodomor,” or “death by freezing.” Infamously, Western leaders in the 1930s either downplayed or completely ignored Stalin’s genocide. Will the current generation make the same mistake?

Recent history suggests this is a genuine possibility. Despite clear evidence of modern Russia’s undimmed imperial ambitions and readiness to use overwhelming military force in Chechnya, Georgia, Crimea, and eastern Ukraine, much of the Western world’s political and intellectual establishment has preferred to delude itself about the true nature of the Putin regime.

Over the past two decades, there has been no shortage of prominent figures prepared to argue for constructive engagement with the Kremlin while dismissing the dangers of dependence on Russian gas and claiming that mutual business interests would somehow tame Moscow’s imperial instincts. Meanwhile, an array of apologists have readily echoed Putin’s historical grievances and his protests over NATO enlargement while ignoring the Russian ruler’s increasingly unhinged ideological attacks on the West.

Even now, more than eight months since Russia unleashed the largest European conflict since World War II, self-styled realists continue to advocate policies of appeasement. Again and again, peace plans are proposed that ask nothing of Russia while calling on Kyiv to cede Ukrainian land in exchange for peace in Europe.

Efforts to appease Putin are fundamentally flawed. Russia’s foreign policy is not a response to a series of legitimate and isolated grievances that can be addressed in a rational manner; it is the product of the country’s deeply imperialistic political culture and authoritarian state institutions. Any attempt to make sense of Putin’s Russia that fails to recognize this reality is tantamount to ignoring the fact that Hitler’s Germany was a Nazi state.

For far too long, the realist camp has refused to take warnings from Russia’s neighbors seriously. Politicians and commentators in Poland, the Baltic States, Ukraine, and other countries with first-hand experience of Russian imperialism have struggled to make themselves heard in Western capitals and have frequently faced accusations of “Russophobia.” It is now time to acknowledge this error and accept that those who sought to raise the alarm about resurgent Russian imperialism were right all along.

It is also important for Western leaders to understand that Putin is escalating because he is losing the war. Ukraine’s attrition tactics and skillful military maneuvering have paid off in recent months, enabling rapid advances that have liberated large swathes of occupied Ukrainian territory. The Russian army has suffered catastrophic losses and is deeply demoralized.

Faced with defeat on the battlefield, Putin is seeking to raise the stakes and is directly threatening the entire Ukrainian civilian population. If Western leaders wish to avoid another Kremlin genocide in Ukraine, they must respond with speed and decisiveness to Russia’s methodical destruction of Ukraine’s civilian infrastructure. This means supplying the air defense systems and other military hardware Ukraine desperately needs.

At the same time, Ukraine’s international partners must also show the kind of patience that will allow the Ukrainian military to wear down Putin’s invasion force and liberate the rest of the country. This may take longer than expected and could lead to growing Ukraine fatigue in Western capitals. Nevertheless, it is both morally and strategically the right thing to do.

The only way to end Putin’s criminal invasion is by ensuring that the Ukrainian army prevails militarily. This victory would have far-reaching repercussions for the wider region. Crucially, the survival of the Ukrainian nation would serve as a severe blow to the imperial mindset that remains dominant in modern Russia. This is a necessary step if post-war Russia is ever to establish normal relations with its neighbors.

The alternative would be disastrous for the entire Western world. If Russia is victorious in Ukraine, Putin will embark on further international aggression geared towards subjugating his neighbors and undermining the West. The current Cold War will continue indefinitely, while the nightmare scenario of a direct military conflict between Russia and the West will loom ever larger. Putin is already committing genocide in Ukraine and is now openly threatening to freeze millions of civilians to death. The price of peace will continue to rise until he is decisively defeated.

Dennis Soltys is a retired Canadian professor of public policy, living in Almaty. Alexander Motyl is a professor of political science at Rutgers University, Newark.