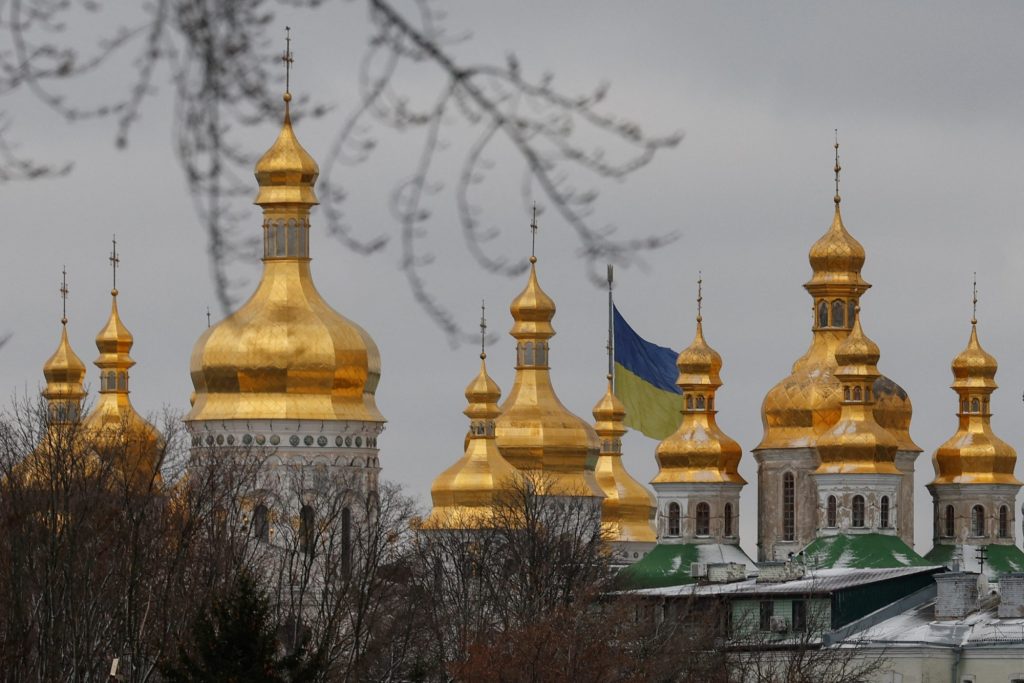 As Ukraine fights for its survival against invading Russian forces, the struggle for the country’s future is also unfolding far from the front lines. While Ukraine holds off Putin’s troops and endures Moscow’s terror campaign against civilians, efforts to modernize the country continue. By pursuing important reforms even in wartime, Kyiv is paving the way for a Euro-Atlantic future while distancing itself from the Soviet past.

Indications of Ukraine’s European trajectory remain evident despite the horrors of Russia’s ongoing invasion. The tiny state-owned Ust-Dunaisk port complex sits in an inlet in southwestern Ukraine where the Black Sea meets the Danube River, roughly thirty miles northwest of Snake Island. There are no roads traversing the small canals from the nearby village of Vylkove to the port, which serves as a key cargo loading point for transport between seafaring vessels in the Black Sea and river ships on the Danube.

In what was the first seaport privatization of its kind in Ukraine, the State Property Fund recently auctioned off the Ust-Dunaisk port and its Danube River berths in Vylkove and nearby Kiliya for $5.5 million. Ukrainian fertilizer company Elixir won the auction against seven other bidders, more than tripling the price from the $1.6 million opening bid.

The bidding war for Ust-Dunaisk points to a larger trend in Ukraine’s maritime exports. Russian forces currently occupy much of the Ukrainian coastline and have imposed a blockade of Ukrainian ports that has made maritime trade virtually impossible for almost a year. While a grain deal brokered by Turkey and the United Nations in summer 2022 partially opened Odesa’s major ports once again, the Russian Navy continues to harass commercial vessels entering and exiting Ukrainian waters.

As a result, shipping companies are increasingly turning to the Danube River to export Ukrainian grain. In 2022, grain shipments through the Danube grew 42 times year-on-year to 6.1 million tons, while overall cargo nearly tripled to 14.5 million tons, reaching the full capacity of Ukraine’s three Danube ports.

With demand growing rapidly, companies are now racing to build shipping capacity on the Danube. Ukrainian agribusiness company Nibulon, which has traditionally operated mainly out of Black Sea port Mykolaiv, is working to expand its Danube River capacity in the port of Izmail to be able to process 300,000 tons of grain per month. As Ukrainian companies adapt to wartime market conditions, so too have the government’s privatization authorities. Plans are underway to privatize the Bilhorod-Dnistrovskiy Seaport just up the coast from Ust-Dunaisk by the end of the winter season.

Ukraine’s port privatization push is part of a broader initiative to renew privatization efforts following suspension in the immediate aftermath of Russia’s February 24, 2022 invasion. Rustem Umerov was appointed as the new head of Ukraine’s State Property Fund in September 2022. He has vowed to simplify the privatization process and make it more accessible to foreign investors. If successful, this should help the country to partially offset the catastrophic economic impact of the war while laying the foundations for a revival in the Ukrainian economy once the fighting is finally over.

At the same time, significant concerns remain regarding Ukraine’s commitment to privatization. Since the invasion began, the Ukrainian authorities have invoked wartime laws to nationalize a number of strategically important companies. While these measures reflect the gravity of the situation in the country, they also raise questions over Ukraine’s future economic direction.

Even if the relaunched privatization push proves effective, huge challenges still lie ahead for Ukraine as the country looks to achieve a decisive break from the discredited past. Meaningful judicial reform is only just beginning to take shape and is vital for the country’s future. Encouragingly, President Zelenskyy now appears more willing to listen to calls from Ukraine’s international partners to clean out corrupt courts. With Ukraine heavily reliant on military and financial aid, these calls will certainly be more difficult to ignore in the months ahead. Ukraine’s partners will also be encouraged by the Zelenskyy administration’s response to recent corruption allegations, which led to a flurry of dismissals and resignations.

Post-war Ukraine will need to tackle a range of other major modernization tasks while dramatically reducing the state-owned share in the country’s banking sector. The list of necessary reforms is long and painfully familiar to anyone who has been engaged in Ukraine’s notoriously patchy efforts since the country’s 2014 Revolution of Dignity. Nevertheless, some veterans of Ukraine’s reform drive believe the incredible sacrifices of the past eleven months have made the prospect of further backsliding intolerable and opened a window of opportunity for once-in-a-lifetime progress. The Ukrainian authorities must not miss this chance.

We may never know exactly why Vladimir Putin chose to invade Ukraine, but fear of the country’s emergence as a fully-fledged European democracy was clearly a factor. Putin has long viewed Ukraine’s successful transformation as an existential threat and a potential catalyst for democratic change inside Russia itself. As Moscow continues its genocidal war to extinguish Ukrainian statehood and subjugate the Ukrainian people, it is more important than ever to maintain the commitment to a European future that so many Ukrainians are currently fighting for. This means implementing economic and governmental reforms whenever possible, even in the most trying of wartime circumstances.

Putin’s nuclear blackmail must not prevent the liberation of Crimea

Putin’s nuclear threats have led some analysts to argue against attempts to liberate Crimea but bowing down to the Russian dictator’s nuclear blackmail would have dire consequences for global security, writes Andriy Zagorodnyuk.

Image: A Ukrainian national flag waves behind domes of the Uspenskiy Cathedral at the Kyiv Pechersk Lavra monastery, amid Russia's attack on Ukraine, in Kyiv, Ukraine January 6, 2023. (REUTERS/Valentyn Ogirenko)