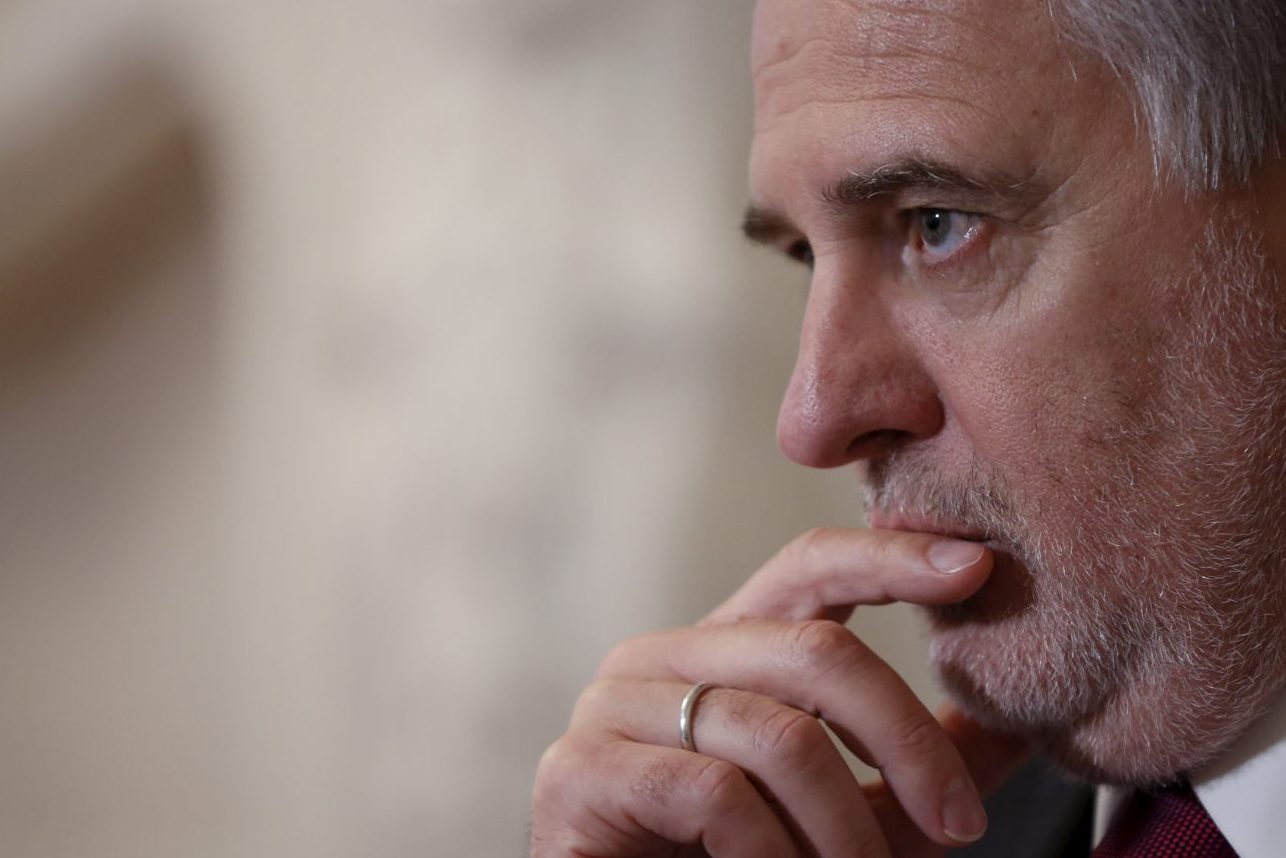 Oligarchism is an anachronism. It not only retards economic growth, but prevents Ukraine from blossoming into a modern and effective state.

In the twenty-eight years since independence, oligarchism has subjugated Ukraine into a form of moral, political, and economic serfdom. Oligarchs and their corrupt coteries have kept Ukraine’s citizens poor, made them feel politically impotent, and forced them into daily moral compromises.

In post-election Ukraine, oligarchism is a disease that continues to suffocate the country in its democratic transformation.

A cancer, its parasitic properties keeping the body politic of Ukraine in constant sickness, debilitating it, keeping it weakened and handicapped, preventing any hope for recovery, let alone overcoming it and thus beginning the start of a new life.

The reassertion of oligarchs in public life necessitates the garnering of courage for making a moral judgement that in its imposition will empower a process of disconnection from the dictates of the soviet inspired ancien regime.

This expression of moral indignation, legally codified and practically expressed through the application of the rule of law, would allow for the formation of a new societal order inspired by equality, justice, economic opportunity, and peaceful civil life.

It is no longer enough to rhetorically discredit oligarchism but time to re-energize and translate moral indignation into an uncompromising commitment of energy to eradicating its perfidious influence within its institutions and public life.

Subsribe for the latest UkraineAlert

It’s time for prison terms and the assertion of the rule of law. It also is time to draw the proverbial line in the sand, that the corrupt oligarchical practices in the economy, in politics, and in greater Ukrainian society will no longer be tolerated.

However, legal prosecutions must not be inspired by political revenge or class envy, but for the need to assert a new set of governing values, holding to account the individuals who stole the country’s wealth and whose business behavior continues to stifle economic growth and to corrupt the institutions of justice.

The essential preoccupation of Ukrainian civic and political life must be the establishment of an efficacious legal based order worthy of a modern state and economy, where justice is paramount.

Criminal investigations, political corruption, and the judicial system are still far from free of pay offs and corrupt influence. The Rubicon towards a rules-based society will not have been crossed until members of this “public criminal” class have been jailed.

However, the sad truth is that Ukrainian institutions are not yet strong enough to thwart the influence of the oligarchy. Without the direct influence, assistance, and continual Western pressure, it will be years before this capability is developed.

During the Poroshenko administration, not one prominent member of this class was incarcerated. This was an apocalyptic failure.

Oligarchs must be marginalized in Ukraine’s public life. Not tolerated, and treated as the public criminals that they are, reduced to being peripherals rather than essential participants in the building of a new Ukraine.

Oligarchs in Ukraine want the continuation of the old order and the maintenance of the status quo, as only this form of governance will maintain their selfish political and economic interests.

Regardless of their public pronouncements, oligarchs don’t want democracy. They don’t want the establishment of liberal democratic values, they don’t care for the rule of law or any type of western civil society behaviors. They don’t want the foreign investment or the competition that it brings nor the economic benefits that this will bring to the ordinary citizen. They surely don’t want to submit to the influences of western type governance practices in either the economy or politics.

Engagement with oligarchs is not a benign form of partnership, but a philosophically inconsistent and immoral collaboration, which will only lead to disappointment and a severe dashing of hope and expectation of Ukraine’s transformers and people. Worse yet, it is a blatant example of hypocrisy.

Their charitable monies and attempts at public rehabilitation must be rejected. Have the lessons of Coppola’s “Godfather” saga and Michael Corleone’s quest for legitimacy been forgotten?

Let no one be fooled, oligarchs as individuals and as a class do not believe nor support the transformation of Ukraine for their essence makes them a rival nemesis to a democratic and rules-based Ukraine.

The saga of David and Goliath on the outskirts of Kyiv

As a newly elected president and parliament have been sworn in, and a new government formed, the new political class must be ready to radically transform the values of Ukraine’s business culture.