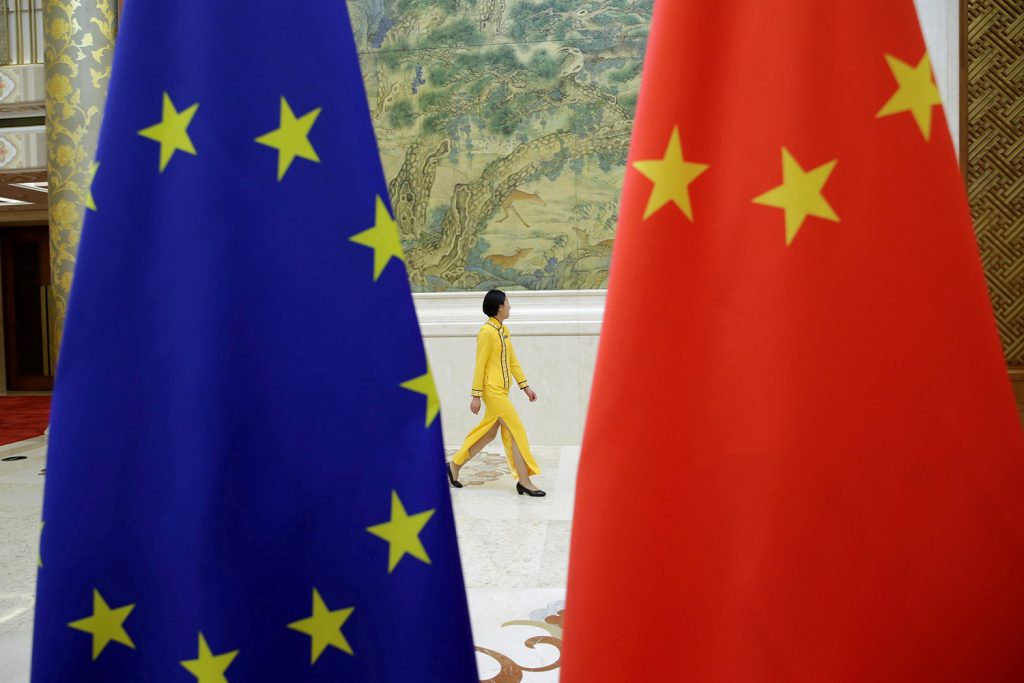 In late December 2020, the European Union (EU) and China reached an agreement for the framework of a new investment deal, the EU-China Comprehensive Agreement on Investment (CAI). The signing of the agreement caused considerable debate: even though the EU expressed its willingness to work closely with the Biden administration, Brussels concluded the investment agreement with Beijing on its own, weeks before the inauguration of the Biden presidency. Rather than reading too much into geopolitical positioning behind the agreement, we should see the CAI episode as revealing that the EU’s institutional, economic, and geopolitical interests are not always in sync. In the CAI, traditional political proclivities, institutional dynamics, and tactics superseded Europe’s strategic interest in transatlantic coordination and its consideration of communist China as a ‘systemic rival.’

The EU-China investment agreement was thus neither a strategic embrace of Beijing, nor a European rejection of Washington. Europe’s signing of the CAI should be understood as what it is: the outcome of internal European dynamics and tactical bargaining, largely independent from geopolitical reasoning. The signing of the EU-China CAI only increases the relevance of a high-level transatlantic dialogue about the future world order and the Euro-Atlantic relationship. Meanwhile, the EU should consider how to bring its internal dynamics in line with geopolitical reality.

This emphasis on normative power and the belief that economic interdependence has politically stabilizing effects is traditionally combined in the EU with a legalistic approach to international affairs. The prominence of a legalistic approach explains, in part, why the EU lends much credence to the conclusion of treaties and agreements, even–if not especially–with a “systemic rival” like China.

The EU’s approach could make sense in a context or ‘system’ of shared norms and enforceable legal commitments. However, the Chinese Communist leadership explicitly seeks to overturn the Western system of liberal democratic norms. This is reflected by the EU’s designation of China as a “systemic rival”, which implies a Euro-Chinese conflict or rivalry of norms.  In this context of inherent political conflict, it is open to debate to what extent the EU can actually enforce the legal framework of an investment treaty with China. Ultimately, lacking military power, the European Union can only leverage its market access to enforce the treaty with China. Considering the interests of EU businesses in China, it remains to be seen whether European or Chinese norms will prevail in this context of systemic rivalry.

While ‘liberal’ views shape EU institutional thinking, EU institutional dynamics also shape the European Union’s dealing with the rest of world, including China. The EU Treaties and the European Court of Justice rulings determine which ‘competences’ – or powers – the EU Commission, the EU Council of the EU member states, and the EU Parliament have in making external policies. These EU institutions often seek to fully use and prove their respective competences, especially when those competences are newly acquired.

Timing in many ways likely also shaped the conditions of the CAI agreement. The EU Council needs to consent to the Commission’s proposals with a qualified majority, so the Commission needs the right circumstances in order for its proposals to succeed. Acting according to the right circumstances is often more a question of tactics than strategy. The German leadership also sought to secure a deal with China, and the six-month German EU Presidency in 2020 provided the Commission with an opportunity to get its investment deal with China through the EU Council. With Germany’s tenure in the EU presidency ending on December 31, there was pressure to act quickly.

Notwithstanding institutional beliefs and dynamics, it seems hard to square the EU’s signing of the investment treaty with China with Europe’s broader strategic concerns. The EU’s designation of China as a ‘systemic rival’ is echoed in many European capitals, and the European popular sentiment has become very critical about China’s leadership. The EU has also become increasingly interested in establishing ‘strategic autonomy’ and limiting Europe’s dependence on China’s economy. However, tactical issues appear to have superseded such strategic concerns.

Ironically, American trade diplomacy and political dynamics appear to be an impetus for the EU to quickly conclude the CAI with China. The January 2020 US-China Phase One trade deal further opened certain Chinese sectors, including several financial services, to American businesses. In the face of US competition, European business wanted a similar deal with China. In fact, for nearly a decade, European businesses in China lobbied the EU to sign an agreement with China, hoping that an investment agreement would generate greater investor protection as well as more market access in China.

Furthermore, European consent to the proposed investment agreement evolved in the context of the ongoing transatlantic trade conflict. As some EU capitals were still weighing whether or not to agree to the investment treaty with China, the United States announced new tariffs on EU goods. In fact, signing the deal before the US presidential inauguration gave the EU an opportunity to send a signal across the Atlantic that Europe would “not wait for the United States to get its act together.”

Lastly, the joint German-Commission diplomatic surprise offensive over Christmas was a decisive tactical move. Throughout Europe, policy makers were off for holidays when the news of the agreement and the deadline came in. It allowed little time for diplomatic coordination, let alone study of the document. If more time had been allowed, countries like the Netherlands, Poland, Sweden, and Italy might have prevented a qualified majority for the signature.

The CAI episode reveals the extent to which the EU’s external policies are shaped by the EU’s liberal and normative thinking, institutional dynamics, and tactical bargaining, rather than strictly by geopolitical motives. If the EU’s aspires to be more ‘geopolitical,’ it will need to internalize much more historical and strategic geopolitical thinking, to better coordinate national security concerns with economic issues, and to ensure that tactical bargaining is in line with ulterior policy objectives. Acting geopolitically requires more than big words, but an understanding and transformation of the ways in which traditional political beliefs, dynamics, and tactical pressures impact the European Union’s approach to foreign policy.

An EU-China investment deal is near—but is it ‘worth having?’

If signed, the CAI represents another major achievement for China in carving out an economic space for itself in the face of acrimonious contention with the United States, following last month’s signing of the Regional Comprehensive Economic Partnership with other Asian nations.