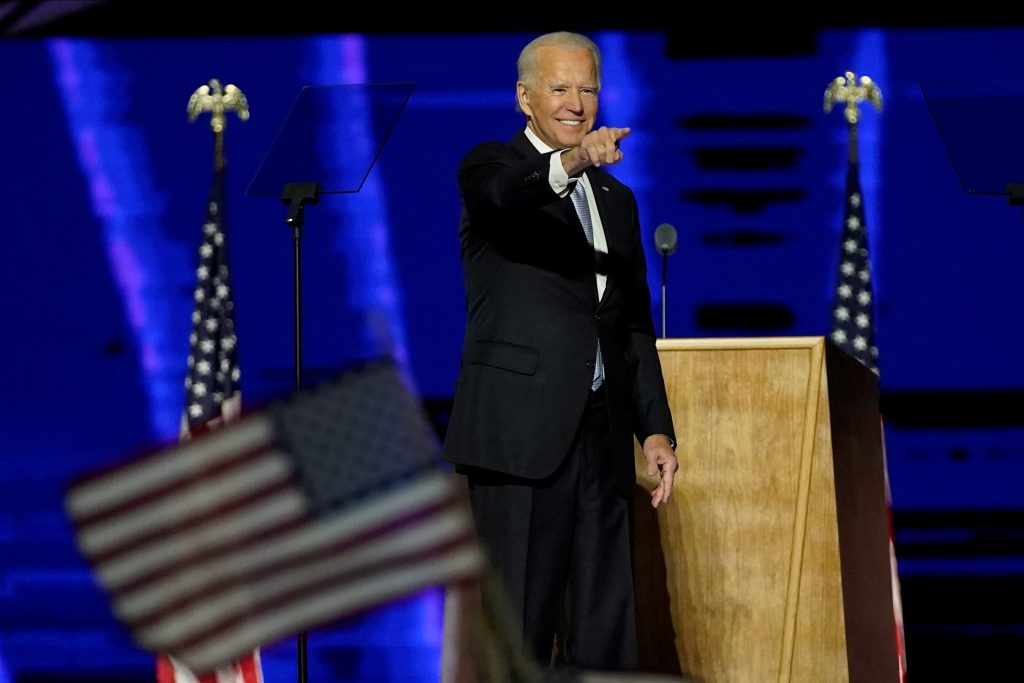 Biden’s Historic Win. With voter turnout at its highest level in more than a century, Joe Biden was elected the 46th president of the United States, marking an end to the tumultuous presidency of Donald Trump. As Kamala Harris prepares to become the first female, African-American, and Asian-American Vice President, Biden named his national security team and signaled his desire to prioritize democratic cooperation and multilateral engagement, including reentering the Paris Climate Accords.

US Democracy under Strain. Despite the clear election outcome, President Trump refused to concede defeat, instead launching an unprecedented attack on the integrity of the vote and seeking to reverse the results through legal challenges and pressure on state legislators and local officials. While these efforts fell short, they persuaded large numbers of Republican voters to believe that the election was stolen.

Vaccine Breakthrough.  With COVID infection rates soaring across the US and Europe, two US pharmaceutical companies announced they had separately developed highly-effective coronavirus vaccines. With direct bilateral purchase agreements in place with these companies, Australia, Canada, Japan, the United States, and the countries of the European Union have pre-ordered half the world’s expected available vaccine supply and could see large swathes of their populations immunized by mid-summer 2021.

“America is and remains our most important ally, but it expects of us – and rightly – greater efforts of our own to care for our security and to stand up for our convictions in the world…  I look forward to working with President Biden.  Our trans-Atlantic friendship is indispensable if we are to deal with the major challenges of our time.”
– German Chancellor Angela Merkel