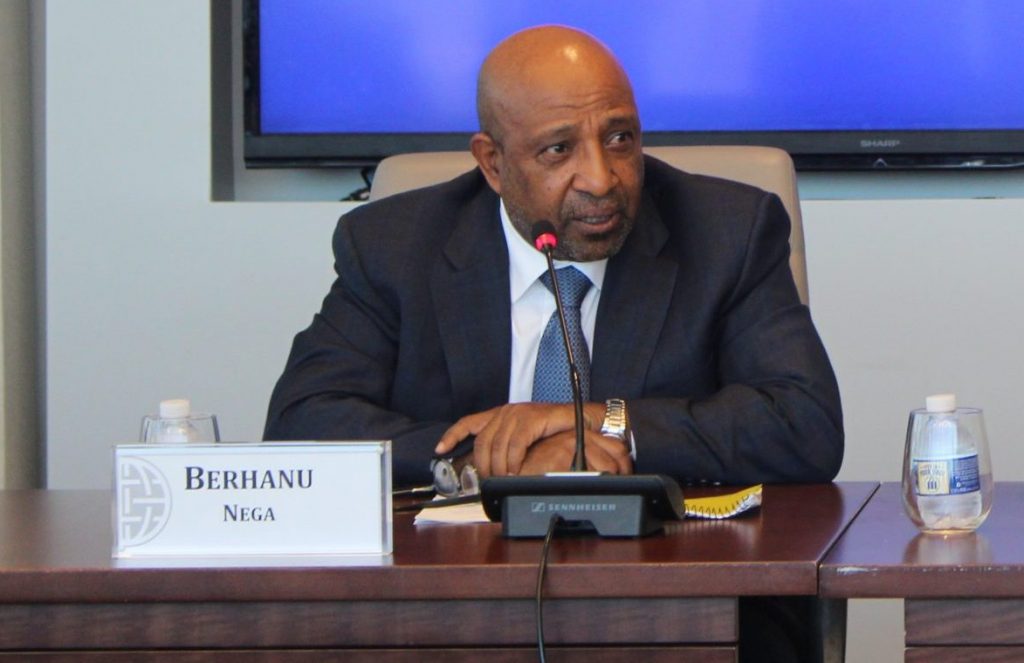 Responding to questions, Dr. Nega described Ethiopia’s general election, slated for June, as a historic moment, with implications for the broader Horn of Africa region. He outlined his party’s unique non-ethnic platform and grassroots approach, while reflecting on the campaign environment, the timeline of the election, political participation, and how the United States and others could play a role in supporting the National Electoral Board’s capacity.

Dr. Nega concluded with the hope that by the end of June, the people of Ethiopia will have spoken and that the election results will reflect the will of the people. This would need to be built upon further but would represent a significant step in Ethiopia’s democratic growth.

On Thursday, January 28, the Africa Center hosted a private virtual roundtable featuring H.E. Demeke Mekonnen Hassen, the deputy prime minister and minister of foreign affairs of the Federal Democratic Republic of Ethiopia, for a wide-ranging update on the security and humanitarian situation in the Tigray region of Ethiopia.