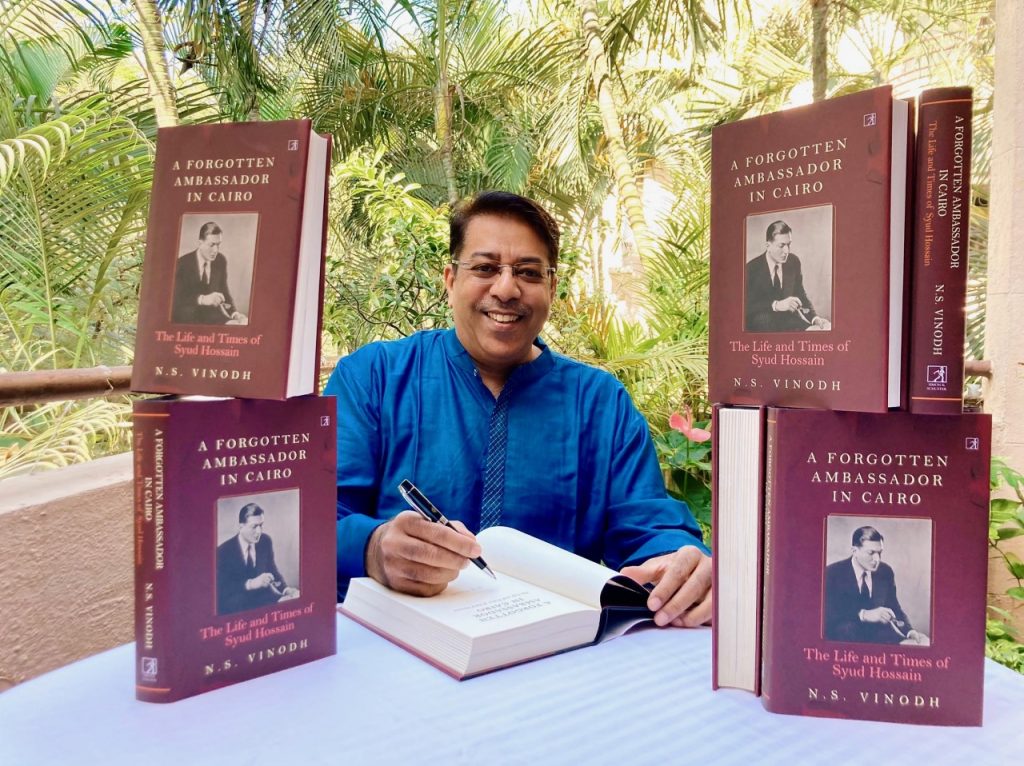 On April 8, 2021, the Atlantic Council’s South Asia Center hosted a conversation with author N.S. Vinodh on his book, A Forgotten Ambassador in Cairo: The Life and Times of Syud Hossain. Mr. Shuja Nawaz, Distinguished Fellow of the South Asia Center, moderated the event and began by introducing the esteemed list of panelists: Wajahat Habibullah, former Chairperson of the Indian National Commission for Minorities and Ambassador TCA Raghavan, former Indian High Commissioner to Pakistan and Singapore.

N.S. Vinodh then opened by introducing his book and discussing the life of Syud Hossian, “a remarkable man about whom very little is known.” The author then expanded on the Ambassador’s family background, noting major life events including his education in England, career in journalism, connection to the Nehru family, and his life as an activist. He expanded on Hossain’s activism and discussed the immigration and citizenship laws in the United States that discriminated against Asians and specifically Indians, noting how Syud Hossain advocated for Indian citizenship rights, a battle that he ultimately won in 1946.

Next, Mr. Nawaz turned the conversation over to Wajahat Habibullah and Ambassador TCA Raghavan. Mr. Habibullah anecdotally explained his family ties to Muhammad Ali Jinnah, and Syud Hossain. Ambassador TCA Raghavan then steered the conversation to the Partition, noting Syud Hossain’s significant and careful decision to remain in India as a Muslim elite rather than going to Pakistan, citing the reasoning behind his choice was that partition was not the answer. Mr. Habibullah then added additional comments about Muslims in India, citing anecdotal stories about the Partition.

Taking a deep dive into the immigration trends and policies at the time, Mr. Vinodh walked the audience through the struggles of Indian immigrants to North America. Mr. Nawaz then tied these struggles of citizenship to the current discriminatory citizenship laws being implemented in India. They followed this by talking about the effect of the media on various societal issues that Syud Hossain raised, and the role of the media in these issues.

Since sharing Syud Hossain’s story through “A Forgotten Ambassador in Cairo ” and raising awareness of his tomb, it is now being repaired courtesy of Sarvath al-Hassan Jordan. In conclusion, Syud Hossain’s influence has also remained well after his death, and a scholarship was left by a friend in Hossain’s name to study spiritual and mystical poetry from India and Pakistan at Harvard University.

Event Recap: “The Nine Lives of Pakistan” with Declan Walsh and Shuja Nawaz