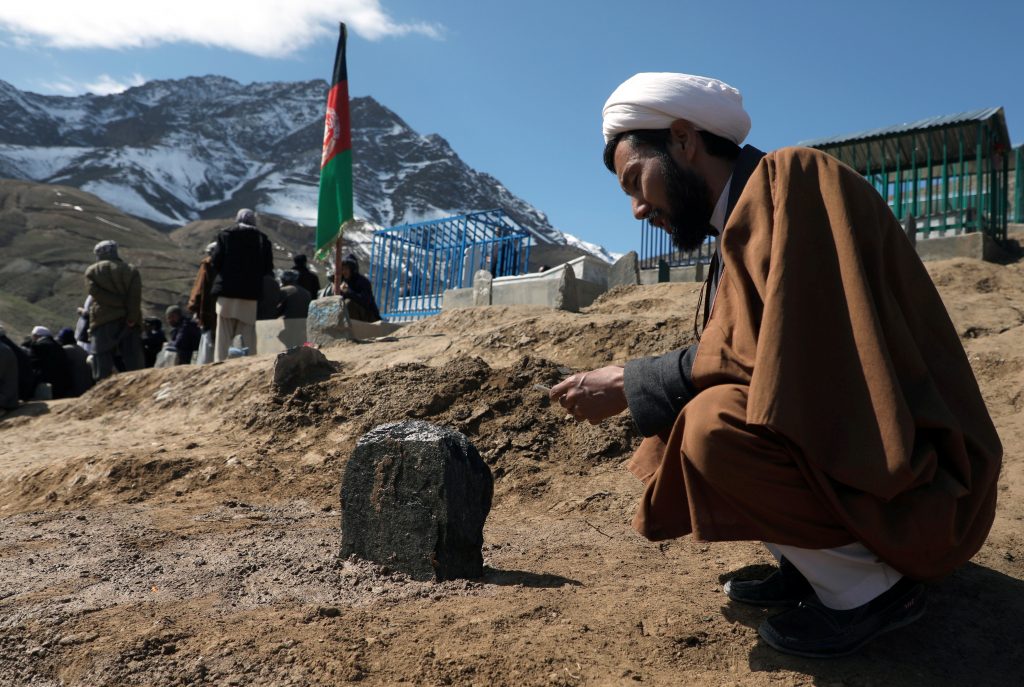 On July 20, 2020 the Atlantic Council’s South Asia Center hosted a panel discussion on the role of victims in Afghanistan’s peace process. Marika Theros, a nonresident senior fellow at the South Asia Center, moderated the discussion which was paneled by Shaharzad Akbar, Chairperson of the Afghanistan Independent Human Rights Commission; Sergio Jamarillo Caro, Former High Commissioner for Peace for Colombia; and Hadi Marifat, Executive Director of the Afghanistan Human Rights and Democracy Organization.

After Ms. Theros introduced the panel, video clips were shown in which two Afghan citizens discussed their experiences of personal loss as a result of the war. Raihana Hashimi touched on the psychological impacts of the murder of her fifteen year old sister on her and her family. Hamid Rafi then shared how his seventeen year old sister died in a suicide bombing. Ms. Hashimi and Mr. Rafi both emphasized the need for a victim-centered approach to the peace process and expressed that victims must be heard and substantively included for peace to be truly just.

The event then moved into a moderated discussion. Mr. Marifat argued that previous frameworks for transitional justice in Afghanistan can be broken down in three phases. The first phase represents concrete measures taken, such as consultation of multiple stakeholders – the Afghan government, the Afghanistan Independent Human Rights Commission, the United Nations, and so on – in the peace process to create an action plan. The second phase was when the Karzai administration failed to implement this action plan to support victims. The third phase originated in dialogues between the United States and the Taliban. Mr. Marifat believes that victims must be direct participants in the peace process.

Asked about the obstacles impeding the amplification of victims’ voices, Mr. Marifat rebuked the position that governments view victims as hindrances to sustainable conflict resolution. He also commented on the lack of a substantive framework surrounding victim engagement and representation. He explained that, because victims comprise a large proportion of the Afghan population and are able to provide a more holistic approach with the trauma they have faced, that Afghanistan will benefit strongly from their inclusion in the peace process and transformative justice. Negotiators will thus understand the true magnitude of destruction inflicted by the conflict, leading to comprehensive victim-centric policies.

Shaharzad Akbar remarked that a central point of agreement between the US delegation and the Taliban is the release of prisoners. According to Ms. Akbar, the Afghanistan Independent Human Rights Commission condemned the release of prisoners that have been known to inflict harm on civilians, such as Anas Haqqani. Ms. Akbar also urged for transparency when enforcing victims’ rights. Four specific mechanisms were proposed for a victim-centered approach by the Afghanistan Independent Human Rights Commission: victim testimonies, nationwide consultations, expert reference groups for negotiating teams to consult (including representatives of victims’ narratives and perspectives), and ensuring the peace talks are as widely accessible as possible.

Drawing on his previous experience as the High Commissioner for Peace for Colombia, Sergio Jaramillo Caro emphasized that one of the pillars of the peace settlement in Colombia was based on the pointed inclusion of victims. Caro recalled an experience where the United Nations and the Colombian Catholic Church selected delegations of victims to represent the wide range of conflict-affected Colombians at the negotiation table. Caro argued that addressing the needs of victims is a benchmark for measuring justice.

Mr. Caro encouraged the stakeholders of the Afghan peace process to structure their negotiations around a set of agreed principles to guide them towards sustainable peace. The recognition of victims’ rights as citizens is only one example of a guiding principle for negotiations that Afghan stakeholders can follow. Caro also stressed the point that “victims” are not a monolith and may not all be affected by the conflict in the same way, supporting the need for a multilateral peace and more nuanced transitional justice framework..

This panel underscored the importance of increasing the role of victims within the Afghanistan peace process and within post-conflict transitional justice processes more generally. Not only does such an approach create a more just and inclusive peace – as was the case in Colombia as well as other international conflicts – but it makes the agreement reached more durable and begins the slow process of healing for those affected by four decades of war in Afghanistan.

A recording of the event can be found here.

Image: An Afghan cleric prays over the grave of one of the victims of yesterday's attack in Kabul, Afghanistan March 7, 2020. REUTERS/Omar Sobhani