China has been establishing itself as an economic player in the MENA region by not engaging in any complicated political issues. However, in recent years, China has been increasingly involved in political affairs. They have been engaging with the Arab states as well as the North African countries.

In this episode, we are joined by Dawn Murphy, an associate professor of international security studies at the US War College, Maxwell Air Force Base in Montgomery, Alabama to discuss China’s approaches and outreach to the Middle East and North Africa via multilateral institutions and mechanisms. Dr. Muphy’s new book, China’s Rise in the Global South: The Middle East, Africa, and Beijing’s Alternative World Order, can be purchased here.

In this episode, Jonathan and Dr. Murphy discuss the forums with which China is affiliated, as well as the goals and objectives of those forums. They look at China’s connections with non-Arab nations including Turkey, Iran, and Israel, and China’s envoys, the Middle East Envoys, and Africa’s envoys. Finally, Fulton and Murphy address how the US should think about China’s growing influence in the MENA region and how the US should interact with China as a competitor.

“China is not attempting to change the distribution of territory in the Middle East or Africa, as its power grows, it is increasingly competing with the US.” 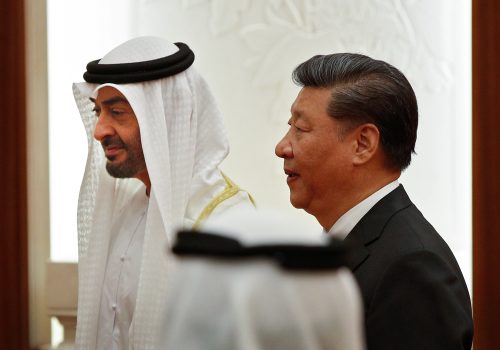 Chinese Community Building in the Middle East: Chinese in Dubai 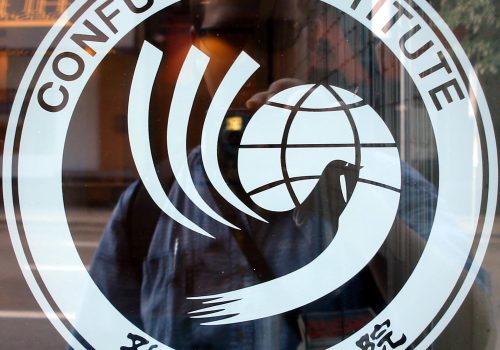 Shaojin Chai joins us to discuss China's reliance on soft power to develop favorable influence throughout the MENA region.

Image: United Arab Emirates State Minister for Foreign Affairs Mohammed Hussein Al Shaali listens between the Arab League flag (L) and the Chinese one during a news conference at the end of the Sino-Arab cooperation forum in Beijing June 1, 2006. REUTERS/Lucas Schifres/Pool (CHINA)