The body language said it all. US President Joe Biden and Russian President Vladimir Putin met in Geneva today for a tense two-and-a-half hours of talks—far shorter than anticipated—on everything from the Arctic and Ukraine to cyberattacks and human rights. Did Biden or Putin come away with any wins? Can US-Russian relations ever be “stable and predictable,” as Biden desires? We called in our crack Russia experts to separate the signals from the noise.

Don’t bet on a reset

FAST THINKING: What to expect from the Biden-Putin summit

On this episode of Fast Thinking, Atlantic Council experts Doug Klain and Melinda Haring discuss who has the most to gain from the summit and whether this meeting has any chance of stabilizing US-Russia relations. 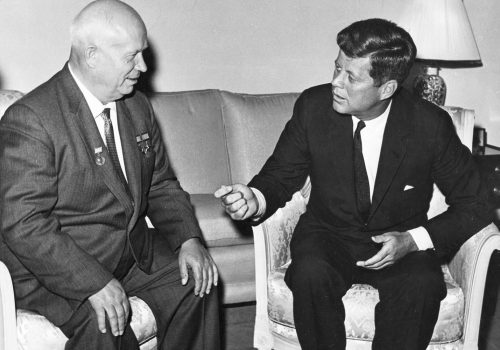 History’s warning for the Biden-Putin meeting

The dangers rest in the Biden administration’s understandable focus on China as the contest of our times and insufficient realization of the increased challenges Russia poses. 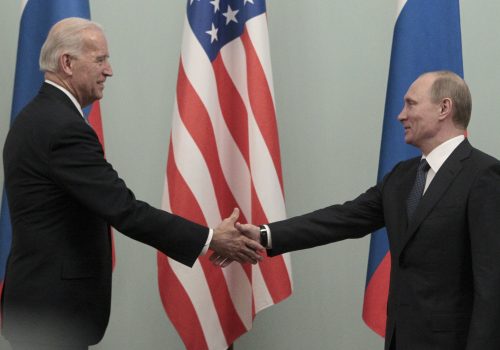 Ukraine is set to be high on the agenda when US President Joe Biden meets Russia's Vladimir Putin on June 16. However, few expect any breakthroughs towards ending the seven-year Russo-Ukrainian War.

Image: Russian President Vladimir Putin and US President Joe Biden shake hands during a meeting at Villa La Grange in Geneva, Switzerland on June 16, 2021. Photo by Sputnik/Mikhail Metzel via REUTERS.