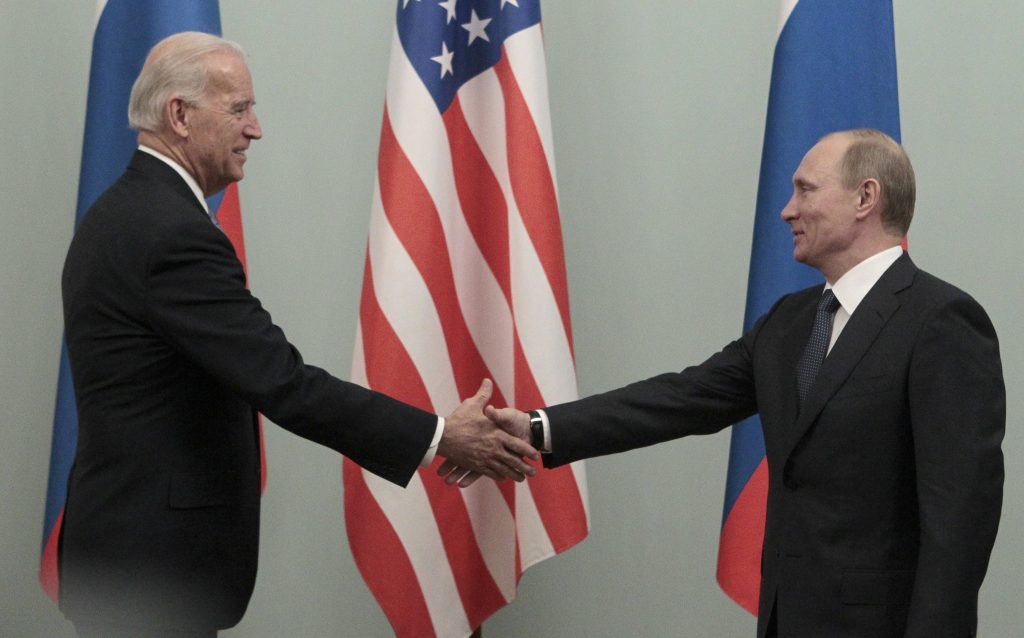 Ukraine is set to be high on the agenda when US President Joe Biden holds a hotly-anticipated summit with his Russian counterpart Vladimir Putin in Switzerland on June 16. However, there is little reason to expect any breakthroughs towards ending the Kremlin’s seven-year campaign of aggression against Ukraine. Instead, the meeting will likely highlight the need for Ukrainian policymakers to bolster the country’s own defensive capabilities and strengthen Kyiv’s international position.

Biden administration officials have stated that the goal of the summit is to establish a “predictable, stable relationship with Russia.” The US President himself has spoken in terms of signaling America’s return to the global stage. “It’s time to remind everybody who we are,” he commented on May 30.

Prior to his first meeting with Putin since becoming president, Biden will attend a G7 summit in England and meet with NATO leaders in Brussels. This should enable him to speak for the collective West when he then sits down with the Russian leader in Geneva.

Recent geopolitical developments in the buildup to the US-Russia summit are not particularly promising. Biden has been criticized for a number of perceived concessions towards Putin that appear to contradict his tough talk of reestablishing America’s global leadership role following the Trump presidency.

The most high-profile gesture was the recent decision to soften US sanctions against Russia’s Nord Stream 2 gas pipeline project. This move caught many by surprise and appeared to undermine long-term American opposition to an energy infrastructure project that is widely recognized as being among the Kremlin’s strategic priorities.

Another move welcomed in Moscow was the decision not to invite Ukraine to the forthcoming NATO summit in Belgium on June 14. While this was not entirely up to the Biden administration, the move to restrict attendance to alliance members has been interpreted in Kyiv and elsewhere as an attempt to avoid provoking the Kremlin.

It is also worth repeating that many in Moscow have greeted news of the coming Biden-Putin summit as a victory in itself. The meeting has been enthusiastically portrayed in the Kremlin media as recognition of Russia’s superpower status and proof of Putin’s personal importance as a leading global statesman at a time when Moscow is particularly sensitive to suggestions of declining influence and growing international isolation.

Some have questioned the wisdom of granting Putin such an easy propaganda success so early into the Biden presidency. Much of this criticism has focused on the manner in which Putin gained Biden’s attention, namely by massing troops on the Ukrainian border and engaging in a display of naked saber-rattling throughout much of April 2021. By rewarding Putin with a coveted summit meeting, Biden risks encouraging further belligerence.

While the Biden administration signals its readiness for dialog, Russia appears intent on further confrontation. In recent days, Putin has publicly backed Belarus dictator Alyaksandr Lukashenka over the May 23 “air piracy” incident that saw the Belarusian authorities force an EU passenger jet to land in Minsk before abducting a dissident journalist passenger.

Amid international outrage over the incident, Putin welcomed Lukashenka to Sochi and lavished him with attention in what was a highly choreographed display of solidarity and defiance. The Kremlin also escalated tensions further last week by refusing several leading EU airlines permission to enter Russian airspace in an apparent tit-for-tat response to restrictions imposed on Belarus by the EU’s own aviation authority. Putin’s handling of the air piracy scandal is a strong indication that he has no intention of seeking a thaw with the West and prefers to continue the confrontation.

This stance was reinforced on May 31 with news that Russia plans to form an additional 20 army units for deployment in the country’s western border regions close to Ukraine and the European Union. Russian Defense Minister Sergei Shoigu said the move was in response to a growing threat from NATO.

The Ukrainian issue will inevitably be among the key topics up for discussion during the coming Biden-Putin summit, but few observers expect any major developments. Instead, we are likely to see the current status quo reaffirmed by both sides. Biden will emphasize Western support for Ukraine’s territorial integrity, while Putin will repeat his own familiar list of grievances, ranging from NATO expansion to the “anti-Russian” actions of the Ukrainian authorities.

There is some expectation that Biden may send concrete signals regarding the high costs Russia will face in the event of a major military escalation against Ukraine. However, nobody realistically expects to see any new sanctions measures imposed. Instead, the emphasis will be on strengthening deterrence in light of Russia’s recent military muscle-flexing on the Ukrainian border.

There is clearly a need to warn Putin against any dramatic escalations in his ongoing hybrid war against Ukraine. While a feared Russian spring offensive did not materialize during the recent period of heightened tensions, Moscow’s troop buildup served as a handy dress rehearsal for a possible large-scale invasion. At the same time, it also illustrated the overwhelming military superiority Russia continues to enjoy in the region.

Nor is there any reason to conclude that Putin’s long-term objectives towards Ukraine have changed. Despite the numerous international setbacks Russia has suffered during the past seven years of hybrid warfare, Putin still regards restricting Ukrainian independence as Moscow’s top foreign policy priority. Indeed, his comments during a mid-May Russian Security Council meeting, when he identified Ukraine as an “anti-Russia”, underline Putin’s conviction that the existence of an independent and democratic Ukraine poses an existential threat to authoritarian Russia.

With the coming US-Russia summit unlikely to yield any progress towards peace in Eastern Europe, Ukrainian policymakers need to be realistic in their foreign policy expectations.

The good news is that the West appears to increasingly perceive Ukraine as an integral part of the democratic world. At the same time, the cautious Western response to the recent Russian military buildup was a reminder that nobody is prepared to actually fight on Ukraine’s behalf.

Domestically, Ukraine needs to revive and intensify the processes begun in 2014 to modernize and strengthen the country’s armed forces. The recent invasion scare is a reminder that Kyiv must prepare for the worst case scenario of a large-scale Russian offensive along multiple fronts. Luckily, the Ukrainian authorities can expect to receive significant Western support in this direction if they demonstrate the political will to conduct credible defense sector reforms.

Efforts should also be undertaken to strengthen the country’s strategic partnerships. There is no point hoping for miracles or expecting the international community to rescue Ukraine. Instead, Kyiv must consolidate existing relationships and demonstrate its value as a partner in the struggle against a revisionist Russia.

With NATO membership still looking a distant dream for Ukraine, it is worth exploring other options such as appealing to the US for Major Non-NATO Ally status. I submitted a resolution to the Ukrainian parliament on this issue in April 2021. If adopted before the Biden-Putin summit, this would create a new geopolitical context for the Geneva talks.

Above all, Ukraine must be proactive in pursuit of peace and national security. Kyiv simply cannot afford to wait for the world’s “great powers” to decide the country’s fate. A realistic foreign policy means taking the initiative in strengthening Ukraine’s geopolitical position. After more than seven years at the epicenter of international affairs, Ukraine must not restrict itself to following a script written by others.

Image: This 2011 archive photo shows current US President Joe Biden meeting Russian leader Vladimir Putin during Biden's stint as Vice President in the Obama administration. The two are scheduled to meet again in the coming weeks at a US-Russia summit on June 16 in Switzerland. (REUTERS/Alexander Natruskin)