It’s throwback Thursday for diplomacy. US President Joe Biden and UK Prime Minister Boris Johnson signed a new Atlantic Charter today—a statement of principles to guide their collaboration on everything from enhancing cybersecurity to promoting democracy. The charter, coming at the start of Biden’s first overseas trip as president, represents an effort to reinvigorate the “special relationship” between the two nations amid a slew of global challenges. But what new forms of cooperation will it unleash among democracies more broadly? And what will it mean for the emerging struggle between democracies and autocracies? We checked in with our experts, who in April urged Biden to adopt a new Atlantic Charter based on an Atlantic Council task force’s “Declaration of Principles” that was endorsed by Jake Sullivan, Tony Blinken, and Laura Rosenberger, all now top officials in the Biden administration.

The charter, in context 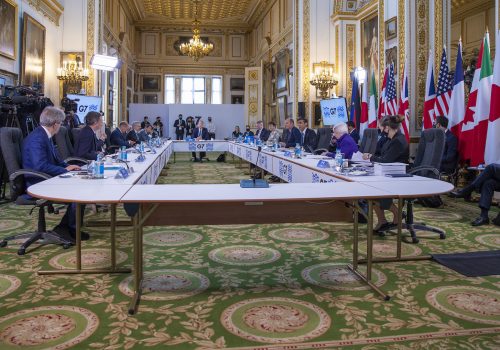 IN BRIEF: Why the G7 summit matters, in seven charts

The G7 is meeting in person for the first time since the pandemic began. The GeoEconomics Center explains the top seven issues on the agenda and why they matter. 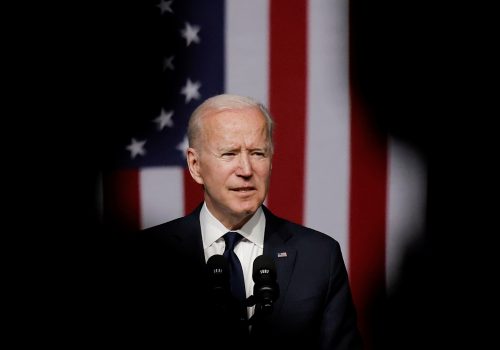 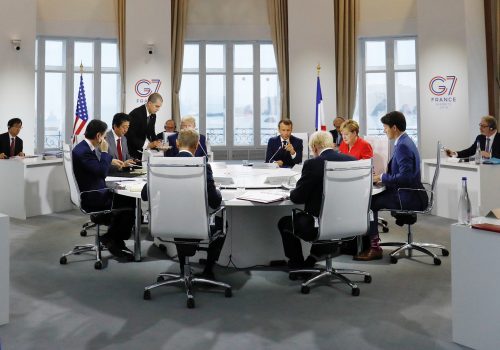 Image: US President Joe Biden speaks with Britain's Prime Minister Boris Johnson as they look at historical documents and artefacts relating to the Atlantic Charter during their meeting at Carbis Bay Hotel in Cornwall, Britain on June 10, 2021. Photo via REUTERS/Toby Melville.