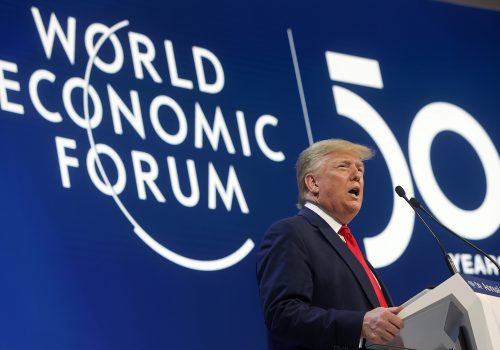 Trump hails “time for optimism” on climate change, but US leadership still missing

While “Trump is right [that] this is a time for both optimism and action,” John E. Morton, a nonresident senior fellow with the Atlantic Council’s Global Energy Center, said, Trump “is wrong to suggest that the future lies in fossil fuels.” By emphasizing fossil fuel production, Livingston said, “Trump missed a key opportunity to sell the story of a United States that can still—with the right policies—commercialize zero-carbon technologies as well as any other country in the world.” 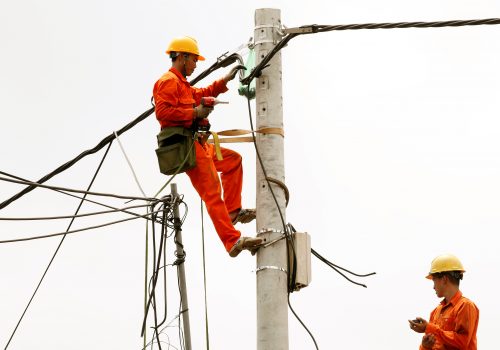 In order to meet growing global demand for electricity, and in response to an increase in renewables, power networks and markets are evolving and becoming increasingly interconnected. South and Southeast Asia have already had some success with interconnections, and China’s vision and Belt and Road Initiative loom large in the region, but there are geopolitical concerns to contend with. Could a US model manage these concerns? What is the state of regional power markets in Asia and investment in regional grid infrastructure, and what responses are we already seeing to emerging trends?

Prior to joining the Atlantic Council, Cornell was a senior corporate planning advisor to the Chairman and CEO of Saudi Aramco, where he provided market analysis and business development support to the executive management during the implementation of Saudi oil price strategy. In that capacity, he also provided advice to the Royal Court in the context of Saudi economic transition and foreign policy.

From 2011-2014 he was special advisor to the executive director of the International Energy Agency (IEA) in Paris, responsible for strategic messaging and policy advice to the Executive Office of the IEA. Previously, he developed IEA simulations and war-gaming among ministries in preparation for major oil and gas emergencies.

Before joining the IEA, Cornell served with NATO as the senior fellow and director of international programs at the NATO School (NSO) in Oberammergau, Germany, where his policy research focused on NATO and energy security. During that period, he also served on the secretary general’s committee in Brussels to develop NATO policy in the area of energy infrastructure security.