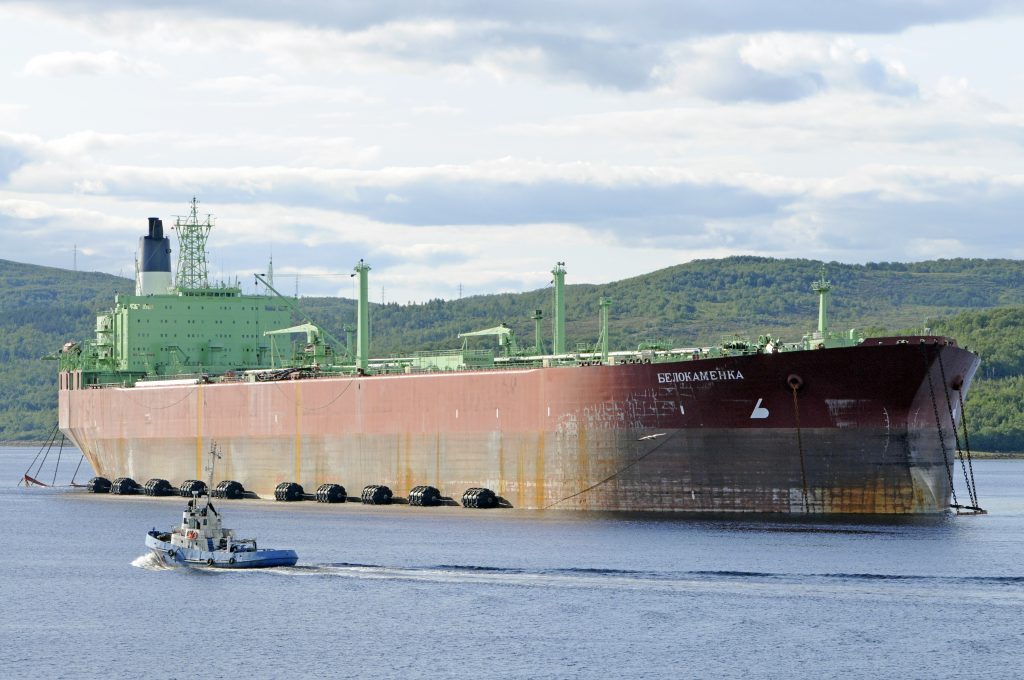 In the midst of an increasingly gruesome Russian invasion of Ukraine, western countries have imposed historic sanctions on the Russian financial sector and central bank. In the space of a week, the sanctions “went from a 2 to an 8,” in the words of a former Obama official. Despite energy sector carve-outs, the measures are having significant knock-on effects in energy markets, as companies turn down heavily-discounted Russian cargoes and “self-sanction” to avoid possible penalties and reputational risk. But particularly amidst mounting evidence of Russian war crimes, the absence of energy sanctions is conspicuous and puts countries in the awkward position of directly funding Putin’s aggression. That has exposed the Biden Administration to bipartisan pressure from Congress, as the White House seeks to prevent excessive pain for US consumers in an election year, stave off major disruption to global energy supplies, and avoid a perverse boost to Russian revenues with spiking prices.

Trying to choke off Russian energy supplies—for example, by tightening financial restrictions to include energy transactions and imposing secondary sanctions—would hurt Putin but with massive economic implications around the world. Russian oil exports account for 5 percent of global energy supply; removing so many barrels from the market would cause major price spikes and, if they could not be replaced by additional production or stockdraws, a physical supply shortage. Such action would also affect Russian gas exports, which account for 40 percent of European supply. The continent could probably weather such a shock in the short term with various emergency actions, but at very high cost in an already tight market (thanks to deliberate Russian actions since last year). Rerouting expensive LNG cargoes in a limited global spot market would exacerbate price spikes for buyers around the world, and Europe would be unable to meet demand by next winter. Putting European energy security at severe risk in terms of both oil and gas could also have implications for political solidarity for Ukraine.

A US-only oil embargo, as proposed in a bipartisan bill currently under consideration, would initially have only minor consequences for oil flows. Russian crude imports have fallen since last year and, in 2022, they total about 13,500 barrels per day, or 0.2 percent of US imports. Additional refined and semi-refined products would be easy to replace. All things being equal, this might cause a small price bump while markets re-adjust a bit, and the move would be largely symbolic (like Canada’s recent ban).

But all things are not equal. The market is tense with anticipation for further energy sanctions against Russia, and allies would be under pressure to follow suit. A US embargo would confirm market fears of escalation, sending prices up without really impacting Russian exports (mostly to Europe and Asia), and so may perversely boost the Kremlin’s revenues. This is the high-cost, low-impact solution currently being fast-tracked through the Senate.

Then again, European allies might indeed join an embargo under pressure. They account for 45 percent of Russian oil exports, and even if some of that could be redirected to other markets (albeit at a sharp discount due to the quality of Urals crude), it would have a material impact on Moscow. Yet global prices would surge on the back of a physical disruption, maybe to $150 or more, and a gas disruption might follow in retaliation.

In short, trying to cut off Russian energy would hurt oil and LNG consumers worldwide, and put Europe in a tight spot as it looks to cover demand through this winter and especially the next. Politically, governments would hurt their own voters, and leave little room for escalation vis-à-vis the Kremlin. At the same time, leaving Russian energy untouched by sanctions (even if tangentially affected by financial restrictions) would stoke valid anger among voters already paying high prices to fund Putin’s war.

Paying for its own demise

The challenge, then, is to employ actions that deprive Russia of energy rent (i.e., excess profits) while keeping molecules flowing, and to accelerate the longer-term work of weaning Europe and others off dependence on Russian energy. From a strategic point of view, such actions must show Putin that the West is willing to target energy supplies and force him to implement any embargo (if there is to be one), leaving room for escalation short of kinetic consequences. Politically and morally, sanctions must impose real costs on Putin and the Russian government as long as atrocities continue.

One innovative solution is to implement Russian energy sanctions in the form of a punitive levy rather than an embargo, and then to use the captured rent (i.e., the money collected as tax) to fund diversification away from Russia. As long as Putin pursues a tragic and brutal war, proceeds from Russian energy will hasten its own demise.

A punitive levy on Russian energy imports, as described by Harvard economist Ricardo Hausmann, would see a tariff of up to 90 percent on Russian oil. Because of oil’s elasticity (or how sensitive both supply and demand are to the tax), Russian exporters would still need to sell at market price, so most of the cost of the tariff would fall on them in the form of a heavy discount to international benchmarks. A recent cargo was sold to Shell for $28.50 less per barrel than Brent crude as most buyers willingly avoid Russian oil; the aim would be to maximize that discount and direct the money to tax, rather than to the buyers as savings. Ideally, such a regime would be coordinated with allies, particularly those in Europe, where almost half of Russian exports are purchased and refined. Where Russian oil continued to flow to European or American refiners, western governments would capture the bulk of the profit on each barrel, perhaps totaling as much as $50 billion per year. It would also give buyers in countries that did not participate (China or India for example) leverage in pricing negotiations, meaning Russian oil would likely continue to sell at a significant discount. Whether outstanding rents were collected by allied governments as a tariff, or as a buyers’ rebate, they would not accrue to Russia.

The proceeds from a punitive levy could then be deposited into a “diversification fund” with three principal aims.

First and principally, the funds would be used to support diversification away from Russian energy. This might include efforts to subsidize the rapid roll-out of electric heat pumps in Europe or EV chargers in the US; finance grid investments; or implement energy efficiency measures. The fund might also open up alternative fossil fuel supply by complementing an exceptional expansion of drilling licensing in the US with carbon capture, utilization, and storage (CCUS) for industry operations, or by supporting alternative gas import infrastructure to Europe.

The second use of the fund would be to mitigate the impacts of price shocks on vulnerable consumers. Spending by EU member states to cushion the impact of the energy price crisis on vulnerable consumers already amounts to a commitment of around 55 billion euros, but households in the US (and other participating countries) might also receive relief from high global oil prices.

The final use would be to support Ukrainian resistance and Ukraine’s eventual rebuilding, particularly in the energy sector.

Such a fund would also provide a useful destination for voluntary deposits by those non-Russian companies that are also reaping windfall profits from Ukrainian suffering. A very public invitation could offer an alternative to large western oil and gas producers that may not wish to benefit from Putin’s energy blood money.

Together, these actions could simultaneously achieve a few concurrent aims. They would deprive Russia of significant energy rent; provide room for global cooperation without unduly risking the security of allies; leave room for escalation; create a sustainable sanctions regime that could be scaled over time; and draw a clear connection between addressing the current crisis and accelerating the energy transition.

The roll-out of such an approach could be coupled with a host of efforts to calm markets—including additional measures to boost domestic production—and further outreach to OPEC partners. Indeed, a diversification fund might also provide some of those partners with a stark example of excessive oil revenues being funneled directly to diversification and import reduction.

Not always about money

Whatever their form, energy sanctions should include innovative ways to maximize the pressure on Vladimir Putin while minimizing the pain for struggling economies and consumers. A coordinated and punishing tax on Russian energy is one way to do that, if it can be applied quickly and with strong implementation.

Yet given the dramatic and fast-moving nature of events, and the widespread horror at ongoing Russian violence in Ukraine, anything resembling a balanced approach may not rise to the moment. Voters on both sides of the Atlantic are clearly motivated to respond, and they broadly support strong measures, even in the face of economic pain. Ending the bloodshed and checking violent Russian expansionism are the most pressing matters, but their aftermath will reveal a new international landscape with profound questions about the future of global energy security.

Phillip Cornell is a principal at Economist Impact and a nonresident senior fellow at the Atlantic Council Global Energy Center.