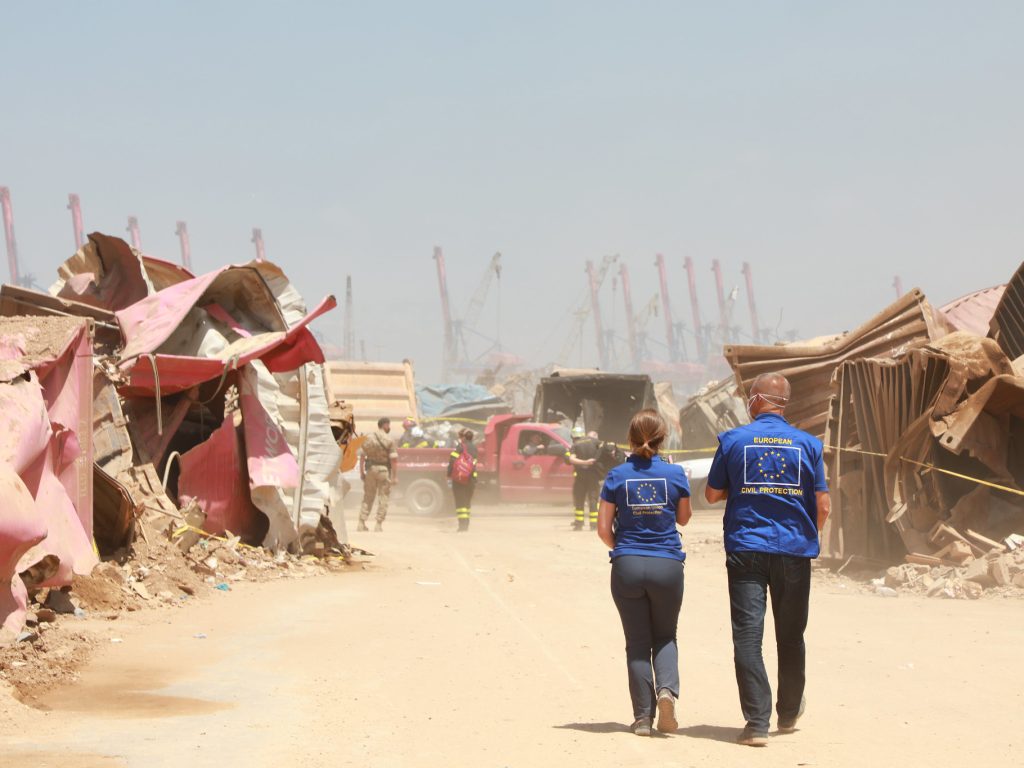 Eleven years ago, as popular uprisings erupted across the Middle East and North Africa, Europeans imagined themselves as partners of choice for democratic and economic transitions that would create pathways to sustainable stability. This dream failed catastrophically. The region was overwhelmed by instability and conflict, and Europe, in turn, by waves of refugees and deadly terrorism. Through it all the European bloc found itself marginalized, crowded out by the more assertive interventions of regional and non-regional actors.

More than a decade on, the region—and Europe’s position within it—finds itself at another potential pivot point. After years of destabilizing, zero-sum confrontation the region is now witnessing a cautious turn toward diplomacy. This de-escalation is being welcomed by Europeans as offering a potential pathway out of the morass. But the region’s new diplomatic pathway is fragile at best and papers over stark realities. The current lull risks being only a temporary pause before destabilizing forces are reenergized, not least if Iranian nuclear negotiations collapse. New diplomacy is also paving over deep structural vulnerabilities—unresolved socioeconomic issues that were at the heart of regional unrest a decade ago and which the war in Ukraine is exacerbating.

Many in Europe want to put their southern neighborhood to one side as they concentrate on the Russian threat in the east, but they are unlikely to have the luxury of doing so. Amid an increasingly competitive and multipolar regional order—one in which longstanding European reliance on the United States can no longer be counted on—the bloc needs to grapple with how it can become a more relevant actor to help cement positive openings and forestall new dangers.

On the upside, the region is clearly exhausted by the series of devastating conflicts that have engulfed it over the past decade. Key actors are suddenly talking rather than fighting. A key driver is a regional perception of US disengagement as Washington “rightsizes” its presence after two decades of overstretch. Former US President Donald J. Trump’s unwillingness to back his maximum pressure campaign against Iran with action in response to Iranian-linked attacks on Saudi oil facilities in September 2019 magnified a growing sense of Arab Gulf vulnerability. US President Joseph R. Biden, Jr.’s subsequent willingness to reenter talks to restore the Iranian nuclear deal reinforced the belief of a Western willingness to accommodate Tehran—and of the regional need to do likewise to safeguard its security.

The most notable marker of this shift has been new bilateral diplomacy between Iran and Saudi Arabia. This has been accompanied by dialogue between Iran and the United Arab Emirates. And in a sign of a wider turn, Abu Dhabi and Riyadh are also restoring ties with Turkey, overcoming a divide that has been equally destabilizing. Though still nascent, this diplomacy offers a pathway toward much-needed regional de-escalation. It has helped secure a truce in Yemen, a conflict long consumed by regional confrontation.

While many contest the benefits of US regional retrenchment, it is now helping push actors toward dialogue to manage their own security concerns, a dynamic that Europeans should be encouraging. The European Union (EU) and E3 states, who have been at the heart of negotiations to revive the Iran nuclear deal, have made a concerted effort to ensure wider regional buy-in for this effort. France, in particular, has actively supported wider diplomatic tracks, including by co-convening the August 2021 Baghdad Conference for Cooperation and Partnership, which marked a public breakthrough in regional dialogue.

French officials will, however, be the first to concede that substantive progress remains far off, as demonstrated by the lack of underlying progress in finding political solutions to regional conflicts such as Yemen and Libya (even if recent ceasefires have been welcome). Despite new dialogue, Iran—operating from a position of regional strength—has yet to make significant concessions, and many Arab Gulf states are still only engaging with Tehran begrudgingly, driven by a sense of vulnerability rather than a proactive desire to build a shared regional order.

This tactical diplomatic turn could still collapse. The possible failure of nuclear talks with Iran is a critical dynamic that would risk again inflaming tensions. Iranian nuclear escalation and a Western return to a wider campaign of maximum pressure, as well as possible Israeli action against Tehran’s nuclear capabilities, would likely push the region toward new confrontation. Yemen and Iraq could well reemerge as venues of escalation.

To make matters worse, this fragile geopolitical landscape is being shaken by the price shocks emanating from the war in Ukraine—notably in the food and energy markets. While many in Europe are focused on the political hedging underway as some Arab Gulf states (and Israel) refuse to condemn Moscow outright for its invasion of Ukraine, it is the economic implications of the war that may be most materially impactful for European interests. The war will be immensely destabilizing for regional states that do not produce oil, many of whom are already hovering on the edge of economic collapse. With real food prices at their highest since the Arab Spring uprisings, the likes of Yemen, Lebanon, Syria, Libya, and Egypt all face acute food security risks which will play into the economic unravelling that is already underway, accelerating the risk of new unrest. These dynamics highlight the degree to which core socioeconomic drivers of the Arab Spring a decade ago remain unaddressed with the continued endurance of broken economic systems that deprioritize popular needs. This may act as a further impetus for regional securitization, with the ongoing authoritarian turn in Tunisia—long viewed as the last democratic hope of the Arab Spring—starkly illuminating this regional trajectory.

Given this backdrop, Europeans need to be assessing their regional priorities. Consumed by the war in Ukraine, many in Europe want their southern neighborhood to be as much of a non-issue as possible and are likely to narrowly concentrate on transactional dealmaking focused on immediate energy and migration interests. Europe’s intensified outreach to Arab Gulf energy producers is a clear sign of this. The bloc’s increasing willingness to fall into line behind Morocco’s Western Sahara demands to avert new tensions with Rabat is a further demonstration of this approach.

But Europeans cannot afford to look away from the region’s wider challenges given the direct impact that further deterioration will have on core European interests. It is critical that fragile diplomatic pathways are protected. Even if Iranian nuclear negotiations collapse and Europeans join the US in re-imposing sanctions on Tehran, they should not seek to end regional dialogue in a bid to impose more pressure on Tehran. Europeans also need to increase their focus on addressing the region’s widening economic challenges, in terms of both the immediate ramifications of the Ukraine war, as well as the deeper structural underpinnings. This should, most immediately, mean helping the region navigate the looming food crisis.

Europeans will need to grapple with the regional impact of a global order increasingly defined by multipolarity and great-power competition. Europe’s regional interests have long been tied to US leadership in a manner that is no longer possible given the rebalancing of US global priorities and the increased assertive of other players. The war in Ukraine has accelerated this dynamic, manifested in the reluctance of key regional states to condemn Russia’s invasion and Riyadh’s efforts to keep oil prices high as part of the OPEC+ agreement with Moscow.

This shift in regional power dynamics asks significant questions of Europeans. In a multipolar regional order, they have more to offer than many, but it remains uncertain that they can overcome internal divisions and an aversion to hardnosed power politics to assert their relevance. Working together they could represent a more influential geopolitical weight able to help secure progress in key conflicts such as in Libya and Yemen. Europe could also play a decisive role in preventing the full collapse of diplomacy with Iran. At the same time, the size and added value of European economic engagement counts for far more than is often acknowledged, and will be particularly important as the effects of the Ukraine war play out. Whether in trade, support for economic diversification, or managing humanitarian, energy and climate challenges, Europeans are still often partners of choice for actors in the Middle East. The bloc brings more to the table on many of these issues than either Beijing or Moscow, with Russia’s regional sway ultimately likely to be further undermined by the Ukraine debacle. Europeans need to be clear eyed about the extent of their influence, but their collective weight and tools need to be strategically deployed to address deep-seated regional vulnerabilities.

Julien Barnes-Dacey is the director of the Middle East and North Africa program at the European Council on Foreign Relations.